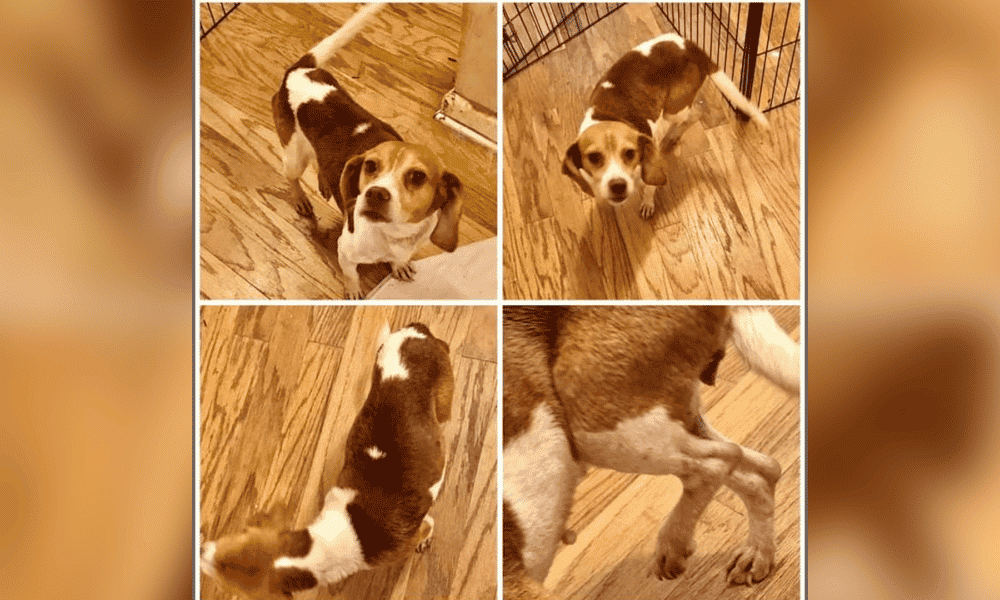 A $100 reward is offered for locating a missing beagle with an injured hind leg.

Kacie Lindsey is the supervisor of the Vicksburg Animal Shelter, but she spent her July 4 helping another county that has no animal shelter or control. Meanwhile, she and volunteer Tracy Chaney took in a beagle with a leg injury around noon that day.

Few details can be released about the case at this time, but the beagle, who has been named Nadine, was caught in connection with an animal cruelty case involving 24 animals. 11 of the 24 have been taken care of and Lindsey plans to pick up the remaining 13 on July 6.

Special attention is always given to the animals that Lindsey and her volunteers rescue. However, Nadine slipped through the door and escaped her caregivers. She’s been missing for over 24 hours. According to a Facebook post Lindsey posted, she exited in the Wildwood Subdivision in Vicksburg. It could be located near Alcorn Drive, Elizabeth Circle, Clay Street or Mission 66. It is also possible that it is located in the military park.

Nadine doesn’t know her name and might be hard to catch. She has been described as being very shy.

Anyone who sees her is asked to contact Lindsey immediately at 601-218-5706. Nadine has a back leg injury that she cannot gain weight on, so special attention is recommended. She needs veterinary care as soon as possible, so it is imperative to find her quickly.

Lindsey personally offers a $100 reward to locate her.