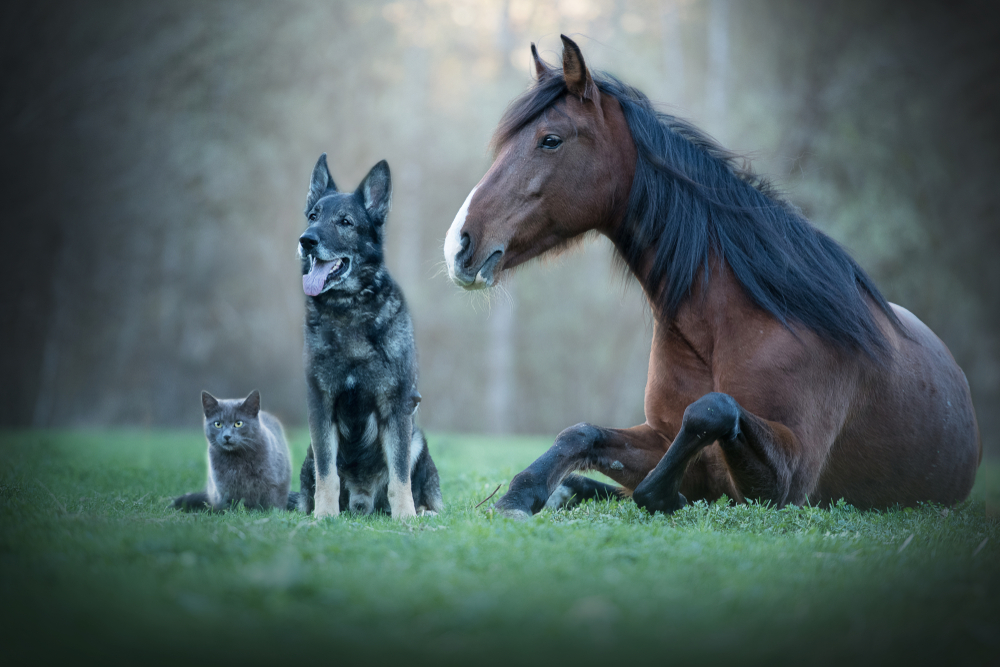 Humans have lived with animals for so long that it’s hard to imagine that there ever was a time when we didn’t have furry or feathered companions to help us in some way. other. Although the number will vary depending on how you define “domestication,” science has identified 30 to 40 species that we have either downright domesticated or with whom we have at least bonded for our mutual benefit. Whatever the criteria, domestication was by no means a simple or linear process. This has happened in spurts over the millennia, at different times and places around the world.

But once domestication began, we didn’t just change the animals we brought into our lives; they also changed us. Mankind would be very different today – and might not have prospered to the extent that it did – without the help and support of domestic animals to help us hunt, carry burdens, providing food and materials for clothes and tools, and much more. Here is a timeline of some of the most important creatures we have brought into our lives.

As implied by this vast array of millennia, there are many debate about when humans first attempted to domesticate dogs (or their wolf ancestors). However, archaeozoologists and geneticists do not dispute that “man’s best friend” was also our first friend in the animal kingdom. The relationship, which some call coevolution between two species, began in our time as nomadic hunter-gatherers, long before we started to cultivate or build any kind of civilization. Practical for hunting, protection, pest control, and companionship, dogs may even have given early humans a development edge which allowed them to outdo the Neanderthals.

Read more: Dogs co-evolved with humans like no other species

We have known them since their childhood! Seriously, goats and humans go back a long way. Some researchers consider goats to be first animal species to be domesticated (sheep were also nominated for this role). It is certainly true that the oldest known Cattle DNA, found in Iran, belonged to a goat and dates to around 8200 BC.

Robust and well adapted to varied terrains, wild goats evolved from the bezoar ibex and proved ready for the first efforts of breeding and reproduction. Unlike dogs, goats provided a source of food (milk and meat) and other useful materials, including hair, skin, bones, and tendons for everything from clothing to tools. Even their droppings were useful – their droppings served as fuel for burning.

As humans settled down, hunted less, and farmed more, we gradually attracted many beasts that we collectively know as the cattle under our control. Recent research has traced all cattle to a small herd domesticated from beef 10,500 years ago. The cattle offered a level of food security that we could not have hoped to match as hunters. When they weren’t feeding us (or providing us with leather), they could also plow our fields and haul our freight. Thus was born the beast of burden.

If the story had played out a little differently, or if an early daredevil had doubts about jumping on one’s back, horses today might be thought of as mere bovine animals. place of the noblest of farm animals. We know, thanks to rock art dating back 30,000 years, that the first relationship between man and horse was that of predator and prey; wild horses were hunted for food. The first efforts at domestication, usually attributed to people living in the Western Eurasian Steppe, did the same job, providing an immediate supply of meat and milk for the human guardians. But the evidence shows that humans also viewed horses as more than a source of food or a beast of burden.

Archaeological research revealed signs that a thong bridle – a harness for rudimentary reins – was used on horses 5,500 years ago, suggesting powerful equines were ridden. The horse’s strength and speed would eventually provide mankind with benefits that even the faithful dog could not provide us. Horses allowed exponentially expanded opportunities for transportation, commerce, communications and, sadly, war. When it comes to crucial human-animal relationships, almost nothing matches the horse. Sure.

The sarcophagus of the cat of Crown Prince Thutmose, the eldest son of Amenhotep III and Queen Tiye. (Credit: Larazoni / CC-by-2.0 / Wikimedia Commons)

It should come as no surprise to any cat owner that our feline friends are the last on this list to join humanity in domestic bliss. If it was possible to get one for registration, cats might well pretend they have never been domesticated. They certainly weren’t when we first encountered them, and for centuries afterward.

A DNA investigation The past 9,000 or so years of cats (both wild and tame) indicates that cats have lived in close proximity to humans for centuries without actually being domesticated. Instead, they enjoyed mutual benefit love relationship with us. Wild cats would have been attracted to humans because our early agricultural efforts generated both resources and waste. Food and garbage attracts vermin, and vermin attracts cats. Finally, we revered them, took them traveling, and brought them to our homes for company. The first proof that cats had become lodge cats comes from Egyptian art dating back 4000 years ago.