65 Animals Rescued After Lawsuit Shuts Down at Maryland Roadside Zoo 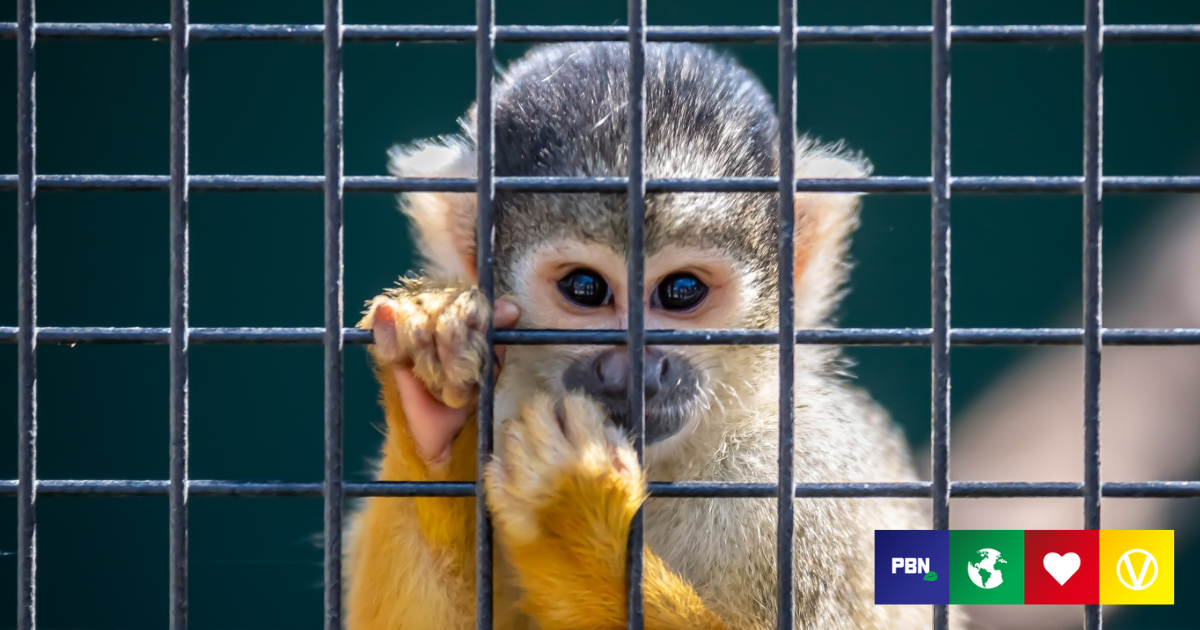 Sixty-five animals have been removed from a roadside zoo in Maryland in the largest such rescue in PETA history.

Squirrel monkeys, bears, alligators, iguanas, pythons and turtles were among those to be saved.

The Tri-State Zoological Park is owned by Bob Candy. According to animal rights organization PETA, the park “has repeatedly failed to meet minimum federal standards for animal care.”

As a result, the zoo has been repeatedly cited by the USDA for several years for various violations. These include not having adequate fencing for his tiger. It also did not prevent humans from entering the “perimeter fence area”.

In 2020, after one of the zoo’s neglected tigers died from a lack of veterinary care, PETA filed a lawsuit. A federal judge ruled the park violated the Endangered Species Act. He was later ordered to pay PETA more than $1.2 million in legal fees.

After that, three big cats were removed from the zoo and moved to a sanctuary.

Now, Courthouse News reports that the zoo is totally empty. Through another legal agreement, PETA was allowed to move all of its animals to accredited sanctuaries and zoos.

Some, like a morbidly obese bear, a belly pig with a tumor, and a severely dehydrated and now blind blue-tongued skink, will need urgent veterinary care.

Brittany Peet is PETA’s general counsel for captive animal law enforcement. Peet said in a statement: “Thanks to the relentless trial of PETA and more than a dozen facilities that provide top-notch care, another shoddy roadside zoo has been removed and the animals saved.”

What is the difference between a roadside zoo and a licensed zoo?

PETA has moved Tri-State animals to sanctuaries and rehabilitation centers, but also to select zoos, including the Oakland Zoo and the Detroit Zoo.

A lot of people are against zoos, period. But accredited facilities, which are regulated by the Association of Zoos and Aquariums, generally offer a much better level of care than roadside operations.

Some zoos are also operated by non-profit organizations. Oakland, for example, is managed by the Conservation Society of California and regularly works with PETA to improve standards for protecting wildlife in captivity.

Roadside zoos, however, do no such thing and are primarily profit driven. There are thousands of them across America (like the one seen in the 2020s tiger king). The majority are not bound by any standard or regulation. And for the most part, the employees have no real prior training in animal care.

As Jennifer Jacquet, an associate professor of environmental studies at New York University, writes for the Guardian, “In a roadside zoo, a single chimpanzee can live its entire life behind bars on concrete.”

“Half a dozen wolves roam a cage smaller than a studio,” she continues. “Tigers may appear to be surrounded by trees, but there are no trees in their cages – they are just a backdrop used to trick the tourist into thinking that the animals live their lives in a space as wooded and lush as the one tourists visit.

PETA notes that many animals often end up suffering extreme psychological distress from their environment.