A young dolphin rescued by researchers in Clearwater, Sarasota 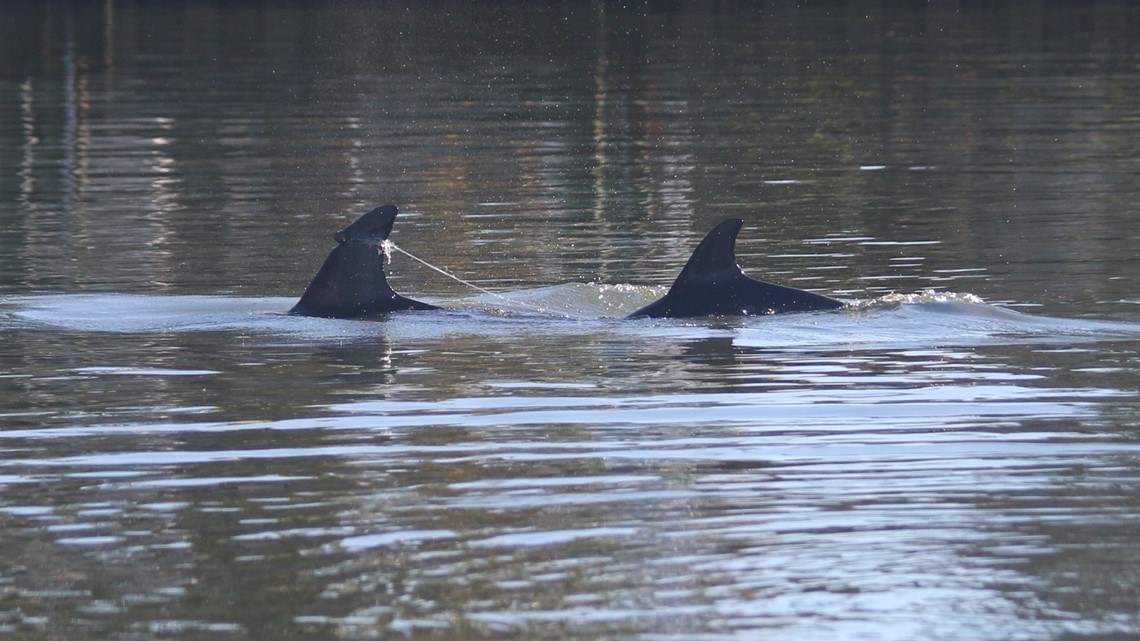 CLEARWATER, Florida — Editor’s note: The video above is taken from a previous story.

A struggling baby dolphin swims to safety off Clearwater Beach, thanks to a team of lifeguards from multiple Tampa Bay-area organizations.

In December, the Clearwater Marine Aquarium spotted a young dolphin, still in a pair with its mother “Matilda”, badly tangled in a fishing line near Clearwater Beach.

At first, the CMA, in conjunction with the Florida Fish and Wildlife Conservation Commission, continued to monitor the dolphin in hopes that it would get rid of the line on its own. The organization even warned the public not to intervene, lest it could add further stress or harm the animal.

But, after continuous monitoring and a failed attempt to remove the line remotely with a long-handled cutting tool, researchers knew they had to intervene.

According to the Sarasota Dolphin Research Program, which led the rescue, the line had severed much of the dolphin’s dorsal fin and continued to cut the animal, wrapping around its peduncle – the place where the dolphin’s tail connects to its body.

Thus, a team of veterinarians and biologists met on January 13 to discuss the best course of action.

“While we knew that such an operation involved many risks for the dolphin and the humans, the participants agreed that the calf risked an almost certain and very unpleasant death if the equipment was not removed,” wrote the director of the PRRS, Dr. Randy Wells.

The team was able to safely circle the dolphins and remove the line from the calf, which was determined to be female, before giving it a dose of antibiotics. After the five-minute procedure, mother and baby were released and swam together.

Researchers continued to monitor the baby dolphin, noting that it was more active and swimming better than before the line was removed.

“We remain concerned about this dolphin, however. Given the very disfigured shape of its dorsal fin, it is at high risk of continuing to catch line on it, and we may need to intervene again,” Wells added.

The organization is now warning boaters and anglers to be environmentally aware while out on the water. This means spooling in your line when dolphins are nearby, collecting any materials caught in the mangroves, and avoiding potentially dangerous tools like braided fishing line.

For more tips on dolphin safety while on the water, check out the Sarasota Dolphin Research Program website.