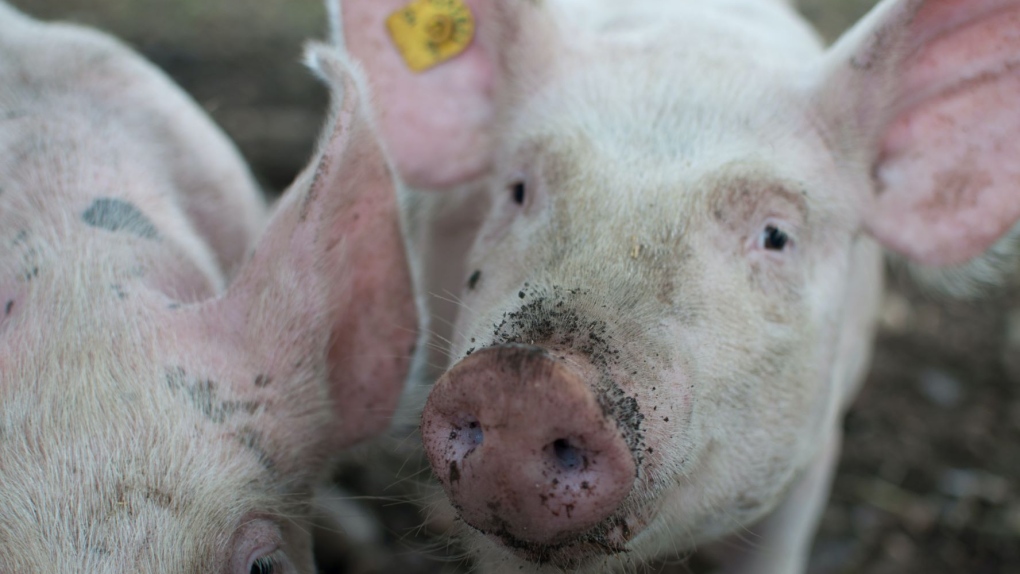 Several animal rights activists were found guilty on Thursday of obstruction and break and enter after occupying a pig farm in Saint-Hyacinthe, Quebec. in 2019.

The 11 activists from the Direction Action Partout – DxE group entered the Porgreg farm around 4 a.m. on December 7, 2019 and broadcast their operation live on Facebook before the Quebec provincial police showed up and arrested them.

Activist Jenny McQueen narrated the video in a bid to share the conditions inside the facility with the public.

“We demand that the media come and film the conditions we find here,” McQueen said in the video at the time.

She and 10 other activists were found guilty on both counts following their trial, which began last October at the Saint-Hyacinthe courthouse, about 60 kilometers east of Montreal.

A judge found them not guilty of one count of mischief.

Anne Shaughnessy, one of those convicted, wrote in a statement to CTV News on Thursday afternoon that the group was “fully prepared to be shut down if our demands are not met. But we are nowhere near criminals!”

“It is important that the media start covering what is really happening on Canadian farms. We can help animals by convincing one person at a time to let animals off their plate, but that won’t change things fast enough for animals.

A sentencing hearing is scheduled for May 6.