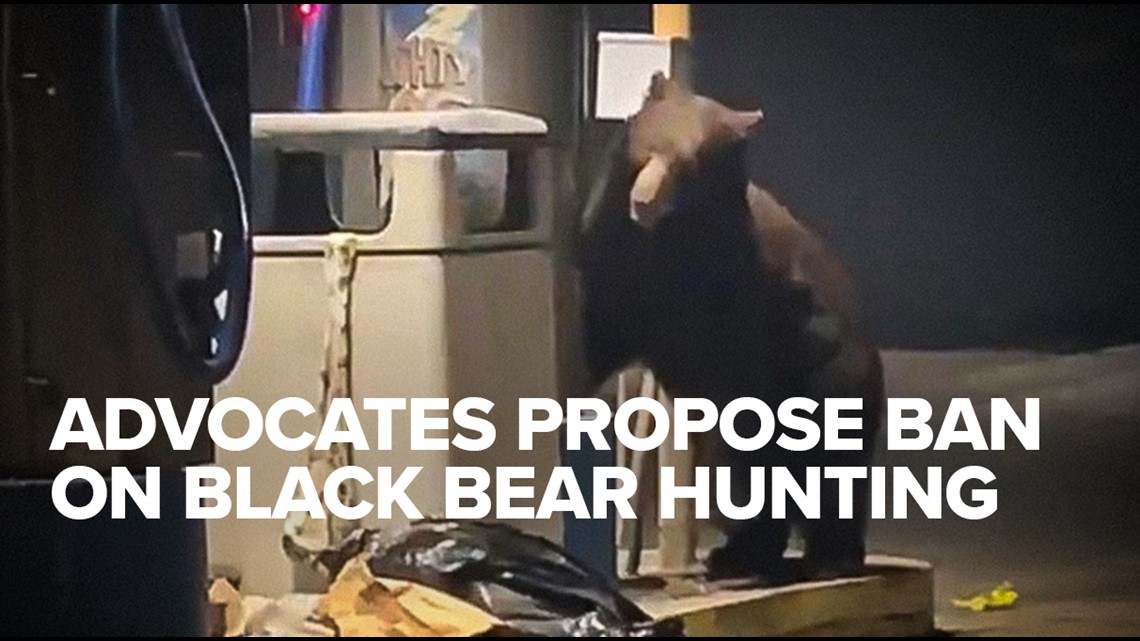 Proponents say a key problem with state hunting policies is the lack of a good black bear census.

HUMBOLDT COUNTY, Calif. – The animal rights group known as The Humane Society of the United States recently filed a petition with the California Fish and Game Commission in an attempt to end the practice of black bear hunting.

A spokesperson for the state commission told ABC10 that they received the petition last month and will consider its requests at their February meeting.

“In this case, the proposal is essentially a moratorium on bear hunting until the management plan is released,” said Melissa Miller-Henson, the commission’s executive director. “If this plan were published before the commission met, it would render the petition moot.

Humane Society of the United States officials say they react to newly released annual report Black Bear Take Report for 2020, prepared by the Department of Fish and Wildlife, which can be viewed below.

The report shows the black bear population in state hunting areas between 10,000 and 22,000 black bears — meanwhile 2014 estimates from the department show that the population was around 28,000 and 41,000 before the start of this year’s season.

Data published in the 2020 Fish and Wildlife report also shows that the number of black bears reported killed each year peaked at 2,029 in 2008. The state’s 2021 hunting season ended with 1,207 black bears killed. .

“We’re just asking the agency to pause bear hunting until we can get a good population count,” Wendy Keefover of the Humane Society of the United States told ABC10.

Keefover, chief of the organization’s wildlife department in the protection of native carnivores, said a key problem with state hunting policies is the lack of a good census of black bears.

The Fish and Game Commission states that those who purchase the $52.66 residential hunting license must report their bear kills to the commission, stating on its website that the bear skull must be presented to the CDFW within 10 days.

Keefover acknowledged that the road to banning black bear hunting will be difficult, following a previous attempt by State Senator Scott Wiener in 2021 which failed after backlash from hunters.

But she said she was not discouraged.

“The trend of bear hunters is on the rise. Even with all those extra hunters on the ground, we’re still seeing fewer and fewer bears being killed, so they may have already killed them,” Keefover said. “We don’t have good data. That’s the problem.