Around 4,000 beagles from the controversial Cumberland breeding facility will be released for adoption in the coming months 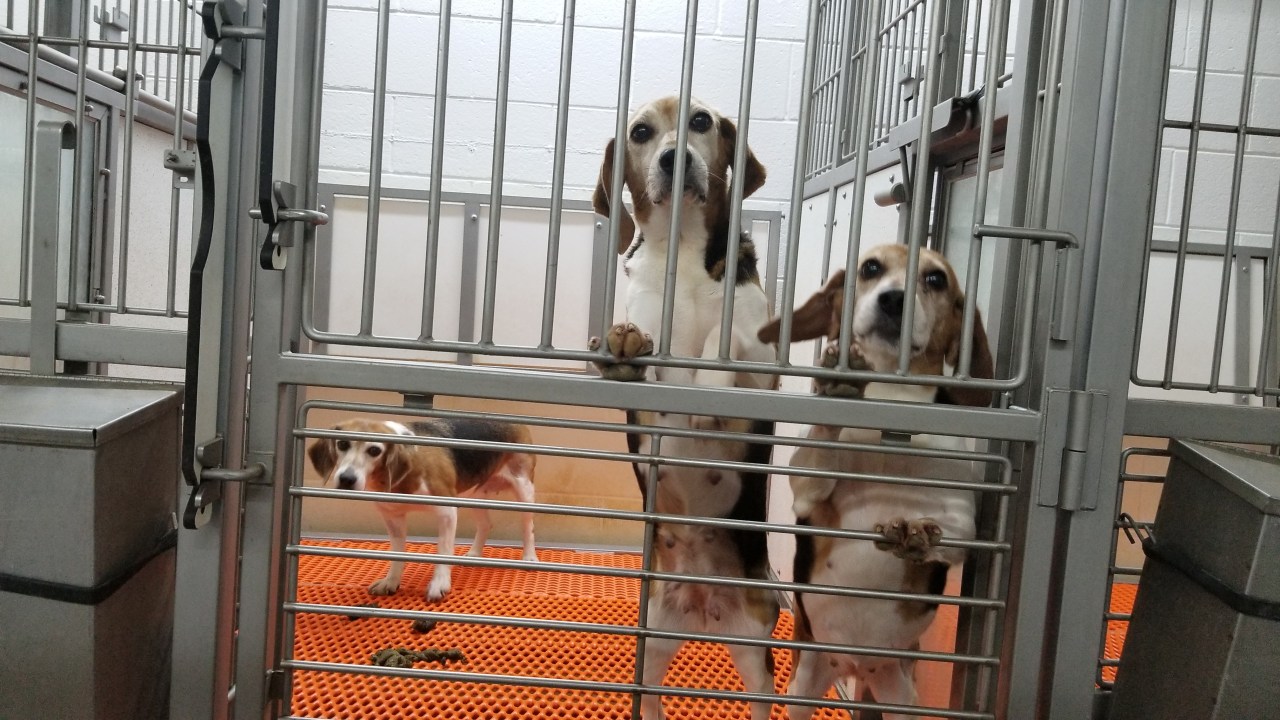 CUMBERLAND COUNTY, Va. (WRIC) — After years of investigative reports from 8News and undercover operations by People for the Ethical Treatment of Animals (PETA), a judge has sealed the fate of approximately 4,000 beagles which were bred and sold for experimental purposes to Envigo’s facility in Cumberland County.

On Tuesday, Senior U.S. District Court Judge Norman K. Moon approved the plan to transfer puppies and dogs from Envigo to central Virginia in conjunction with the company itself.

“This plan gives these parties a total of 60 days from its approval, which was yesterday, to quickly, safely and humanely remove every dog ​​and puppy from this facility, and the Humane Society of the United States [HSUS] is the only party that is going to manage this transfer,” PETA vice president of evidence analysis Dan Paden said. “HSUS will then apparently be transferring these animals to animal shelters and rescues over the next few months, as much as possible on the East Coast and in the Midwest, I think, to minimize the time these animals need to be transported.

Speaking to 8News on Wednesday, Paden said he expects the Envigo beagles to be released by the end of July and early August, many of whom will likely remain in central Virginia. A spokesperson for HSUS said the nonprofit is still clarifying where and when the dogs and puppies will be available for adoption.

“Envigo will, under the plan, donate $100 per dog and $150 per nursing mother with a litter under 8 weeks old, to help cover the costs that SPCAs, humane societies and rescues will incur in caring for them. these animals and shelter them until homes can be found for as many animals,” Paden said.

Last June, Inotive, Inc., the parent company of Envigo, announced the closure of two of its facilities in Virginia, including one in Cumberland County. The other is a rodent breeding center in Dublin.

Since acquiring Envigo in November 2021, the Cumberland, Virginia facility has been recognized as in need of improvements and investment. Inotiv has been pleased with the continued and significant progress in improvements to the Cumberland plant since the acquisition, as evidenced by recent inspections by USDA and other auditing organizations. We sincerely appreciate the contributions of our customers, employees and third parties to date in support of this facility. The investment required to improve the installation and the time to achieve these improvements have recently increased. Therefore, we have decided to no longer invest in this facility and it will be closed. We will put in place an orderly closure plan. Cumberland represents less than 1% of our total Inotiv revenue and has not contributed to earnings in our Research Models and Services segment since the acquisition.

According to the June 13 release, the announced closures of the Cumberland and Dublin facilities will not impact the company’s financial guidance for fiscal year 2022.

“Removing this facility from ‘production’ is going to have a huge impact on the number of such animals that are used for these experiments,” Paden said. “They treat and experiment with all kinds of animals in the United States and abroad. So the fact that they finally do the right thing and shut this place down and let these animals have the chance they deserve is not going to change our interest in them, and we will always pay very close attention to this happening in their laboratories and on their farms.

The announced closure of Envigo’s Cumberland County facility and transfer plan to bring the beagles inside for adoption came after undercover investigations uncovered dozens of violations of welfare laws. to be animal.

Last April, Virginia Governor Glenn Youngkin signed five bills to support animal welfare reform for experimentally bred and sold dogs and cats, known as the “Beagle Bills.” . They clarified the inclusion of these animals in protections under Commonwealth animal cruelty laws and gave authorities the ability to take action in the event of breaches.

“At some point, Envigo and its parent company came to the conclusion that they were not going to sell a single one of these animals and luckily every one of them was going to be made available for adoption,” said paden. said. “They will face behavioral issues. They were brought up under very stressful and very difficult conditions. They didn’t have much contact with humans. The contact they had with humans was not positive. So they will probably need a lot of patience. They will obviously need very good homes, people willing to work with them to help them adjust to the typical life of a dog, which will be totally alien to them in every way.

Check out the court documents from the case below: