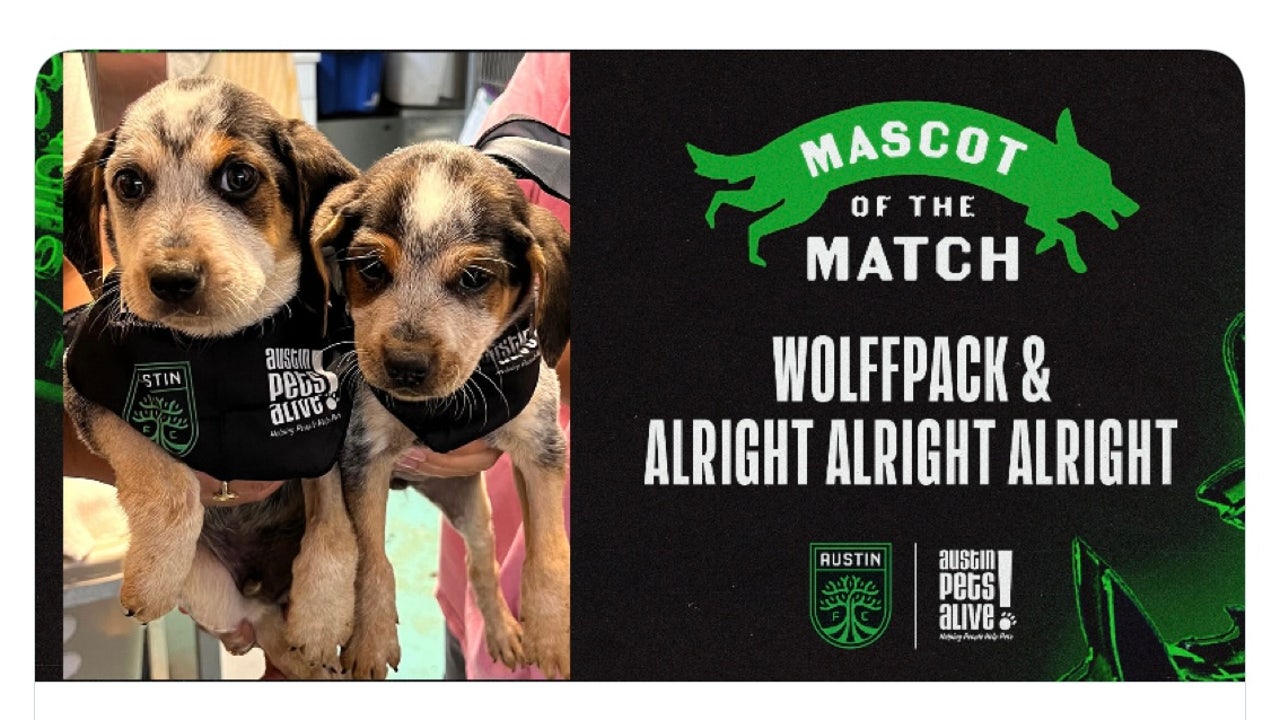 AUSTIN, TX – The Austin F.C. Honor mascots have been revealed for the team MLS Western Conference Semi-Final against FC Dallas.

Both are parvovirus survivors which can be fatal if left untreated, however, APA’s first Parvo intensive care unit! treats nearly 1,000 puppies and dogs each year.

Previous honorary mascotsListo and Verde, were adopted within 24 hours of their debut at Austin FC’s first–never playoff game at the Q2 stage last weekend.

Dustin was recently the “Mascot of the Game” at Austin FC’s recent home game. Suzie Chase has details about him.

Austin FC has partnered with Austin Pets Alive! in April 2021 introduce adoptable dogs as honorary mascots at Stage Q2 in an effort to raise the profile of dog adoption across the region.

So far, 14 honorary mascots for the 2022 season have been adopted, including Dustin, who was introduced as FOX 7 Austin’s Pet of the Week in September.

Anyone interested in adopting a puppy or dog from Austin Pets Alive! should visit the shelter website.

Those interested in donating to the nonprofit shelter’s mission to end pet euthanasia can donate here.