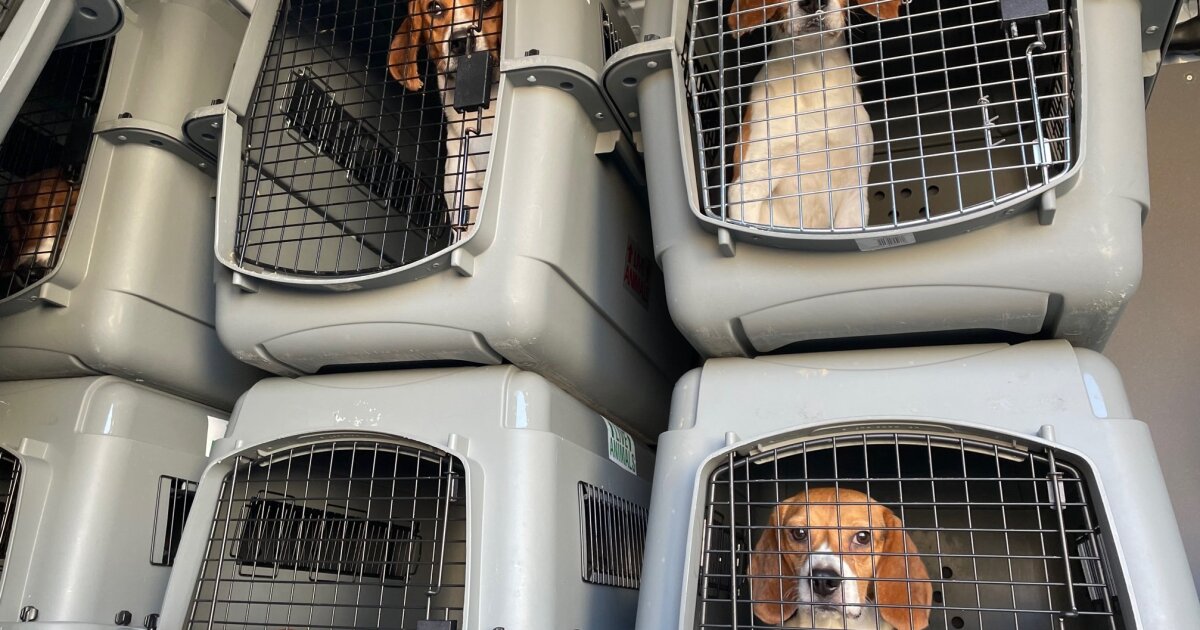 Dozens of beagles who have lived in cages, never had homes and never walked on grass will be airlifted to Gillespie Field in El Cajon on August 31 and ready for adoption .

The San Diego Humane Society said it is expecting more than 100 dogs as part of a total of 4,000 beagles captured in the largest-ever animal rescue in the United States. More than 75 shelters and rescues nationwide are working to find homes for the dogs.

An animal research breeding facility in Virginia has agreed to release the dogs as part of a deal to settle a lawsuit alleging multiple welfare violations. The mass rescue of these beagles has reignited discussion about the ethics of animal research.

“Beagles are great dogs, that’s why our very own Charles Shultz in California made the beagle the American dog with Snoopy, he’s a great dog.” Weitzman, a veterinarian, said.

Weitzman said once the beagles – who could be between 3 months and 7 years old – arrive in El Cajon on Wednesday, it will take about a week to get them ready for adoption.