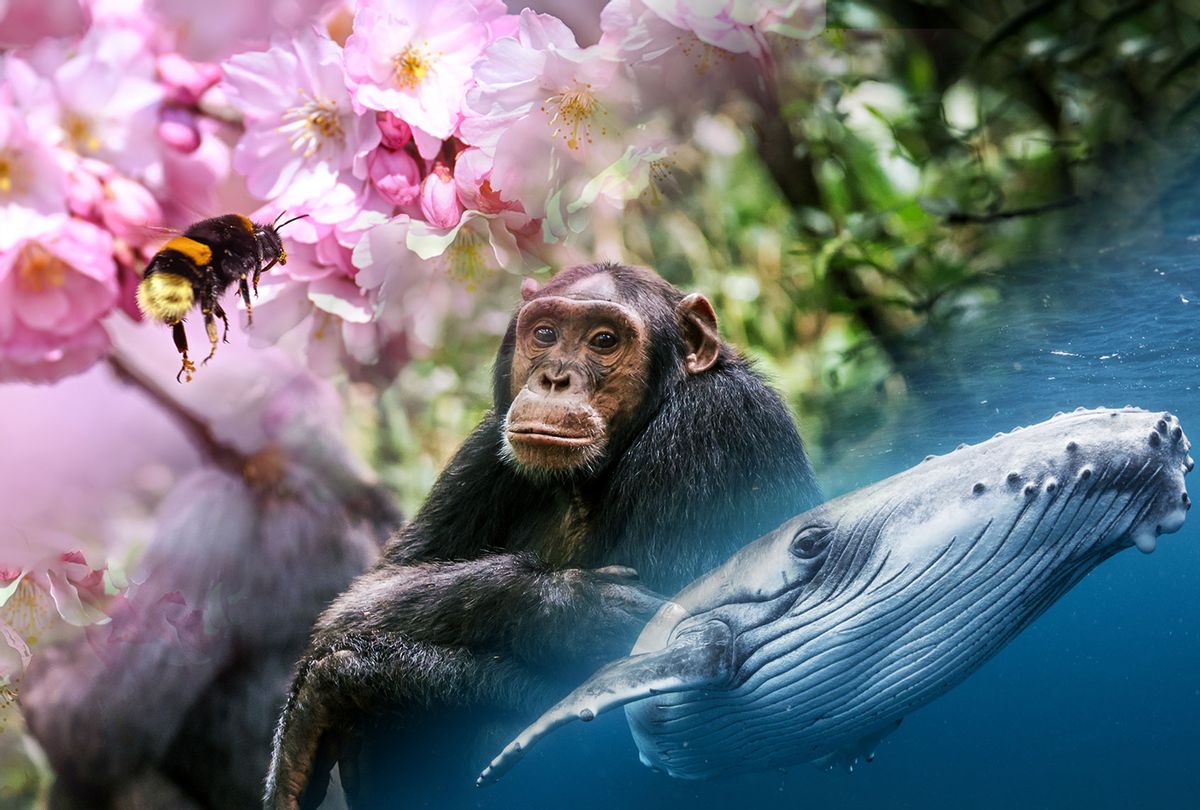 Unlike some biologists, Professor Ashley Ward does not just observe animals, but try to understand how – and if – they talk to One and the other. The renowned wildlife expert spends much of his professional time in exotic locales like the Great Barrier Reef and Narrabeen Lagoon, where he will observe schools of fish making instant collective decisions, such as simultaneously turning in a specific direction, and wonder how fish can recognize each other. Over the years, he’s learned that fish use a number of overlapping systems to communicate, from their physiology to their environment.

Ward’s research is at the forefront of the study of animal socialization. Humans tend to project our own systems of recognition and communication onto the animal world — but it turns out that animals are too distant from us for the comparison to still work. Fish don’t smile or greet strangers, and yaks don’t feel embarrassed by a stray piece of food stuck to their beards. It turns out that the field of what animal “societies” look like is still booming.

Ward, an animal scientist, teaches at the University of Sydney. In 2016, Ward co-wrote “Sociality: The Behavior of Group-Living Animals” and four years later wrote “Animal Societies: How Co-Operation Conquered the Natural World.” Now he’s back with “The Social Life of Animals,” a book that delves into Ward’s obviously genuine passion for animal behavior. Rarely has a book been delivered with so much directness in its title: if you want to know more about the social life of animals, Ward’s book will provide it.

That’s not to say that all of these stories are heartwarming. For every anecdote of chimpanzees working together in a way that humans would do well to emulate, there are devastating tales of elephants and wolves appearing to cry or cockroaches experiencing loneliness. Like his previous books, Ward strikes an important balance between letting readers into the minds of animals and making it clear that the approach has limits. We may observe that vampire bats will regurgitate their meals for hungry roost mates, or that a school of fish will act in unison, but the former shows empathy and the latter to some degree deliberate planning?

Ward is careful not to say so, contenting himself with presenting the most recent scientific information and trusting readers to draw their own conclusions. Salon, as one such reader, posed the following questions to Ward via email.

The interview below has been lightly edited for clarity and context.

Is there any evidence that animals can feel empathy?

Interpreting an animal’s emotional state and feelings towards others is tricky to say the least. Nevertheless, there are many cases in which animals seem to show empathy. I describe some of them in the book, like how rats lend assistance to those in some degree of difficulty, or vampire bats’ willingness to provide food for hungry roommates. Are these examples qualified as empathy? Some say yes, while others remain skeptical.

Yet there are more widely accepted cases, for example in elephants supporting sick or injured herd members and appearing to mourn them when they die. Similarly, chimpanzees show empathy in some of their relationships with members of their communities, such as when consoling themselves after trauma. Regardless of the challenges in scientifically determining an animal’s emotional state, it seems unlikely that humans are the only animals capable of expressing empathy.

Even within our own species, the extent to which individuals show empathy varies enormously. Some people are happy to give blood freely, while others are quick to attack someone for the contents of their wallet.

What lessons can we draw from this? I would suggest first that empathy promotes the expression of behaviors that strengthen social bonds and that, although the recipient of empathy obviously gains from it, we should not underestimate the gain obtained by people who act in a way empathetic. We’re wired in such a way that doing good makes us feel good, and perhaps the same is true for the animals that support us. Second, the more we understand the animals we share the planet with, the more likely we are to sympathize with them and that can only be a good thing.

RELATED: Do octopuses have souls? “My Octopus Teacher” and the question of octopus consciousness

Are there any other lessons from your book that could be applied to humans today?

I think the overarching lesson is not to underestimate the power of sociality. Living and cooperating in groups is one of the most widespread behavioral strategies developed by animals to help them cope with life’s challenges. A large number of species across an incredibly diverse range of animal groups have adopted a social way of life, and this should give some indication of its importance.

We might watch in awe as a flock of birds twist and turn in apparent synchrony, or a school of fish seemingly acting in unison, but underlying this choreography is a simple set of rules that individuals use to maintain their position in the group and to avoid collisions. These same rules, refined by evolution over millions of years, have been co-opted by builders of self-driving cars, translating the spectacular self-organization of groups of animals into safe and efficient traffic systems for the future. Or we could look at how groups of animals come to decisions, like when bees decide on a new nesting site. Often, these groups collect a variety of information, gathered from a large proportion of group members, to arrive at the best decision. This so-called decentralized decision-making can yield better results than relying on the expertise of a single individual.

Such an approach could be recommended to politicians or CEOs, allowing them to tap into the “wisdom of the crowd”. More generally, however, the value of the support provided by belonging to a social group should not be underestimated. We see this social buffer in many animals, and we know that in our own species too, having a rich and varied social life is one of the strongest predictors of longevity. Indeed, a strong social network is even more important in this regard than regular exercise.

What examples of animals showing compassion, as mentioned in your book, moved you the most?

Again, we must be wary of attributing specific emotions or thoughts to animals, as we cannot know what is going on in their minds. Taking this into account, however, there are incredible reports of humpback whales intervening in killer whale hunts. Detecting orca activity from miles away, humpback whales move to position themselves at the epicenter of orca activity, sometimes going so far as to attack orcas with their massive pectoral flukes. It seems that humpback whales do this whether orcas attack another humpback whale or just another mammal, like a sea lion. Is it sympathy? We just don’t know. It could be a matter of revenge, as many humpback whales bear the scars of orca attacks when they were young, and perhaps the tumult of an orca hunt reminds them special memories. Or maybe they are able to remember what it was like to be the center of an orca attack and identify with the victim.

Similarly, sperm whales attacked by killer whales have been observed to protect a weakened member of the group from further injury by endangering themselves. Regardless of their motivations, or whether these examples are strictly labeled as compassionate, both are extraordinary – and potentially dangerous – responses that are carried out to help another animal.

Do animals have “souls”, to use the metaphysical term for a self-aware entity?

The concept of soul does not exist in biology, but we do know that some animals are self-aware. There are a number of tests for this, one of which is the mirror self-recognition test. In this, experimenters place a small mark on an animal, in a place on the body that cannot be seen directly, and then present them with a mirror. If the animal responds to this by examining the mark on its own body, it usually means that it understands that the image it sees in the mirror is not another individual but itself. There are an increasing number of animals, including some mammals and birds, that pass this test, implying that they are indeed self-aware.

Any investigation of self-awareness or animal consciousness is challenging – it’s hard enough to read another person’s mind, let alone an animal – but evidence suggests there’s more to animals than we attribute to them. We often fail to give them the benefit of the doubt in this regard. Take cattle, for example. We might think of them as heavy, brainless creatures, which is a useful trick because it keeps us from sympathizing with them and makes us feel less guilty for eating them. Yet we are beginning to understand that cattle have a much more sophisticated emotional capacity than we have attributed to them, they are able to recognize each other, build strong social bonds, and show every sign of suffering when those bonds are broken. . Are they aware of themselves? Maybe yes, maybe not, but the precautionary principle would suggest that we should treat them – and other animals – with due compassion and respect.