Beyond meat: laboratory insects and fungi to save the planet | science and technology 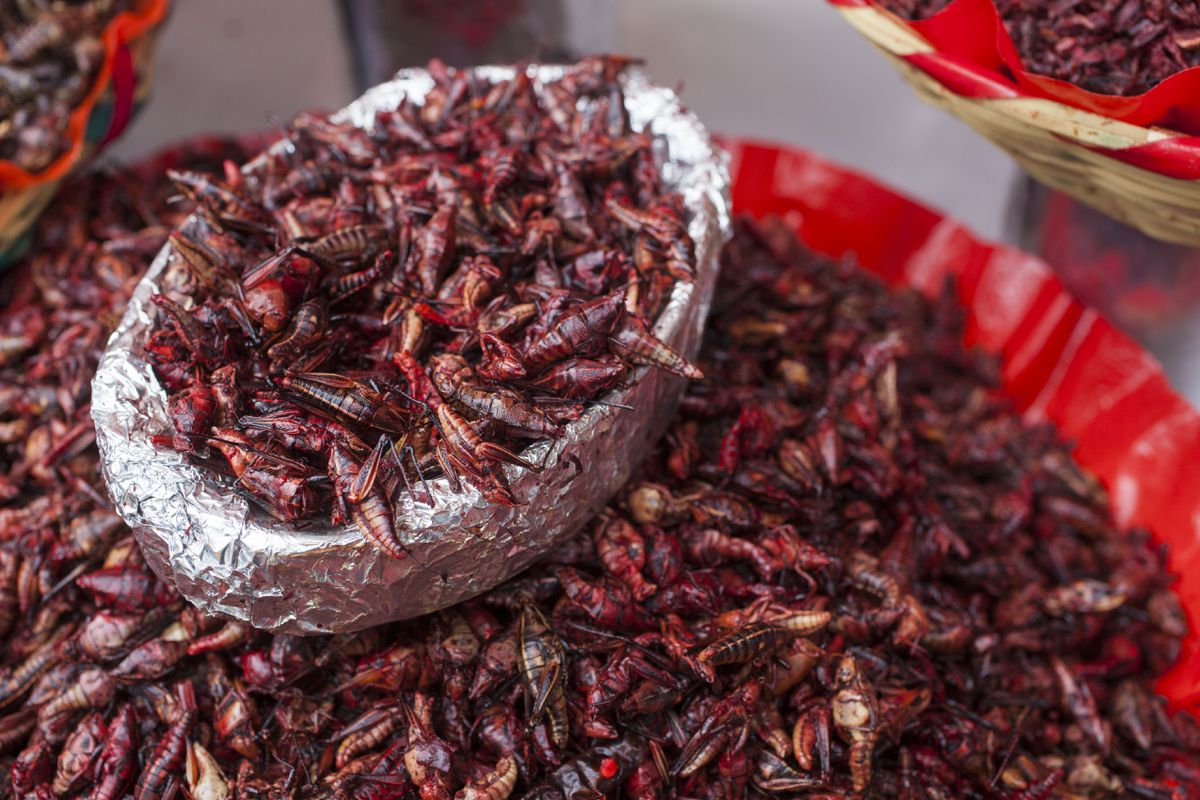 At some point in this century, our food production system will collapse. Currently, its most critical link is meat, especially beef, the production of which, according to FAO data, has doubled in the last sixty years. 80% of agricultural land is used for cows, pigs or chickens, either as pasture or to grow grain to feed them. Agriculture is responsible for a third of all emissions, with livestock being the main culprit. As the world’s population grows, humans will be faced with a dilemma: either we stop consuming so much meat, or we look for other sources of animal protein. Science is already pointing to several alternatives: insects, laboratory meat and nutrients of microbial origin. Different models indicate that they are at least as planet-friendly as vegetarian diets, if not more so.

Scientists from the Potsdam Institute for Climate Impact Assessment and the World Plant Center in Taiwan modeled what would happen if a percentage of the meat consumed was replaced with meat substitutes. The study, published a few days ago in Nature, focuses on mushroom proteins. Isabelle Weindl, researcher at PIK and co-author of the study, explains this choice: “There are vegetable alternatives, such as soy burgers, and animal cells cultured in petri dishes, also called cultured meat. But there are also microbial proteins from fermentation. For her, these are the most promising. Rich in protein, their texture is reminiscent of a steak, thanks to the stringy structure of mushrooms such as Fusarium venenatum. In addition, unlike vegetable alternatives such as tofu or seitan, among its components is a series of essential amino acids. Sausages and burgers have already been formulated with these mushroom mycoproteins.

Above all, its production can be largely decoupled from agricultural production. It would not require the deforestation of new areas and would free up millions of hectares. “Our results show that even taking into account sugar as a raw material, microbial protein requires much less agricultural land than meat from ruminants to offer the same amount of protein,” explains the German scientist.

Researchers predict that a certain percentage of meat in the diet will be replaced by these microbial proteins by 2050. If, within 30 years, it were possible to replace 80% of animal proteins with fungal proteins, the problem of global deforestation could almost disappear. , particularly in the Amazon and Congolese basins, which are currently the most affected regions. Greenhouse gas emissions would be 87% lower than if the current system were maintained. Although new land would have to be dedicated to the cultivation of sugar cane or sugar beets, since sugars are essential for fermentation, this land could come from reclaimed pasture and forage crop land. In addition, fewer cows ruminating would reduce emissions of methane, a gas with a warming potential 23 times greater than that of CO₂.

A less ambitious scenario, with only 20% substitution, would still bring a significant improvement. According to Florian Humpenöder, also from PIK and lead author of the study, “We find that if we replace 20% of ruminant meat per capita by 2050, annual deforestation and CO₂ emissions due to land use change land would be halved compared to a conventional scenario. Reducing livestock numbers not only reduces pressure on land, Humpenöder explains, but also decreases methane emissions from livestock and nitrous oxide emissions from fertilizer and manure management.

Rachel Mazac, a researcher at the Institute of Science for Sustainable Development at the University of Helsinki, published an article in late April on the incorporation of so-called new foods into the European diet and how they would contribute reduce the environmental impact of food. production. She summarizes the results of this work in an email: “The foods with the greatest potential turn out to be insect meal and cultured milk. But it also highlights microbial proteins, selected for “their lower impact and a nutritional profile that meets our dietary needs”.

His study, published in natural food, concludes that replacing animal-based proteins with those offered by these new foods could reduce the impact of protein farming on climate change by more than 80%. Comparing a vegetarian diet and a diet that includes insects, fermented dairy, and mycoproteins, the study finds a slight advantage for the former over the latter, but, as Mazac says, with a vegan diet, people “will also be able to stay healthy, feel good and have less of an impact on the environment.

From a nutritional point of view, it would be healthy to significantly reduce the consumption of animal products in current European diets. Mazac and Humpenöder are now showing that these animal protein alternatives are also good for the planet. A well-known supermarket chain has been selling insects for five years. Many grocery stores have long offered a variety of plant-based meats, and in February the European Union authorized the marketing and sale of bought domesticus, crickets, as food. But they haven’t yet played a role in most people’s diets.

For Ascensión Marcos, professor-researcher at CSIC’s Institute of Food Science and Technology and Nutrition (ICTAN), there is still a lot of research to be done for these models to have a real application. “Many unknowns remain to be resolved,” she says, including the palatability of these new foods. “If they don’t like it, they don’t like it,” she says. Acknowledging it’s a cultural issue, she says “it’s one thing to give bugs to an animal, and you eat the animal, and another to be the one eating the bug.” . There are, however, historical examples of cultural changes that have reduced or eliminated aversion to certain foods. She mentions the case of ham in East Asia or “seafood, which for the Japanese was like eating insects”.

Marcos also raises an objection that goes beyond science. “Like it or not, we are omnivores and we have to eat everything.” The real problem, she concludes, “is that we have a very poor diet, we eat too much protein, few carbohydrates and a lot of fat. It’s impacting us and the environment, and the food industry isn’t helping. »