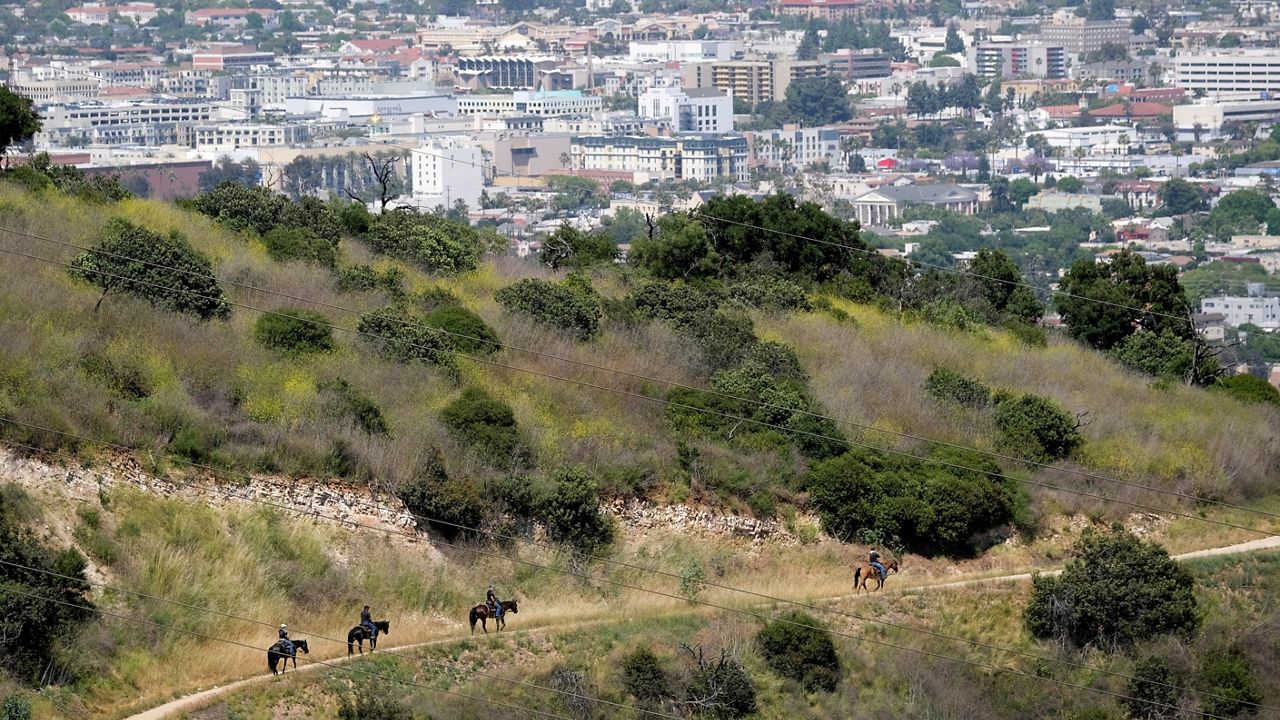 LOS ANGELES (CNS) – As temperatures are expected to soar into the 90s on Sunday, animal rights activists are planning a protest at Griffith Park Pony Rides & Petting Zoo, insisting that forcing horses to carry customers in such heat is animal cruelty.

Los Angeles Alliance for Animals is planning a protest at the park at noon to demand the City of Los Angeles cancel the dealership’s contract.

LAAA and other animal rights activists have railed against the pony ride operation for months, staging regular protests at the park.

Activists noted horseback rides continued on Saturday, when the high reached 91 degrees in the park. Sunday’s forecast calls for a high of 93.

“We are troubled that the Recreation and Parks Commission has decided to renew the Griffith Park and Pony Ride contract despite the fact that several animal welfare violations committed by the concessionaire have been brought to their attention in recent weeks. “, Founder of LAAA says Zohra Fahim. “In doing so, the commissioners are ignoring the safety and welfare of the animals, as well as the concerns of thousands of taxpayer Angelenos who have called and emailed imploring them to shut down the dealership.”

“The company has been asked to update some records and schedule more regular maintenance by its farrier. All issues that were addressed in this report were immediately complied with,” Weeks said.

According to the report, Dr Rachael Sachar inspected the 38 ponies, seven goats, two rabbits and one sheep at the facility on January 3 and found that “working conditions were satisfactory and witnessed no violations related to care or treatment”. exposed animals.

Dental examinations revealed that most of the ponies were geriatric (20-30 years old), with one in his late thirties. Almost all of the horses needed dental work and many had saddle sores and/or calluses on the withers. “Operating charts indicated that these ponies were still in full labor and veterinary expense records indicated that they were not currently receiving veterinary treatment for these lesions,” the report said.

The report also criticized the GPPR’s enclosures and outdoor shelters, calling them “not optimal for protecting ponies in extreme wind or rain. They have no windbreaks, have poor drainage and were still muddy from recent rains. The pens were otherwise clean and contained very little manure or urine.

The report says the facility’s policies on acceptable working temperatures and managing access to water and shade for ponies can be improved and expanded.