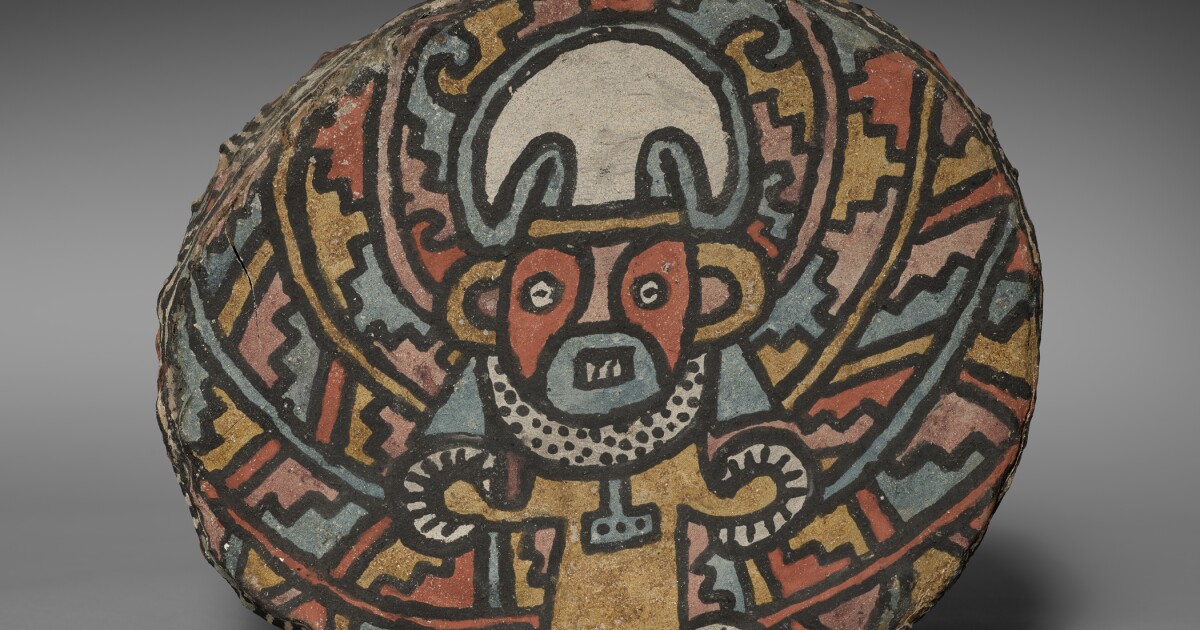 CLEVELAND – Next time you visit the Cleveland Museum of Art, you’ll notice new works of art added to the museum’s diverse collection, including a rare Korean knife scabbard, a painted Andean drum and a contemporary painting of a revolutionary artist who achieved fame very late in life.

The first new artwork acquired by the museum is a contemporary painting by a Cuban-born artist who was underappreciated for much of her life, largely because of her gender. She did not achieve commercial success until she was 90, and her first major museum retrospective was at the age of 100.

Carmen Herrera began painting abstract works in the 1940s before spending time in Paris and settling in New York in the 1950s. It was in New York that she perfected her signature minimalist aesthetic. The Cleveland Museum of Art said her work of angular forms in the 1960s and 1970s flourished, and she continued this work until her death. His paintings from this period are highly prized by museums and collectors today.

Due to his notoriety and success later in life, few of Herrera’s paintings have survived. Mardi Soir was recorded in the artist’s personal collection after his death at the age of 106 in 2022.

The Goryeo dynasty (918-1392) is celebrated in Korean art as the golden age of sophisticated art. Due to frequent invasions and Korea’s modern colonial history, many works of this dynasty have been lost or destroyed. The silver-gilt knife sheath, which was acquired by the Cleveland Museum of Art, is just one of 10 well-preserved knife sheaths from the 12th-century Goryeo period known to still exist today.

This knife sheath will be on display in the center of the Korean Gallery at the Cleveland Museum of Art.

The acquisition of these 15th century sculptures adds to the museum’s collection of medieval art. The statues were part of an altarpiece with most likely the crucified Christ in the center. The Apostles have lost their attributes and hands, but are still among the few examples of alabaster sculpture from the 1400s. The Apostles are examples of works in the International Gothic style of the 1400s.

The statues will be featured in an upcoming exhibition which will open in the Julia and Larry Pollock Focus Gallery on March 6, 2023.

The museum said it is extremely rare for an object made from perishable materials to survive from the years 500-1000 AD. At the time of the Spanish conquest, music was so important to indigenous Andean ceremonial life that the Spaniards destroyed thousands of musical instruments to hasten their conversion. to Christianity. As both men and women drummed, the museum said that given its small size, the drum likely belonged to a woman.

With the exception of a small gold flute, the CMA collection contains no Andean musical instruments. This drum is an essential contribution to the representation of Andean artistic production.

Download the News 5 Cleveland app now for more stories from us, as well as top news alerts, the latest weather forecasts, traffic updates and more. Download now on your Apple device here, and your Android device here.