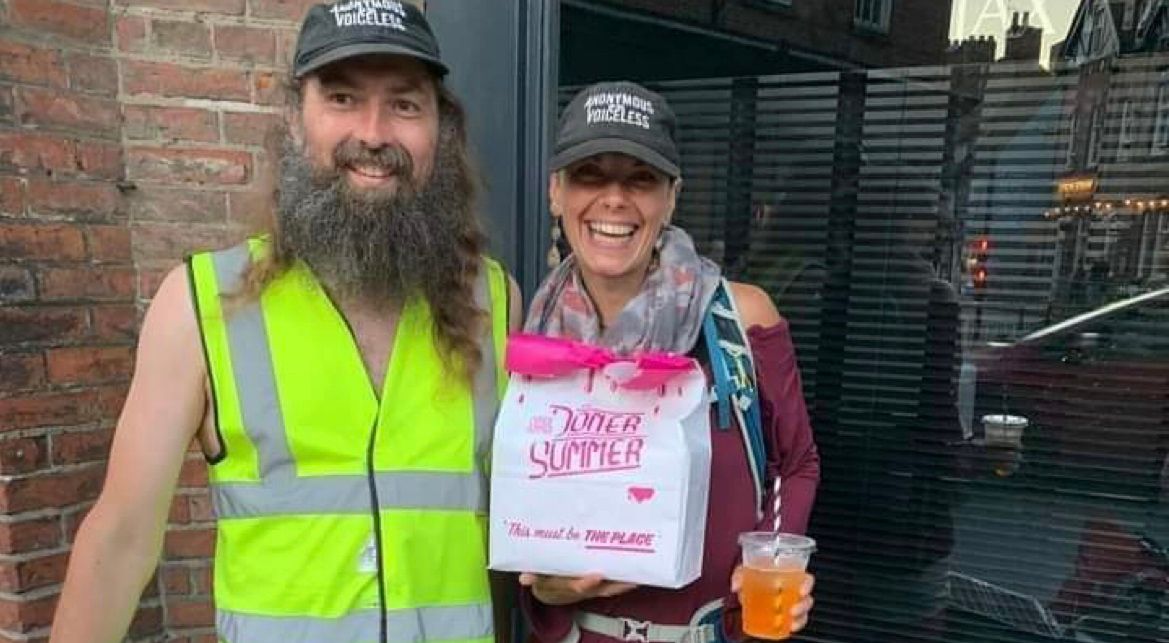 AWARENESS: Jamie and Kim on their epic challenge

Amazing couple Jamie and Kim decided to raise awareness for the incarcerated beagles at MBR Acres by walking 330 miles.

They have crossed many counties from Edinburgh and hope to end their journey on Saturday September 10 at noon in Huntingdon.

When they return to Camp Beagle, the couple will have covered a staggering 330 miles. Throughout their exhausting and dangerous journey, they had an artificial cart to transport 90 kg of goods, they slept where they could rest and even continued to walk at night.

During their trip, they raised awareness among the beagles and were greeted by a supportive public, who were shocked that the puppies were still being used for testing here in the UK. The couple’s selfless campaign collected vital signatures for the current petition and set up the GoFundMe page to raise money for the campaign.

Read more: Honoring the past – a new war memorial erected in Huntingdon

Camp Beagle is a physical field camp outside of MBR Acres in Huntingdon. He is an advocate for change and a voice for the incarcerated beagles at MBR Acres.

The camp is there to raise awareness and educate people about the beagles bred at the site. Beagle puppies and older dogs suffer and their untimely death is horrific.

Usually they die either at the MBR site or in laboratories in the UK. Only a few out of the high thousands are saved, but they live with lifelong health problems and severe trauma.

Get all the latest news, updates, things to do and more on the dedicated site InYourArea Feed of Huntingdon, Cambridgeshire.