Covid updates: US website for free home testing is live 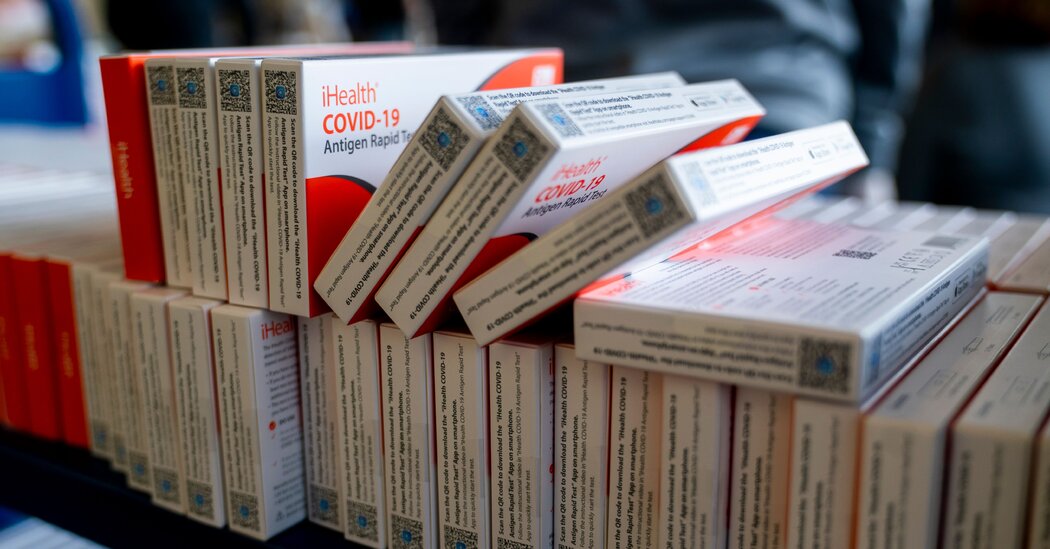 Mayor Eric Adams said Tuesday that New York City is winning its war against the Omicron push, noting that the number of coronavirus cases and hospitalizations, while still extremely high, have begun to decline.

Mr. Adams encouraged New Yorkers to continue to get vaccinated and wear masks.

“Let’s be clear on this – we win,” the mayor said at a press conference at City Hall. “We are going to win because we are resilient.”

Mr. Adams, a Democrat in his third week in office, pointed to the average number of daily recorded cases, which fell from a known peak of more than 40,000 to less than 20,000, and hospitalizations, which fell d a daily peak of around 6,500 people hospitalized citywide on January 11 to around 5,800 patients on January 16.

While Mr. Adams expressed optimism about the number of cases and encouraged workers to return to their offices, experts say New Yorkers should remain cautious. The number of known cases is still much higher than last winter, when there were an average of about 6,500 cases per day, according to city data.

During the devastating first wave of the coronavirus in spring 2020, testing was scarce, leaving many cases unreported.

New deaths, a lagging indicator, have been rising and have averaged around 100 a day in recent days, which is higher than they have been since May 2020.

A wave of Omicron cases may peak in the northeastern United States, but the number of virus patients nationwide is at an all-time high and climbing, overwhelming hospitals whose staff have been emptied by the virus. On Sunday, Dr. Vivek Murthy, the US surgeon general, warned that the Omicron surge had yet to peak nationwide, saying the next few weeks would be very difficult in many parts of the country as hospitalizations and deaths were increasing.

“The challenge is that the whole country is not moving at the same pace,” he said.

In her first budget speech on Tuesday, Governor Kathy Hochul also highlighted the state’s declining case rate and number of hospitalizations. She said the statewide positivity rate for the virus is now 12.8%, about half of what it was on Jan. 2. “We hope to close the books on this winter surge soon,” she said.

Mr Adams said he was proud to have kept public schools open and more students returning to class after widespread absences earlier this month. More than 75% of pupils were in school on Friday, compared to 67% on the first day after the winter holidays.

Mr. Adams suggested last week that he would consider a remote learning option for schools, but his school’s chancellor, David C. Banks, said on Tuesday that such an option was not imminent and that would be difficult to set up.

“It’s a big business, even for a short period of time,” Mr. Banks said.

On vaccinations, Adams said the city hit a new milestone of 16 million doses administered, including 2.5 million booster doses. But the mayor said New York was still “far from where we need to be” in its vaccination effort.