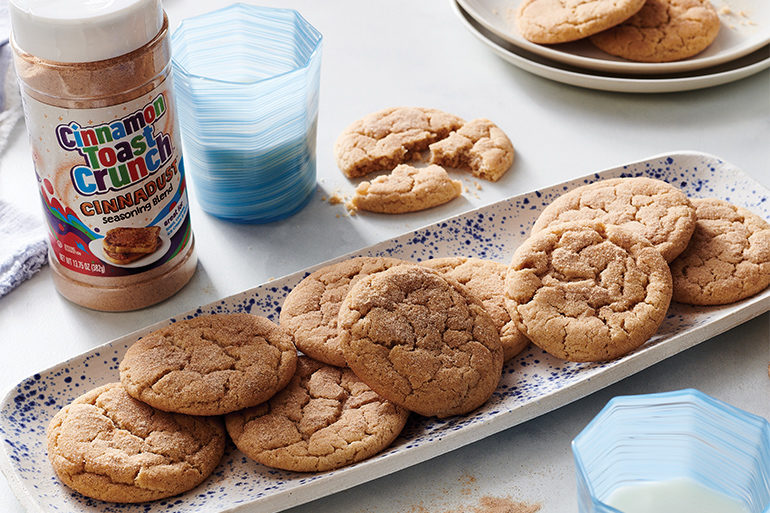 The Cinnamon Toast Crunch Cinnadust seasoning blend was initially introduced in September 2020 in club stores. Following the successful launch of its club and in response to consumer demand, it is now available in the spice aisle of over 4,300 grocery stores nationwide, as well as at online retailers.

The seasoning blend is available in two sizes (3.5 ounces and 6.5 ounces) in addition to the original 13.75 ounce bottle. More complex than traditional cinnamon-sugar blends, it features the cereal’s famous cinnamon-sugar blend, paired with sweet notes of caramel, vanilla and graham flavors that combine to capture the taste of a bowl of crunchy cinnamon cereal. It can be used in a variety of applications including on toast, ice cream, cookies, fruit, coffee and more.