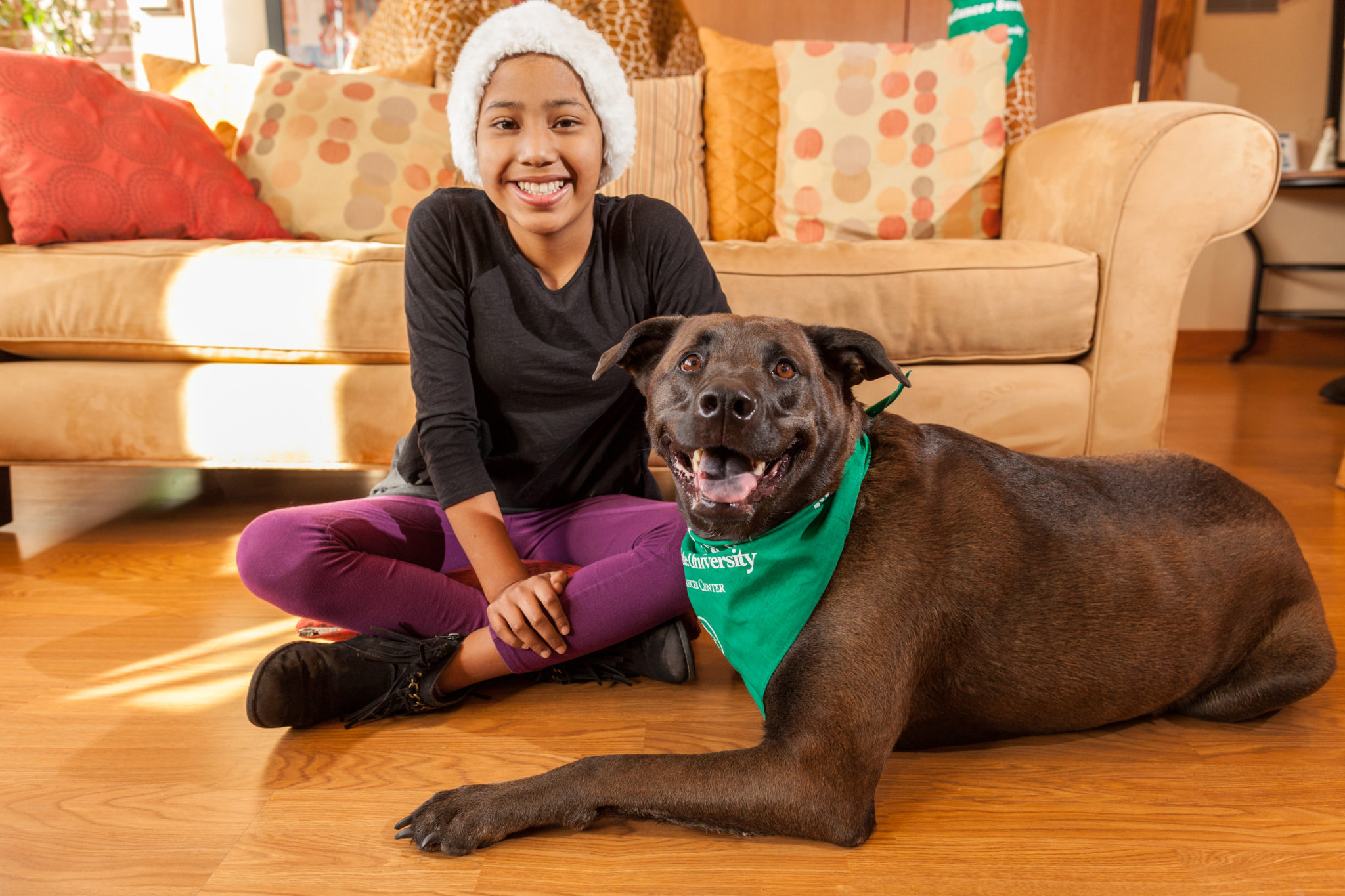 Osteosarcoma, the most common type of bone cancer, is a devastating disease that most often occurs in children and can spread to the lungs or other parts of the body. It affects 400 to 800 young people each year in the United States.

Over the past few years, researchers at Colorado State University have developed a potential new treatment for this rare childhood cancer. Today, they’re about halfway through the first phase of a clinical trial with patients enrolled at Children’s Hospital Colorado and Children’s Healthcare Atlanta, testing the safety and effectiveness of a combination two-drug immunotherapy that has shown promise in shrinking tumors and blocking metastasis.

This earlier promise came from a surprising source: dogs.

Dr. Dan Regan, CSU assistant professor in the Department of Microbiology, Immunology, and Pathology, and Dr. Steven Dow, professor in the Department of Clinical Sciences, perform immune correlative analyzes of patient samples from the trial on the childhood cancer led by pediatric oncologists in Colorado and Georgia. The study is an almost exact replica of a canine osteosarcoma trial that Regan and Dow ran out of CSU’s Flint Animal Cancer Center and ended in 2019, which involved 20 dogs with bone cancer. which had metastasized to their lungs.

Their results showed that a common blood pressure drug, losartan, combined with a molecular-targeting cancer drug, toceranib, had positive effects in reducing or stabilizing bone tumors in 50% of dogs, including nearly 30% experienced regression of their tumours.

The encouraging results from the losartan study in dogs prompted Regan and Dow to contact fellow oncologists at Children’s Hospital Colorado, all part of the University of Colorado Cancer Center consortium. Dow and Regan proposed a study using losartan in pediatric bone cancer patients with tumor metastases that had failed to respond to conventional treatment. They were able to initiate the study in early 2019, working with oncologists including Drs. Lia Gore, Carrye Cost, Margaret Macy and Kelly Faulk in Colorado and Dr. Thomas Cash in Atlanta.

It is becoming increasingly clear that researchers studying veterinary and human diseases, especially cancers, have much to learn from each other.

CSU has known this for a long time. The University’s College of Veterinary Medicine and Biomedical Sciences and its Flint Animal Cancer Center have produced decades of groundbreaking work in the field of comparative oncology, which is the study of naturally occurring cancers in more than one species. .

“We want vets, doctors and doctors. scientists are more aware of the value of the comparative approach in oncology, and therefore more tolerant,” said Regan, a pathologist and veterinarian by training who turned to oncology when he started working in the lab. from Dow to CSU in 2011.

Dogs and humans share 85% of their genes, and bone cancer in dogs and humans is genetically indistinguishable. Regan and Dow’s trial, if successful, could slash years from the time it would normally take to develop a pharmaceutical for pediatric bone cancer patients — and at a significantly reduced cost. It’s efforts like this that exemplify the tantalizing opportunities afforded by comparative oncology and how CSU is ahead of the curve.

Another historical example: In the mid-1990s, the founding director of the Flint Animal Cancer Center, Dr. Stephen Withrow, pioneered limb-sparing surgery for dogs with osteosarcoma, improving the standard of care for dogs with the disease whose limbs were usually amputated. . This limb-sparing technique was later transferred to humans, saving thousands of people, especially children, from limb removal due to cancer.

At CSU, comparative oncology is a scientific approach as well as an awareness campaign, and researchers like Regan say it’s more important than ever to build public support for the field and fund clinical trials and researchers working in these areas.

A major player in this awareness campaign is Meg O’Neil, a breast cancer survivor whose dog, Elway, was treated at the Flint Animal Cancer Center in 2011. When O’Neil discovered the comparative oncology program of CSU, she dedicated her time and talents. to the cause, founding a fundraising initiative called One Cure that now celebrates more than a decade of supporting critical research into pet and human cancers.

The fundamental principle of One Cure is that breakthroughs in cancer treatment will come from collaborations between scientists and physicians working with companion animals and humans. One Cure’s goal is to improve the prevention, diagnosis and treatment of cancer in pets, and then to use this knowledge to benefit people with cancer. “Cancer is cancer,” whether in pets or in humans, according to the One Cure Mission.