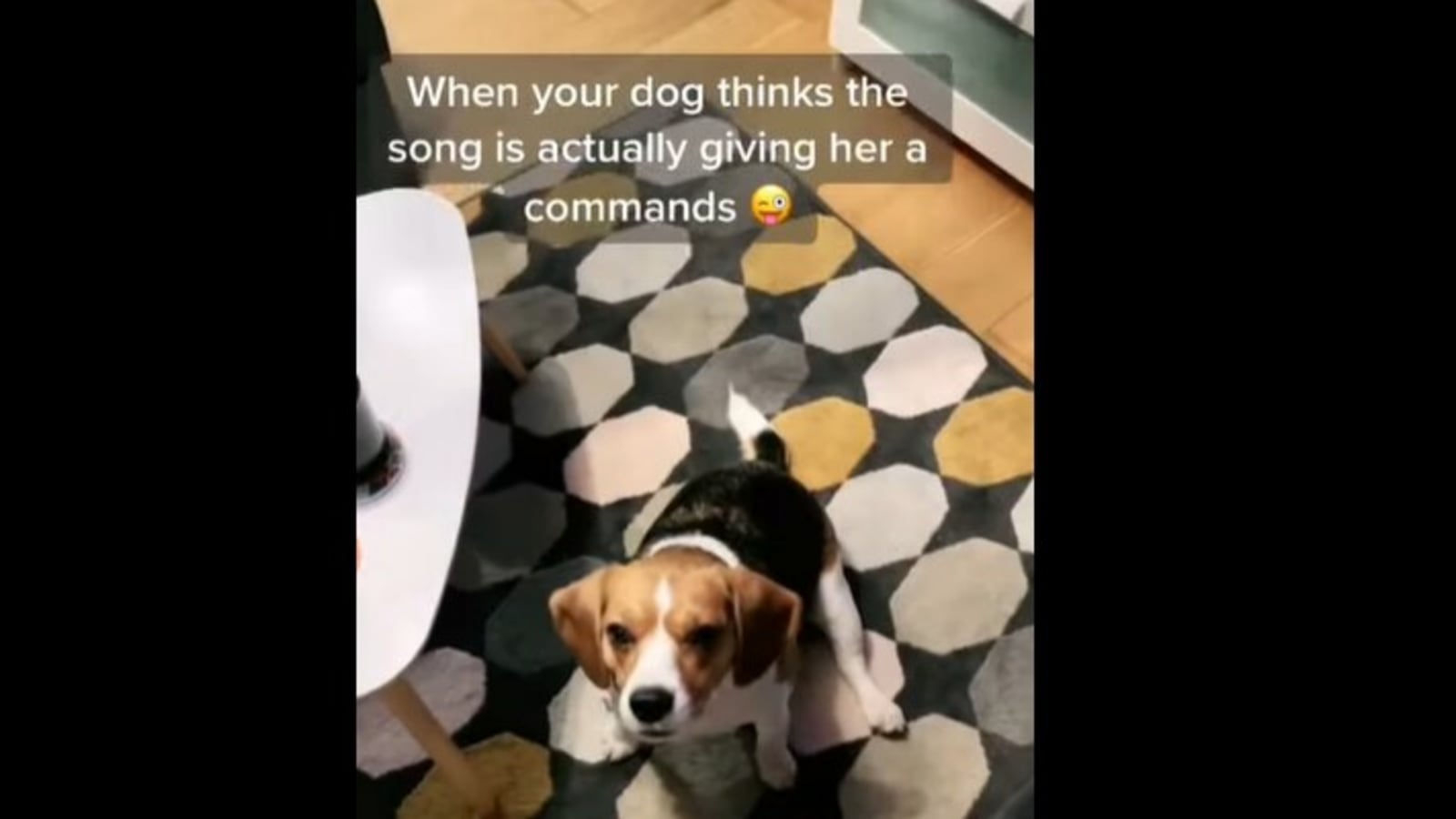 For those who have pet dogs, it often becomes difficult to train your dog to do what it is told. But once it’s done successfully and the dogs know exactly what to do when given a certain command, life not only becomes much easier but also a lot of fun as the dog may end up doing a few tricks, exchange of treats or not. And that was exactly the case with the cute Beagle dog that can be seen in this video originally posted on TikTok and then re-shared on Instagram. Due to the sheer humor of this video, chances are you’ll want to watch it over and over. “So cute,” reads the caption that accompanies this adorable dog video.

A text insert that provides additional context for what can be seen in the video was uploaded to Instagram along with the video. “When your dog thinks the song actually gives him a command,” it read. On TikTok, it was shared on the account named @lucylunaluw. The video can be seen with Bonnie Tyler’s 1983 pop rock song Total Eclipse of the Heart playing in the background. This is where the dog thinks he is giving him commands to turn around.

Since being posted on September 27, this video has amassed over six lakh likes.

“Made me laugh out loud lol,” one person wrote on Instagram. A second added: “No words – just awwwwwwwwwwwwww.” A third comment read, “Omg this is so cute.”

Successfully subscribed to the newsletter

Thank you for subscribing to our Daily news capsule newsletter.