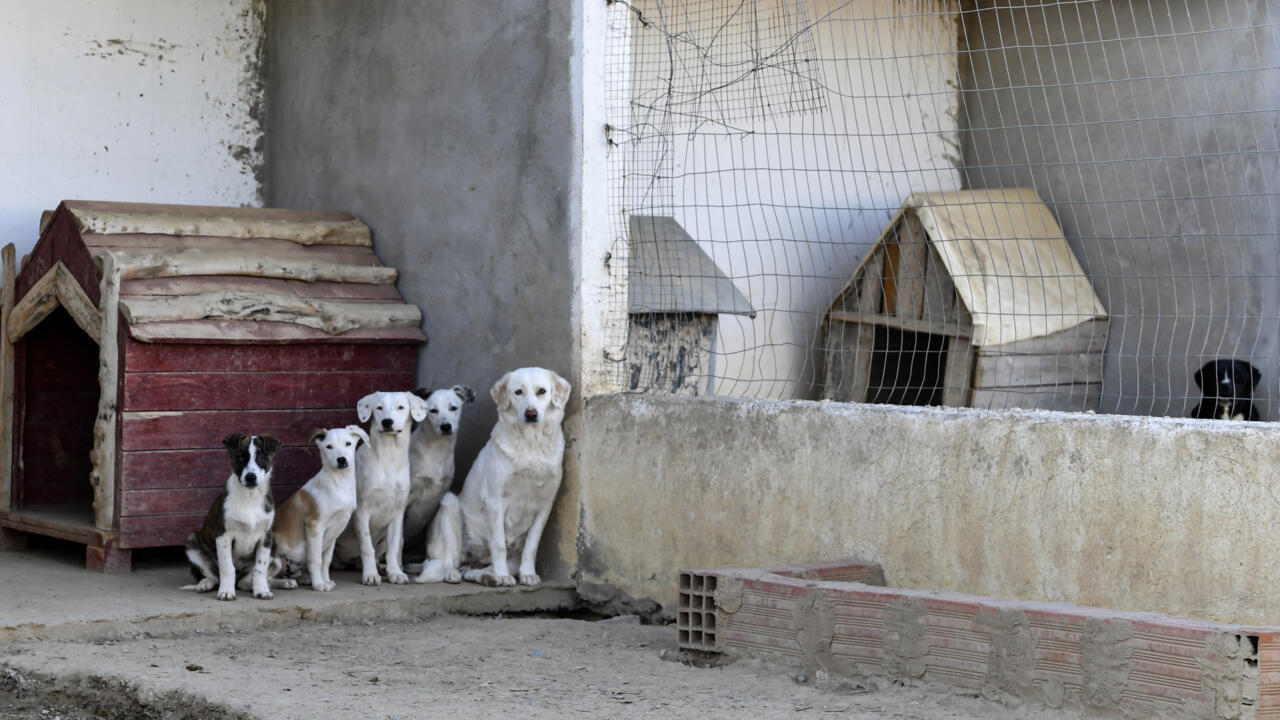 Ariana (Tunisia) (AFP) – Packs of stray dogs, a common sight in cities across North Africa, are in the crosshairs after the deaths of two schoolchildren, but animal rights groups are calling for more humane solutions than mass culling.

Tunisian authorities opened an investigation on Friday into the death of a 16-year-old girl after she was mutilated as she walked to school in the coastal town of Gabes.

Residents have complained of an increase in the stray dog ​​population and attacks on livestock in the South West Province, where many depend on agriculture for a living.

A similar tragedy struck neighboring Algeria last month, when a 12-year-old child was killed and half eaten by dogs in the Blida region.

Many stray dogs in the Maghreb region pose an additional threat: rabies, a virus that attacks the central nervous system and leads to painful death.

The saliva-borne disease killed five dog bite victims in Tunisia last year alone, according to the agriculture ministry, which estimates that around 55% of stray dogs carry the disease.

But despite vaccination campaigns, culling campaigns have also continued, sparking public anger and demands for more humane ways to tackle the problem.

“After being put down, dogs can find themselves in agony for hours,” said Nowel Lakech of animal rights group PAT.

“(The municipalities) shoot them and then leave them without caring whether they are dead or simply wounded.”

Veterinarian Abdelmoumen Boumaza said Algerian municipalities use only one method to deal with the problem: “capture and slaughter”, sometimes by electrocution.

Tunisia’s population of wanderers increased after the turmoil of the 2011 People’s Revolution that sparked the Arab Spring uprisings in the region, Lakech said.

The uncertainty of the period, with mass protests and violent crackdowns, prompted some people, fearing for their safety, to get guard dogs for their homes.

But when the dogs produced puppies, many were thrown onto the streets, to join packs of strays sometimes numbering a dozen or more.

Today, local authorities “continue to slaughter dogs, even though they have vaccination and neutering centers,” Lakech said.

A culling campaign on the popular tourist island of Djerba has sparked public anger as videos of injured and suffering dogs have gone viral on social media.

Lakech remembers finding a dog that had bullet wounds in each of its paws but survived.

The ministry said it wanted to vaccinate up to 80% of wanderers in the capital and distributed free anti-rabies shots to municipalities.

According to the PAT, each of Tunisia’s 350 municipalities should have a treatment center for stray animals, but at the moment the country as a whole has only six.

At the Bouhanach rescue center in Tunis, PAT volunteers take care of dozens of dogs found on the streets.

The 2,600 square meter (0.65 acre) center was built five years ago through private donations, on donated land in the suburb of Ariana.

It has since taken in 500 strays and built a network of foster families – but the group says it struggles to find people willing to adopt dogs permanently.

Sometimes he even sends them abroad.

Two days a week, a team from the center goes in search of wanderers.

Chief veterinarian Mahmoud Latiri says he has vaccinated more than 2,500 animals, mostly dogs, over the past two years.

But despite the centre’s neutering and neutering efforts, he warns that “without mass sterilizations, the streets will be overrun with stray animals”.

In Morocco, local authorities organize the culling of street dogs, but sometimes keep them in the pound in “horrendous conditions”, said Zainab Taqane of animal rights group Irham (“have mercy”).

A 2019 agreement between authorities and charities “to neuter, vaccinate and identify stray dogs” raised hopes of better ways to tackle the problem.

Meanwhile, in the east of Tunisia, in Libya, the wanderers are taken care of as quickly as possible.

A decade of revolution and war has flooded the country with weapons, and militiamen generally don’t hesitate to shoot wild dogs.