adminJune 30, 2021Animal fundLeave a Comment on Dead animals wash up in Sri Lanka after chemical spill from ship 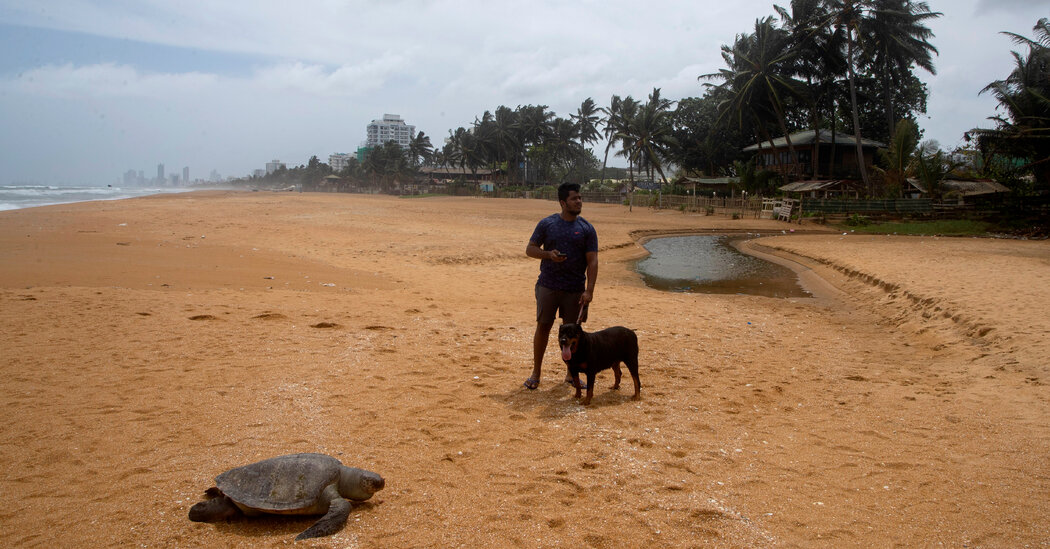 COLOMBO, Sri Lanka – Hundreds of dead sea creatures including whales and dolphins washed up on Sri Lanka’s shore, apparently poisoned by chemicals from a freighter that caught fire and sank, said Government officials Wednesday, revealing part of the toll of what is called the country’s worst environmental disaster.

The remains of four whales, 20 dolphins and 176 turtles have been found since the vessel carrying the poisonous material, the MV X-Press Pearl, caught fire in late May and sank in early June, Deputy Attorney General Madhawa Tennakoon said outside. a Colombo court. , the capital of Sri Lanka.

“It is very evident that the deaths of these marine animals are linked to the vessel,” said Dharshani Lahandapura, chairman of the Sri Lanka Marine Environment Protection Authority. “Last year, during the same period, only two turtle deaths were reported.”

The damage could actually be much worse, according to an official with the country’s wildlife conservation department, who requested anonymity because the person was not authorized to speak to the media. In addition to the dead animals reported to court, the official said, the carcasses of a shark and two other turtles were found on Wednesday.

The MV X-Press Pearl, carrying 1,486 containers, reported a fire on board on May 20 as it approached the port of Colombo. The Sri Lankan Navy and Air Force, as well as the Indian Coast Guard, attempted to put out the blaze.

The ship’s operator, Singapore-based X-Press Feeders, said one of those containers leaked nitric acid long before the ship entered Sri Lankan waters. The company said the ship asked to unload the leaking container at two previous stopovers, in India and Qatar, but was refused.

The ship began to sink in shallow water near Colombo on June 2, coming to rest on the bottom with part of its structure protruding from the water, as experts worried about the lasting damage the chemicals could cause marine life.

The containers contained chemicals such as caustic soda, nitric acid, methanol and plastic pellets, and the ship was also carrying around 350 tonnes of oil. The Colombo-based Center for Environmental Justice has estimated that the ship dumped up to 70 billion tiny pieces of plastic called nurdles, which can fatally clog the digestive systems of animals that eat them.

As a result of the fire, Sri Lanka’s pristine beaches, mainly in the Western Province, were covered with debris and plastic pellets. The operator of the vessel, however, said he saw no signs of an oil spill.

“To date, we have collected over 1,500 tonnes of debris, which is mostly plastic pellets,” said Captain Indika De Silva, spokesperson for the Sri Lankan Navy.

The government has banned fishing on part of the coast.

A group of experts in Sri Lanka was completing a damage assessment report. Kanchana Wijesekera, State of Sri Lanka Minister of Fisheries, said the operator of the vessel was paying the affected fishermen $ 3.6 million as part of the government’s initial $ 40 million damages claim for losses through June 3.

“Discussions are underway to provide a first installment of funds to help compensate those affected by the aftermath of the fire and the resulting pollution and help cover cleanup costs,” X-Press Feeders said in a statement.