Denton Works Through Rise Of COVID In City Staff 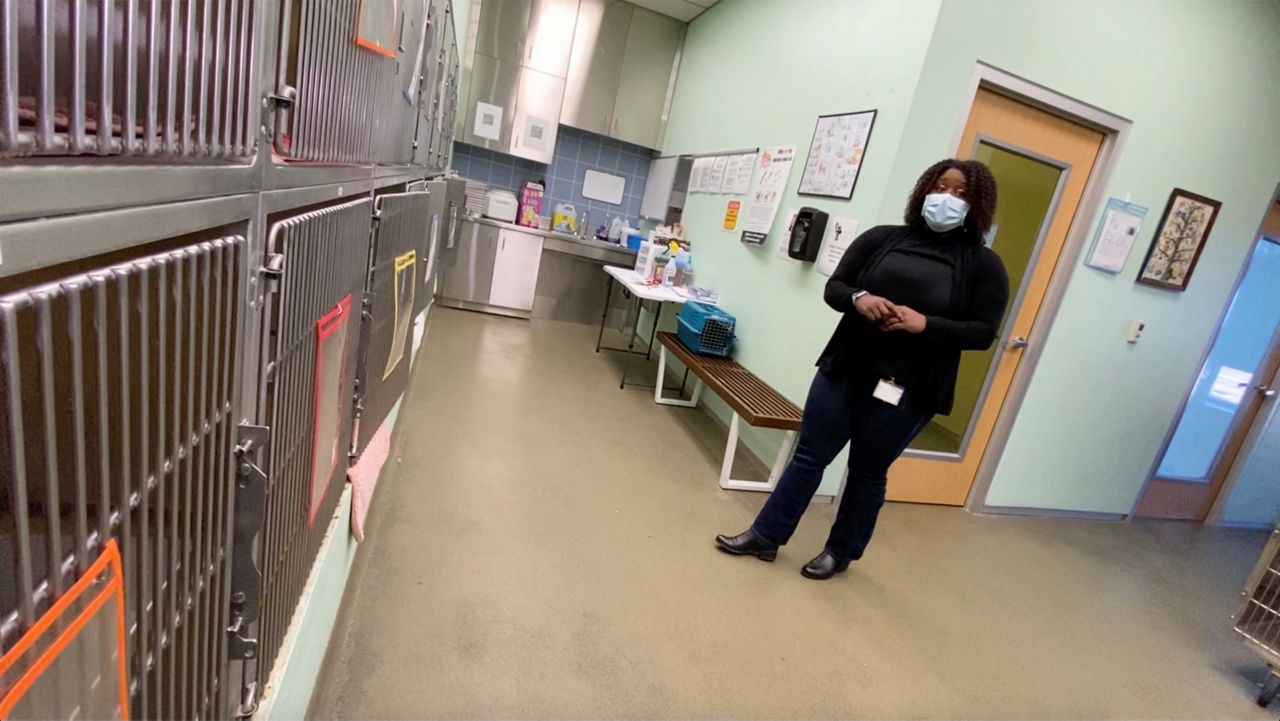 DENTON, Texas – Dorcas Johnson, director of the Denton Animal Shelter, has plenty of vacancies in her staff schedules during a good week. After all, the city’s stray and adoptable animals need some nearby human helpers around the clock. However, the planning situation she had at the end of last month took things to a whole new level.

“When we went down to about 70% of our staff absent. It hit us pretty hard, ”Johnson said.

Most were sick from the increase in the omicron variant of COVID-19. The number of illness calls forced Johnson and healthy staff to take swift action to keep the shelter operating.

“The people who stayed here, we kind of came together,” Johnson said.

The shelter closed its doors to the public just before New Years Day. Johnson began bringing in a few longtime volunteers to help fill some of the gaps as the shelter moved to an emergency-only on-the-ground response. The shelter has focused much of its attention on keeping the animals in the shelter well cared for.

Johnson said that all this time new animals kept coming in and his team had to be up to the occasion.

As the animal shelter faced its COVID crisis, the rest of the staff in the town of Denton were not in a much better position. City officials said sick calls were coming from various departments. Most of the absences were also due to COVID.

“Since that time [late December], we had 162 cases, ”said city representative Stuart Birdseye.

Like many restaurants, churches, offices, and stores across Texas, Birdseye said omicron is growing rapidly on his team as well.

City officials have announced that city buildings, including libraries and recreation centers, will be closing temporarily due to staff shortages and to avoid any further risk of the spread of COVID. Birdseye said this is a particularly unique situation for them as the city government cannot shut down completely and wait for the disease to take its course.

“When you think of a full-service city, we have to make sure that the water is always flowing, that garbage is always collected – all of these really essential services,” he said.

They worked on it, but cases continued to pour in among the staff. City officials announced the reopening of facilities on limited hours as the situation continued to balance itself out. At the end of last week, the limited hours ended and the city resumed normal operations, although Birdseye said she would continue to monitor staffing daily in case she finds herself in another difficult situation.

Although they have had a rough day, Johnson and the staff at the animal shelter are also back at work with the facility reopening and the schedule filling up again. She said that despite this first roadblock, the citizens of Denton quickly recovered when the gates reopened last week.

“To turn around and have 35 animals on the day we reopen enter good homes was more than we could imagine,” Johnson said.