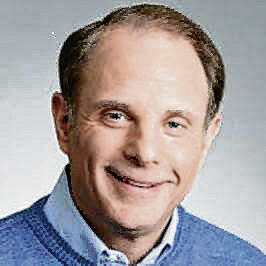 I lost a friend and colleague this week.

I visited Carl Finchum the day before he died. The bond between a photographer and a reporter is like a marriage, with ups and downs as well as zooms and pans. Our working relationship lasted a decade, from approximately 1994 to 2004. Much of the success I had during those years was due to Carl’s expertise in his work, his flexibility with my method of reporting, and his patience with my erratic style. He was a real professional.

At his funeral, many of the eulogies included remembrances of Carl’s faith, his passion for cars, and his love for Laurel and Hardy. I had no idea about that last part. I wanted to share some favorite memories, but time ran out and the service ended. Here is one of my memories:

Around 1997 we were doing a remote shoot down Meridian Street from WISH-TV at the former Caldwell Van Riper (CVR) ad agency. They were promoting certain sporting events and wanted to highlight upcoming Pacers games. CVR was right next to WRTV (Channel 6), a fierce competitor to my station (Channel 8). If you remember, I had a beagle companion named Barney who accompanied me on every shoot. Barney was always slipping away and running away while I was doing my segments.

That morning we were recording on CVR’s lawn, so I attached Barney’s leash to a pole. As always, he managed to free himself. Carl was in his usual position, pointing the camera at me, ready to go live. He never knew what I was going to do. And me neither.

Out of the corner of my eye, I saw that Barney had wandered onto the Channel 6 lawn and was sniffing their signage. Carl also saw Barney and realized the sign was too easy a target for a Beagle. I motioned for Carl to move his camera to Barney, who I knew was about to leave his mark on the WRTV logo. Carl thought it was a reckless thing to do, first because it would showcase a competitor; and number two…well, let’s leave it at number one for now, although I was pretty sure Barney would leave number two as well. Carl kept shaking his head “no”, fearing that we would both be in serious trouble if the boss saw this.

Finally, live on camera, I said, “I’m asking Carl to show what Barney does and I want our GM to know that I take full responsibility.” Carl shrugged, flashed a huge grin, and panned just in time to catch Barney in the act. No, both acts.

On the way back to the studio, I thought about what we had done. “Carl,” I said, “I think we’re in the middle of a doo-doo. Carl burst out laughing, “Yeah,” he said, just like the Channel 6 sign.

Later, there was a note in my boss’ mailbox. “Funniest thing I’ve ever seen,” he said. “You are a great team.” Yes we were. Like Laurel and Hardy.