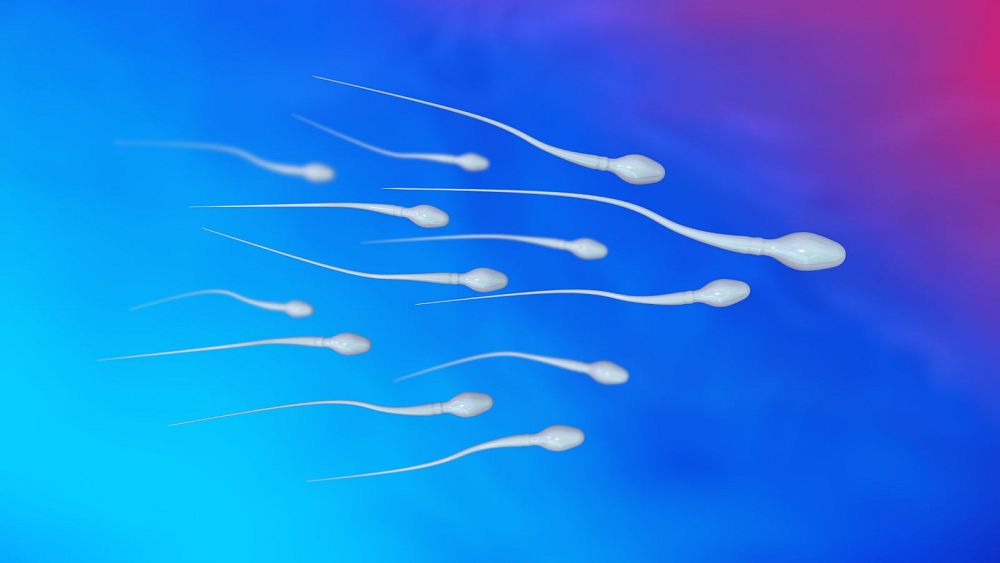 Scientists researching the causes of plummeting sperm counts are getting a clearer picture of the role played by chemical pollutants — and it’s not pretty.

Cocktails of chemicals such as bisphenols and dioxins, which are thought to interfere with hormones and affect sperm quality, were present at levels up to 100 times higher than those considered safe.

The median exposure to these chemicals was 17 times the levels considered acceptable.

“Our assessment of the risks of mixing chemicals that affect male reproductive health reveals alarming exceedances of acceptable combined exposures,” wrote the authors of the study, published Thursday in the journal International Environment.

The study measured nine chemicals, including bisphenol, phthalates and paracetamol, in urine samples from 98 Danish men between the ages of 18 and 30.

Additionally, it used existing data, primarily from the European Food Standards Agency (EFSA), to estimate their likely exposure to 20 other chemicals.

The team then compared the results with acceptable exposure levels taken from the scientific literature.

This resulted in a measure of each chemical’s potential impact, which the scientists combined to produce an overall measure of risk – or “hazard index” – for the cocktail of compounds.

The study authors, led by Professor Andreas Kortenkamp of Brunel University London, said they were “astonished” by the magnitude of this danger index in the volunteers studied.

They were also surprised to find that bisphenol A (BPA) was the main risk factor, given that recent research had focused on phthalates, which are used in plastics.

BPA was followed by dioxins, paracetamol and phthalates. Removing BPA from the mixture did not bring the combined exposure back to acceptable levels, and paracetamol was described as “a risk factor for mixture in subjects using the drug”.

The researchers acknowledged some limitations to their research.

For example, the data used is from 2009-2010, and exposure to BPA may have decreased since then, while exposure to other chemicals may have increased.

Another uncertainty is whether women of childbearing age have the same levels of chemical exposure as the men in the study.

But the researchers stressed that their research may actually underestimate the risk posed by exposure to these chemical cocktails, given “the multitude of chemicals to which humans are exposed” – not all of which have been measured in this study.

Sperm quantity and quality have declined dramatically in Western countries over the past few decades, with research suggesting that sperm count has more than halved in the space of 40 years.

Meanwhile, other reproductive health disorders have increased, such as non-descending testicles and testicular cancer.

Scientists around the world have looked at a range of other possible causes for falling sperm count, including lifestyle factors, tobacco use and air pollution.

But recent studies have increasingly focused on the role played by chemicals.

“Our analysis has the character of a prediction that could be verified in well-designed epidemiological studies of sperm quality,” Kortenkamp and colleagues wrote.

Pending further population studies, the researchers called for urgent regulatory action such as banning BPA from food contact materials as a precautionary measure.

They added that animal studies examining the impact of different doses of paracetamol on sperm quality were “totally lacking and are urgently needed”.