adminSeptember 3, 2021Animal researchLeave a Comment on Efforts Mount To End Use Of Pest Control Drug For COVID-19 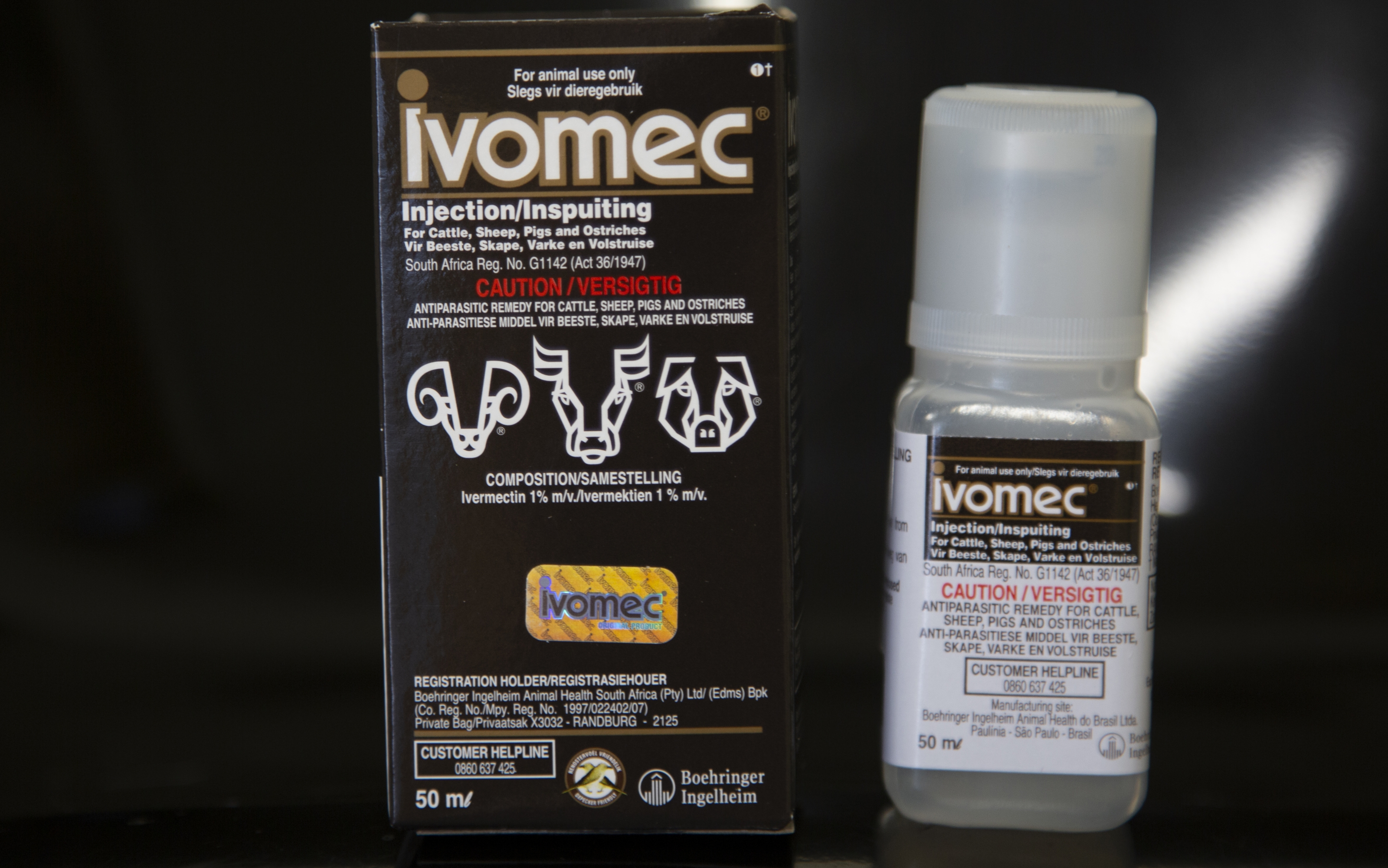 Health experts and medical groups are pushing to end the growing use of a decades-old pest control drug to treat COVID-19, warning that it can cause harmful side effects and that there is little evidence that it helps.

WASHINGTON (AP) – Health experts and medical groups are pushing to end the growing use of a decades-old pest control drug to treat COVID-19, warning that it can cause harmful side effects and that ‘there is little evidence that this helps.

With a fourth wave of infections, more Americans are turning to ivermectin, a cheap drug used to kill worms and other parasites in humans and animals.

Federal health officials have seen an increase in prescriptions this summer, accompanied by a worrying increase in reported overdoses. The drug was even administered to inmates at a northwest Arkansas prison for COVID-19, despite federal warnings against this use. Podcaster Joe Rogan, who rejected the COVID-19 vaccine, announced on Wednesday that he had tested positive for the virus and was taking the drug.

Ivermectin has been promoted by Republican lawmakers, conservative talk show hosts and some doctors, amplified via social media to millions of Americans who remain reluctant to get vaccinated. It has also been widely used in other countries, including India and Brazil.

This week, major US professional groups of physicians and pharmacists called for an “immediate end” to the drug’s use outside of research.

“We urge physicians, pharmacists and other prescribers – trusted healthcare professionals in their communities – to caution patients against using ivermectin outside of the FDA approved indications and guidance.” , said the American Medical Association and two groups of pharmacists.

Large studies are now underway in the United States and abroad to determine whether the drug has an effect in preventing or mitigating COVID-19.

The latest plea follows similar warnings from federal and state regulators who monitor side effects and hospital admissions related to the drug.

Louisiana and Washington have issued alerts after an increase in calls to poison control centers. Some pet food stores are running out of medicine because people are buying the veterinary form to try and treat COVID-19.

“There is simply no good evidence at this time to suggest that this is a good treatment to treat or prevent COVID-19,” said Randy McDonough, pharmacist in Iowa City, Iowa.

Ivermectin is approved by the Food and Drug Administration to treat infections of roundworms and other tiny parasites in humans and animals like cows, horses, and dogs. The tablets are used for internal parasites while the ointments are used to treat head lice and other skin infections. The generic drug works by paralyzing the worms and killing their offspring.

The FDA has attempted to debunk online claims that animal-resistant versions of the drug may help fight COVID-19.

“Taking large doses of this drug is dangerous and can cause serious harm,” the FDA warned in a public notice. The drug can cause nausea, vomiting, diarrhea, seizures, delirium and even death, the agency said.

Dr. David Boulware of the University of Minnesota says the drug’s side effects are mild at two or even three times the usual human dose. But formulations for farm animals could contain 1,000 times what is safe for humans.

“It’s pretty easy to reach toxic levels,” said Boulware, an infectious disease specialist. “All of these concentrated doses intended for a 2,000 pound horse can certainly make people sick or hospitalized for toxicity.”

Boulware says he prescribes the drug to patients a few times a year in the United States and more regularly when working in countries where intestinal parasites are common. But he and other experts have been alarmed by the explosive growth in prescriptions for ivermectin in the United States.

As of mid-August, U.S. pharmacies were filling 88,000 weekly prescriptions for the drug, a 24-fold increase from pre-COVID levels, according to the Centers for Disease Control and Prevention. Meanwhile, U.S. poison control centers have seen five times the number of emergency calls related to the drug, with some incidents requiring hospitalization.

The CDC cited the case of a man who drank an injectable form of ivermectin intended for cattle. He suffered from hallucinations, confusion, tremors and other side effects before being hospitalized for nine days.

The World Health Organization, National Institutes of Health, and other medical experts have also recommended that it not be used outside of carefully controlled patient studies. An NIH panel found “insufficient evidence” for or against the drug for COVID-19, calling for larger, well-designed trials.

Experts noted that early laboratory research showed that ivermectin slowed the replication of the coronavirus when cultured in monkey cells. But such studies are not useful for assessing real-world efficacy in humans. And they noted other research suggesting that the drug should be given at levels 100 times the standard dose to have antiviral effects in humans.

The NIH is studying the drug in a large trial comparing half a dozen established drugs to see if they have an effect against COVID-19.

Experts say those interested in ivermectin should apply to enroll in such studies.

“By participating in a clinical trial, you won’t hurt yourself and you will help society generate the knowledge we need to know whether it works or not,” Boulware said.

The Associated Press’s Department of Health and Science receives support from the Department of Science Education at Howard Hughes Medical Institute. The AP is solely responsible for all content.

Copyright © 2021 The Associated Press. All rights reserved. This material may not be published, broadcast, written or redistributed.