Fifteen beagles from the Virginia facility find homes in Tampa 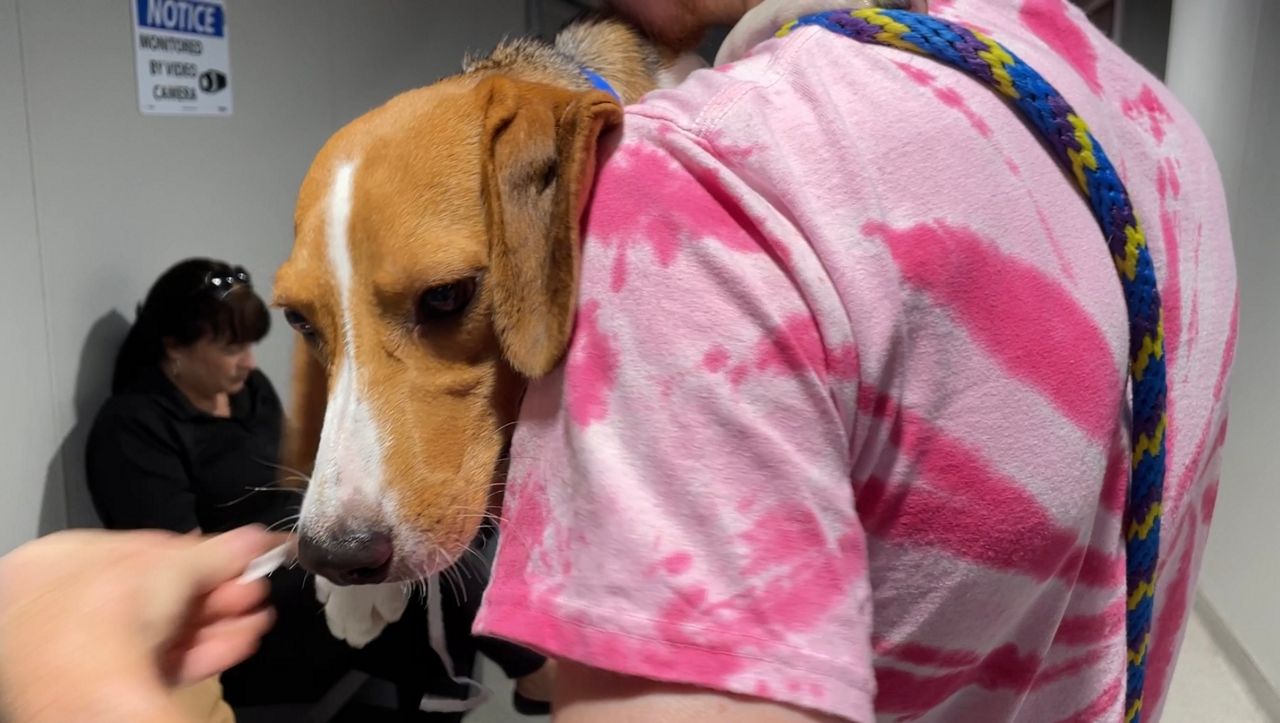 TAMPA, Fla. — It’s been a busy weekend at the Humane Society of Tampa Bay.

They got to see more than 100 adopted pets on Saturday and on Sunday they saw people lining up hours before they opened for the chance to adopt 15 new beagles that just arrived from Virginia.

What do you want to know

The 15 beagles came from a facility in Virginia that was part of the largest animal rescue in US history, according to the Justice Department, after officials said the facility was mishandling about 4 000 beagles before they are sent to laboratories to be used for testing.

Sunday morning is a time the Campbell family has been waiting for.

Campbell, her husband and daughter made sure they didn’t miss the opportunity to bring home Arthur, one of the shelter’s 15 beagles.

Which is a blessing considering where he’s from.

With thousands of puppies, like Arthur, being shipped across the country, many in Tampa wondered if any would come to the area.

Last night, that hope turned into reality when the Humane Society of Tampa Bay announced that 15 beagles would be there for adoption.

According to Vosburg, it was amazing to see people line up before sunrise just to have a dog call theirs.

“It’s amazing the dedication of some people to help the animals in our community,” she said.

Dedication from people like Edward Lewandowski, who, like the Campbells, arrived at 6 a.m. to adopt a puppy.

“He’s going to have fun like a dog,” Lewandowski said.

He says that, given the choice, he would have camped there last night if it meant securing a chance to bring his new beagle home.

“I would rather miss a new iPhone or a new Samsung or miss concert tickets, but I would have been totally upset if I had missed the opportunity to help a dog,” Lewandowski said.

And that’s why so many people wanted to be there, because seeing those faces was something they couldn’t pass up.

All 15 beagles were adopted during the Humane Society’s first two hours of operation on Sunday.

Vosburg says she’s not sure the Humane Society will get more beagles, but she’s just happy to see the 15 they found homes so quickly.