First batch of beagles removed from pet store being adopted 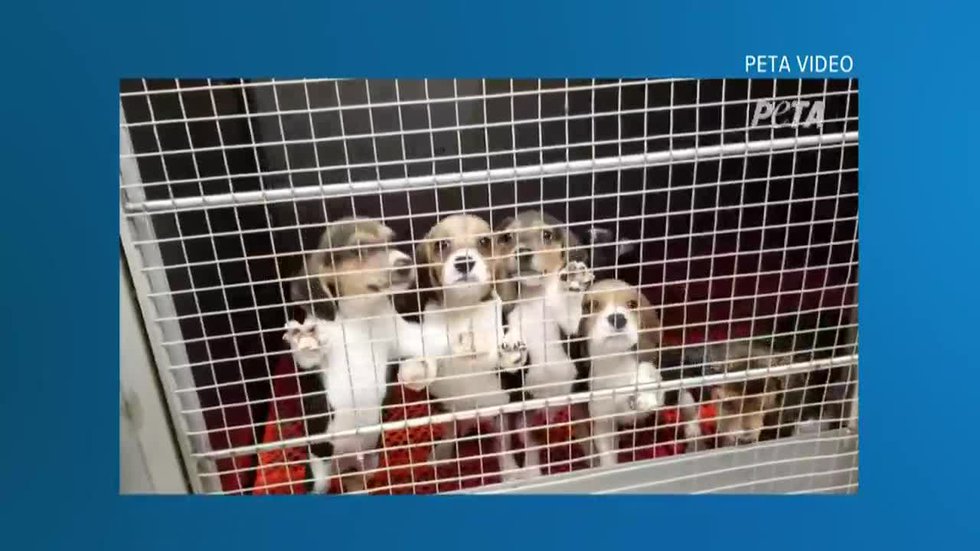 MARYLAND (WDBJ/USHS Release) – The first group of beagles arrive in Maryland on Thursday, set to be adopted after being removed from an animal testing facility.

4,000 beagles have been removed from Envigo in Cumberland, Virginia.

The Humane Society of the United States says more than 100 beagles, including puppies bred for animal testing at the Envigo facility, arrive at the unidentified facility in Maryland on Thursday night for treatment before be released for adoption.

At least some of the dogs should eventually be released for adoption in Southwest Virginia, including to the Lynchburg Humane Society.

The approximately 4,000 dogs were removed from Envigo’s Cumberland facility under a court-approved transfer plan submitted by the Department of Justice and Envigo, with agreement from the States Humane Society. -United.

The transfer plan came in the wake of a lawsuit filed against Envigo by the Department of Justice in May, alleging animal welfare law violations at the facility. According to the Humane Society, federal inspections resulted in dozens of violations, including findings that some dogs had been “euthanized” without first being anesthetized, dogs had received inadequate veterinary care and insufficient food, and dogs lived in unsanitary conditions.