France faced with the foie gras crisis, and Michelin menus in turmoil 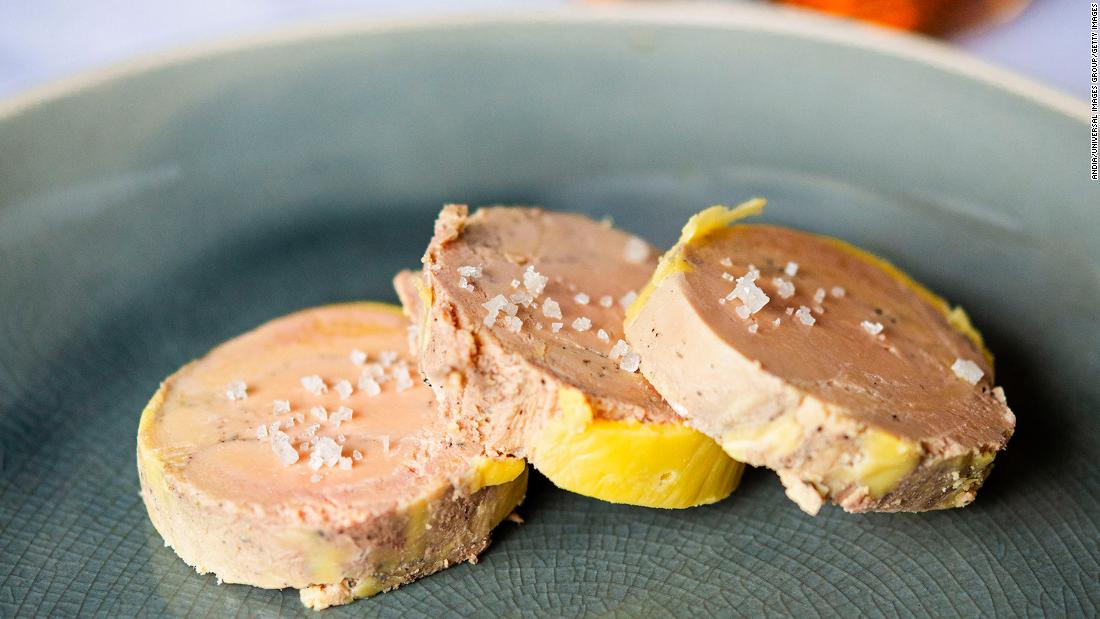 Paris (CNN) — Foie gras, a French culinary gem as delicious as it is controversial, is a staple of high-end restaurants across the country. But now it is disappearing from menus during an “unprecedented” crisis that has seen some manufacturers start considering portion reductions.

At the heart of the problem is an outbreak of bird flu that has been sweeping the country — and Europe — for months. It has already devastated the country’s poultry industry, but now it threatens one of the country’s greatest strongholds: its Michelin-starred restaurants.

“It’s been a month since we started having less foie gras, and this week we haven’t had any,” says Pascal Lombard, chef and owner of 1862, a Michelin-starred fine-dining restaurant in the bucolic southwest. from France.

Foie gras is no stranger to crises.

Its traditional production, involving the force-feeding of geese and ducks, has long drawn condemnation from animal rights activists, who have successfully had the methods banned elsewhere.

Yet while the French appetite for the delicacy has not been dampened by concerns over animal cruelty, another threat to avian welfare is now holding back consumption.

Epicenter of the outbreak

16 million birds have been slaughtered in France in an attempt to stem the avian flu epidemic.

The town of Les Eyzies, where Lombard’s restaurant is located, is in the heart of Périgord, one of the epicenters of the last avian flu epidemic.

The country has had to kill 16 million poultry since the outbreak began in November 2021 to try to control the disease, France’s agriculture ministry confirmed to CNN.

“This number is unprecedented for France, which had never been exposed to a crisis of such magnitude,” said Marie-Pierre Pé, director of the Interprofessional Committee of Foie Gras Producers of France.

Foie gras production in France is expected to drop by up to 50% this year, with the outbreak affecting 80% of the country’s foie gras producers.

A veteran of the foie gras industry with 35 years of experience, Pé is no stranger to avian flu. Like seasonal epidemics in the human world, bird flu strikes Europe almost every year as birds migrate to and from Africa.

This year, the epidemic appeared in the spring and reached the Pays de la Loire region in the west and the Périgord territory in the south-west, two crucial poultry production areas in France.

The Pays de la Loire alone represent 72% of ducks and geese born in the foie gras sector in France, according to Pé.

“I have a little smiley message [to the customers and producers]: We have to share with each other,” said Pé, adding that people should consume less foie gras this year so that more can have the chance to enjoy this delicacy.

“There will definitely be small packages to facilitate service to all customers,” she said.

Les Eyzies, home to Le 1862 restaurant, is at the epicenter of the outbreak.

To make matters worse, other major foie gras producing countries in Europe are also facing a similar crisis, making it difficult to make up for the shortfall through imports.

Bird flu has been detected across the European Union since October 2021, including European Foie Gras Federation member states, Spain, Belgium, Bulgaria and Hungary, according to the latest Commission report European on the epidemic.

To stem the epidemic and help production return to a normal level in 2023, Pé and his fellow foie gras producers are relying on two words that the Covid pandemic has made very familiar: isolation and vaccination.

“We have a surveillance program that follows the same principle as what we have known to fight against Covid-19,” she said.

In areas where bird flu is detected, producers shelter ducks and geese to ensure there is no contamination from migratory birds.

This forces producers to reduce the number of poultry on their farm so that they have enough indoor space to accommodate them, according to Pé.

Two candidate vaccines are in clinical trials, but they won’t be available until 2023 at the earliest, Pé said.

Back in Les Eyzies in southwestern France, chef Lombard is working on new dishes to fill the void left by the shortage of foie gras.

“Between the bird flu, the war in Ukraine and all that, we’re going to run out of a lot of products and we’ll have to adapt with the products we have,” Lombard said.

“2022 will be the year with a little more vegetable dishes and less meat.”