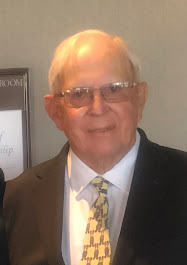 He graduated from the University of Vermont with a degree in pre-vet medicine and the University of Pennsylvania with a degree in veterinary medicine. After graduating in 1956, Dr. Vernimb returned to Vermont and joined Randolph Animal Hospital, where he became a Fellow in 1958 alongside his dear friend, Dr. Robert Arms. The rigorous nature of large animal veterinary medicine and chronic low income caused him to leave the practice in late 1964. Dr. Vernimb moved with his first wife Rona Cox Vernimb and three children to Norwich, NY, where he joined the Norwich Animal Health Division. Pharmacal Company (NPC) in poultry and large animal research, and as director of the NPC Animal Research Center. He enjoyed an eight-year career at Norwich before moving to Scotch Plains, NJ, where he joined the Schering-Plough Corporation in 1972. This move led to a rewarding 25-year tenure at Schering Animal Health. Recognized for his curious, caring and friendly personality, he has developed long-standing relationships. Dr. Vernimb retired in 1996.

Dr. Vernimb had several passions. He has always been a fan of the basketball programs of his two alma maters. The early years in New Jersey often saw him adjusting the rabbit ears of the family television in search of a clear signal to watch Penn Quaker basketball on Philadelphia stations. The 1978-79 Final Four team remained forever in his memory. He was also a terrific gardener and enjoyed working “the land”, otherwise known as his suburban land. The autumn leaves seemed to stimulate a “madness” in him. He was never satisfied until every leaf was bagged and the lawn was manicured. Dr. Vernimb was deeply involved in the activities of his children. He served as a starter for swimming competitions and celebrated the victories his two eldest children frequently achieved. He rarely, if ever, missed track and field competitions, basketball games, football games, or school concerts. His Saturdays inevitably found him at a high school football game, where he enjoyed watching his daughter and youngest son perform in the high school band. Fall and winter Sundays were all about watching his New York football giants, which unfortunately brought him more frustration than joy from the mid-1950s to the current seasons. Fortunately, Dr. Vernimb had more reliable and enjoyable pursuits during his long retirement with his beloved wife, Ruth, whom he married in 1992. Travel, golf, friends, and sports The Vernimbs’ eight combined grandchildren happily filled their time. He spent some enjoyable days at his golf course, Cripple Creek. He also carried out an in-depth research project tracing his ancestral roots. A prolific scholar, writer and historian, this venture has been his active project for over 25 years and provides the documented history of the Vernimb family from the 17and century ahead. Genealogy was a passion he pursued until his last months.

Dr. Vernimb had a love affair with Vermont. Things were unfortunately difficult financially for his parents whose small farm made it difficult to make ends meet. Dr. Vernimb was forever grateful for scholarships, financial aid, summer jobs, and loans from a generous neighbor in Vermont that enabled him to pursue his educational goals. This support motivated his lifelong generosity to UVM and Penn University scholarship funds throughout his adult life. His experience at UVM came full circle in 2011 when his eldest grandson, Philip, phoned him to say he would be competing at UVM as a track and cross-country athlete.

The family would like to thank the oncology nurses at Beebe South Coastal Cancer for their exceptional care during Dr. Vernimb’s illness.

Burial will take place at a later date.

Condolences may be placed on the Melson Funeral Home website: melsonfuneralservices.com.