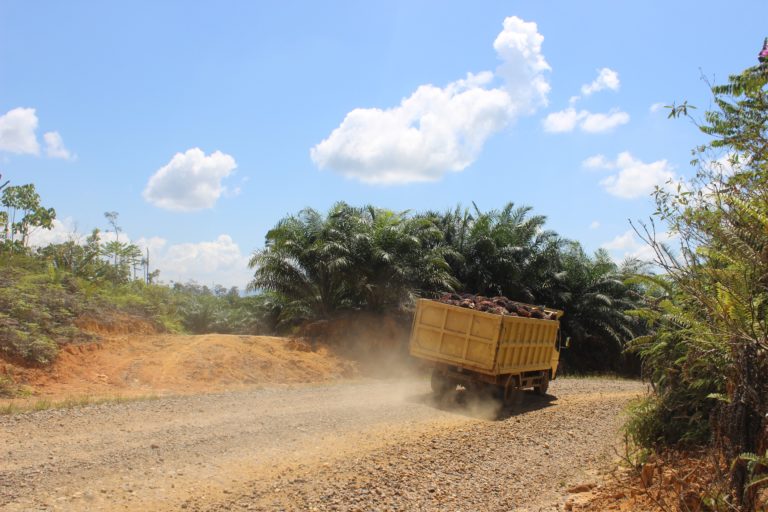 JAKARTA – Conservation groups are calling on the Asian Development Bank to tighten its scrutiny of a road project it plans to fund in Indonesian Borneo that could pose risks to indigenous communities and the environment.

The project, not yet approved but for which the ADB could offer a loan of 300 million dollars, aims to rehabilitate and modernize 280 kilometers (170 miles) of roads in the provinces of north and east of Kalimantan. The Indonesian government is touting the project as an effort to boost economic growth in this region bordering Malaysia and foster the integration of the palm oil industries of the two countries.

But the plan faces growing criticism from environmentalists around the world, as independent research and Mongabay’s own reports have highlighted the potential for environmental damage and social disruption to indigenous communities in the region.

“There are thousands of hectares of land not [oil palm] concessions straddling the proposed routes, ”Angus MacInnes, project manager at the nonprofit Forest Peoples Program, said in a statement on Oct. 15.

Industrial-scale deforestation over the past decades – for mining, logging, and oil palm cultivation – has threatened the well-being and lives of people and animals across the country. Indonesian Borneo. Extensive drainage of the island’s peat forests to make way for agriculture has also made the carbon-rich soil very susceptible to fires. In 2015 alone, almost half of the recorded deforestation in Indonesia, or nearly 8,000 square kilometers (3,100 square miles) of forest loss, occurred here.

Indonesian Borneo is the third most populous region in Indonesia, after the islands of Java and Sumatra (both being significantly smaller), and the government estimates that the current population of around 16 million will increase by nearly ‘one-third to reach over 20 million by 2035. The region is home to indigenous communities whose lives revolve around intact forests, as well as critically endangered species such as Borneo orangutans (Pygmy pongo).

Experts predict that the planned road project will have a direct impact on the districts of Nunukan and Malinau in North Kalimantan and Mahakam Ulu in East Kalimantan. All three districts have a low population density but are home to significant populations of indigenous Dayak peoples. The FPP said most of these communities do not yet have their customary rights protected by local regulations, making their ancestral lands particularly vulnerable to expropriation.

President Joko Widodo has also announced plans to move the Indonesian capital from Jakarta to East Kalimantan, raising more concerns about the social conflict resulting from the inevitable influx of people from heavily overpopulated Java.

“In North and East Kalimantan, the recognition of rights has been particularly slow and, where roads have been crossed, they have led to the dispossession of large areas of indigenous land for large-scale industrial plantations,” FPP said in the statement.

Despite the potential risks posed by the road project, the AfDB has classified it as “Category B”, which means a lower risk of negative effects, on aspects of involuntary resettlement of communities and impact on communities. indigenous peoples. AfDB officials recently suggested that the project could be reviewed in line with the Paris climate agreement’s efforts to limit global warming to 1.5 ° Celsius (2.7 ° Fahrenheit) above pre-industrial levels. .

“We’re looking at everything we do to see if it’s aligned with Paris,” AfDB Managing Director Bruno Carrasco said Oct. 13 at the bank’s North American office in Washington, DC, as quoted in the statement. by FPP.

“This will eliminate many projects, possibly including the Kalimantan road projects and others that appear to be blurry,” Carrasco added.

Environmental activists have called on the AfDB to reject the loan offer altogether or at least move the risk assessment of the project to “category A”, which means a high risk of negative impacts, unless ‘it cannot be carried out in accordance with the safeguard policies of the bank.

“These roads will destroy ecosystems and take away our customary lands,” said Darwis, project manager at the indigenous-led NGO Green of Borneo. “The government says it’s for us, but it’s really for the palm oil industry and its plantations.

COMMENTS: Use this form to send a message to the author of this article. If you want to post a public comment, you can do so at the bottom of the page.