HBO under pressure after whistleblower reports horse death on set 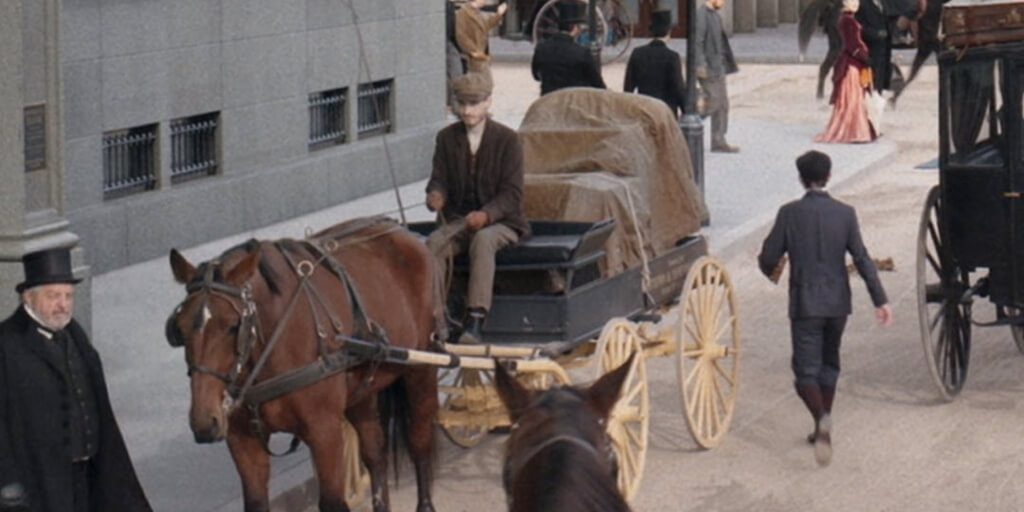 The whistleblower revealed that the horse was already ill, suffered head trauma and was seen foaming at the mouth when he collapsed on the tray.

HBO is being urged to conduct an internal investigation after a whistleblower informed animal rights charity PETA that a horse died during filming in Nassau County.

The incident happened on June 28 on the set of the television series The Gilded Age.

According to the source, the horse was 22 years old with possible health issues. PETA added that it was told the animal had suffered head trauma and was seen foaming at the mouth.

“If it weren’t for these whistleblowers, the apparent death of this vulnerable horse likely would have been swept under the rug,” PETA Senior Vice President Kathy Guillermo said in a statement.

In a letter to HBO Chief Content Officer Casey Bloys, PETA noted, “Horses are not props. They are sensitive animals that can be easily frightened.

“They should not be used in film or television productions at all. If so, an equine behaviorist should be on set at all times, and that person should have the authority to stop filming if the horses begin to show often subtle signs of restlessness.

This isn’t the first time HBO has been called out for equine deaths on its sets.

In 2012, during production of the television series Luck, PETA revealed that three horses had died, which consequently led to the cancellation of the series.

Guillermo added, “PETA reminds HBO that vigilant and compassionate people can be found on every set and urges it to stop using horses before anyone else dies in its productions.”

Following the incident, HBO released a statement, which read, “The safety and welfare of animals on all of our productions is a top priority, and the producers of The Gilded Age are working with American Humane to ensure full compliance. of all safety precautions. ”

According to HBO, representatives from the American Humane Society were on set at the time of the death and interviewed all staff.

However, the Nassau County SPCA, which is also investigating the horse’s death, said there is no law requiring the humane society or experts to inspect animals on site.

Commenting on PETA’s assertion of the horse’s condition, SPCA President Gary Rogers said, “If the horse dies and falls to the ground, it could be injured.

“We are trying to determine if this was caused by the incident or what caused the bruising.”

In cases of neglect or abuse, the SPCA will contact the Nassau County Attorney.

Animal deaths on the plateaus

Besides HBO, PETA has also called out other production companies for their ruthless treatment of animals on set in the past.

Last year, the vegan charity confronted Netflix to cut a scene from Nicolas Winding Refn’s Danish series Drive after a whistleblower informed the group that a pig had been shot and killed for that.

Share this story: HBO Under Pressure After Whistleblower Reports Horse Death On Set.