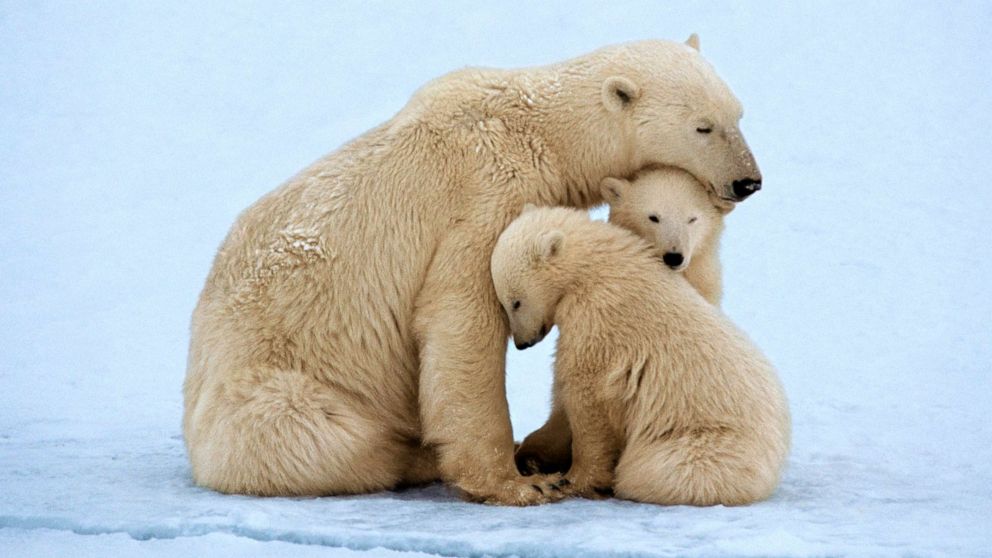 Global biodiversity is under constant threat from warming temperatures and extreme changes in climate and weather conditions.

And while this “pessimism” is the typical discourse surrounding how climate change is affecting biodiversity, another interesting aspect of warming temperatures is how different species have adapted over the decades as the warming progresses. , according to experts.

Species generally adapt in three ways, Morgan Tingley, an associate professor of ecology and evolutionary biology at the University of California, Los Angeles, told ABC News. They shift their distribution, change space, or move from place to place when the region becomes too hot (i.e. to a cooler region at higher altitudes). There are also changes in phenology, or the seasonal timing of biological events, such as the birth of deer or the return of birds from migration. And finally, species themselves change, either through evolution or natural selection, Tingley said.

How species change is the least well studied, but more research is emerging to identify the role of climate change in adaptation, Tingley said.

Biodiversity loss is complex – and the most direct impact humans have on it is habitat loss rather than climate change, experts say. But as new research emerges, the role of climate change is also being considered.

“Climate change is like this global killer,” Maria Paniw, an ecologist at the Doñana Biological Station, a public research institute in Seville, Spain, told ABC News. “Indeed, it often compounds all the other risks animals face.”

Here are some unusual ways that climate change is affecting nature:

Tuberculosis risks in meerkats are increasing

Higher temperature extremes may increase the risk of tuberculosis outbreaks in Kalahari meerkats by increasing physiological stress, as well as the movement of males between groups, according to a study published in Nature Monday.

As South Africa’s Kalahari Desert continues to warm, meerkats are becoming more physically stressed and therefore unable to wake up early to feed for most of the year, Paniw said. The heat, combined with the dry conditions resulting from less rainfall, also results in less food availability.

This widespread physical stress can lead to epidemics of endemic diseases such as tuberculosis, exacerbated by the fact that meerkats are a social species that interact in groups.

“Due to the physical stress involved and the lesser availability of food, unhealthy conditions, these endemic diseases may develop into severe epidemics more frequently in the desolate miracle groups of these new groups,” Paniw said.

Similar behavior has been observed in squirrels, which, when infected with a bacterial infection, can spread it “more widely” in warmer conditions, she added.

Rise in “divorce” rates among albatrosses

Albatrosses, a monogamous species famous for mating for life, are experiencing higher “divorce” rates as temperatures warm, according to a study published in the Royal Society Journal in November.

The rate of pairs of black-browed albatrosses that separated and found new mates rose to 8% during years of unusually warm water temperatures, researchers found who found more than 15,000 pairs of albatross in the Falkland Islands in 15 years.

The previous divorce rate of 1% to 3% usually involved female albatrosses finding a new mate following an unsuccessful breeding season, scientists have said. But during atypical heat years, breakups increased even among couples that successfully bred.

The research is the “first evidence of a significant influence of prevailing environmental conditions on the prevalence of divorce in a long-term socially monogamous population,” the authors concluded.

The findings will also provide “critical insight” into the role of environment on divorce in other socially monogamous avian and mammalian populations, the researchers said.

Polar bears are breeding due to melting sea ice

Polar bear populations have been found to show a loss of genetic diversity of up to 10% over a 20-year period due to inbreeding due to habitat fragmentation, according to a recent study published in Royal Society Journals in September.

Scientists studied in Svalbard, the Norwegian archipelago in the Barents Sea, and found that the inbreeding in which inbreeding occurred was correlated with a “rapid disappearance of Arctic sea ice”.

Simo Maduna, a researcher at the Norwegian Institute for Bioeconomy Research and author of the study, described the results as “alarming” and “surprising” to ABC News.

The lack of genetic diversity could also eventually lead to the species’ inability to produce fertile offspring or resist disease, Maduna said.

“With genetic diversity, when the population gets so small, you’ll find there’s a higher chance of closely related individuals mating and producing offspring,” he said. “But it comes with a risk in the sense that some of the traits…that are recessive, will now be essentially unmasked in the population.”

When the gray seals give birth it changes

Researchers who have monitored gray seals in the UK’s Skomer Marine Conservation Area for three decades have found that climate change has caused older seal mothers to give birth to young earlier. The observation that favors the hypothesis that climate affects phenology, or the timing of biological events, by altering the age profile of the population, revealed a study published in November in the Royal Society Journals.

In 1992, when researchers began studying gray seal populations, the middle of the pupping season was the first week of October. In 2004, the calving season had advanced three weeks earlier, to mid-September, according to the study.

Warmer years were also associated with a higher average age of mothers, the scientists found. Gray seals usually begin breeding around age 5 and may continue for several decades afterward. But the older the seals got, the earlier they gave birth.

The changes have not been isolated to the UK, as there have been observable shifts in the timing of seal life in the Atlantic and around the world, according to the study.

Birds in undisturbed areas of the Amazon rainforest, the world’s largest, are experiencing physical shifts toward drier and warmer climates, according to a study published in Science Advances in November.

Scientists who studied four decades of data on Amazonian bird species found that 36 species had lost significant weight, some as much as 2% of their body weight every decade since 1980. Additionally, all species showed a decrease in average body weight.

“Faced with a changing environment, the biological responses of species are limited to extinction, distributional changes and adaptation,” the authors said. “For lowland birds in the Amazon, population trends for a subset of the community are not encouraging.”

Birds are considered by scientists to be a sentinel species, indicating the overall health of an ecosystem. Precipitation in the region decreased as the average temperature increased – throughout the study period.

Tingley, who studies birds, said a general assumption surrounding the phenomenon is that animals need to shrink as temperatures rise to become more “thermo-efficient” and regulate body heat.

“Because as things heat up, it’s basically more efficient to have a smaller body size because you can dissipate heat more efficiently,” he said.