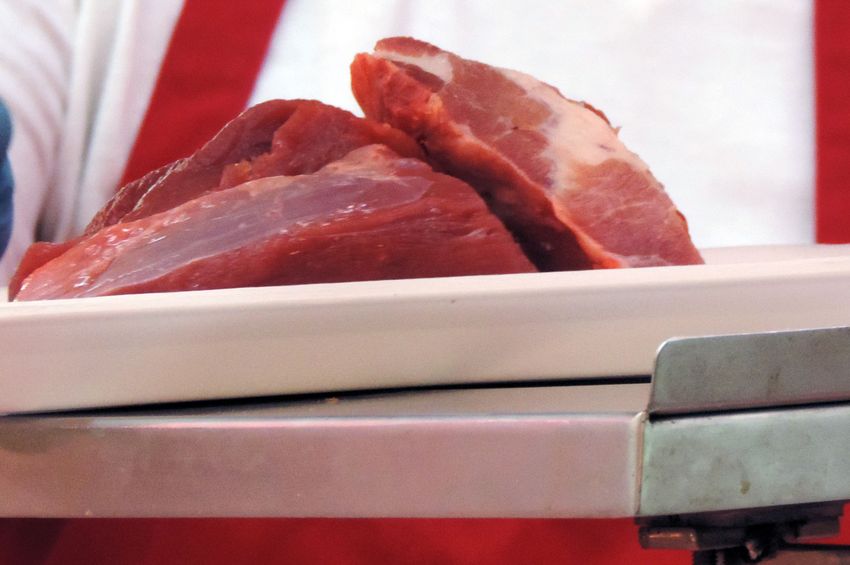 In the United States and around the world, cardiovascular disease is the leading cause of death. While the risk of developing cardiovascular disease, including heart attack and stroke, increases with age, other risk factors are influenced by lifestyle. Lifestyle and behaviors known to improve cardiovascular health include eating healthy foods, especially fruits and vegetables; regular physical activity; get enough sleep; maintain a healthy body weight; stop smoking; and controlling high blood pressure, high cholesterol, and high blood sugar.

“Most of the attention to red meat consumption and health has focused on levels of dietary saturated fat and blood cholesterol,” said study co-lead author Meng Wang, Ph. D., a postdoctoral fellow at the Friedman School of Nutrition Science and Policy at Tufts University in Boston. “Based on our findings, new interventions may be useful in targeting interactions between red meat and the gut microbiome to help us find ways to reduce cardiovascular risk.”

Previous research has shown that certain metabolites—chemical byproducts of food digestion—are associated with an increased risk of cardiovascular disease. One of these metabolites is TMAO, or trimethylamine N-oxide, which is produced by gut bacteria to digest red meat that contains high amounts of the chemical L-carnitine.

To understand these questions, the researchers conducting this study measured the levels of the metabolites in blood samples. They also investigated whether blood sugar, inflammation, blood pressure and blood cholesterol could explain the elevated cardiovascular risk associated with red meat consumption.

Study participants included nearly 4,000 of the 5,888 adults originally recruited from 1989 to 1990 for the Cardiovascular Health Study (CHS). Participants selected for the current study were free of clinical cardiovascular disease at the time of enrollment in the CHS, an observational study of cardiovascular disease risk factors in adults aged 65 or older. The CHS follows 5,888 participants recruited from four communities: Sacramento, California; Hagerstown, Maryland; Winston-Salem, North Carolina; and Pittsburgh, Pennsylvania. The average age of participants at enrollment was 73, nearly two-thirds of participants were female, and 88% of participants identified as white. The median duration of participant follow-up was 12.5 years, and up to 26 years in some cases. At the follow-up appointment, participants’ medical history, lifestyle, health conditions, and sociodemographic characteristics — such as household income, education, and age — were assessed.

Several blood biomarkers were measured at the start of the study and again in 1996-1997. Fasting blood samples stored frozen at -80˚C were tested for levels of several gut microbiomes linked to red meat consumption, including TMAO, gamma-butyrobetaine and crotonobetaine.

In addition, all study participants completed two validated food frequency questionnaires about their usual eating habits, including consumption of red meat, processed meat, fish, poultry, and eggs, at the start of study and again from 1995 to 1996. For the first questionnaire, participants indicated how often, on average over the previous 12 months, they had consumed given amounts of various foods, ranging from “never” to ” almost daily or at least five times a week,” based on average portions, which varied by food source. The second questionnaire used an average consumption frequency in ten categories over the past 12 months, ranging from “never or less than once a month” to “six+ servings a day”, with defined standard serving sizes.

For the current analyses, the researchers compared the risk of cardiovascular disease among participants who ate different amounts of animal-based foods (i.e., red meat, processed meat, fish, chicken, and eggs). They found that eating more meat, especially red meat and processed meat, was linked to a higher risk of atherosclerotic cardiovascular disease – a 22% higher risk for around 1.1 servings per day.

“Research efforts are needed to better understand the potential health effects of L-carnitine and other substances found in red meat such as heme iron, which has been linked to type 2 diabetes, rather than just focus on saturated fat,” Wang said.

The study had several limitations that may have affected its results. The study was observational, meaning it could not control for all risk factors for cardiovascular disease, and may not prove a causal relationship between meat consumption and cardiovascular disease or its mediation by chemicals generated by gut microbes. In addition, food consumption was self-reported, so reporting errors were possible. And, because most study participants were older white men and women in the United States, the results may not apply to younger or more racially diverse populations.

Studies published in the scientific journals of the American Heart Association are peer reviewed. The statements and conclusions in each manuscript are solely those of the study authors and do not necessarily reflect the policy or position of the Association. The Association makes no representations or warranties as to their accuracy or reliability. The Association receives funds primarily from individuals; foundations and corporations (including pharmaceutical companies, device manufacturers, and other businesses) also donate and fund Association-specific programs and events. The Association has strict policies to prevent these relationships from influencing scholarly content. Revenues from pharmaceutical and biotechnology companies, device manufacturers, and health insurance providers as well as the Association’s aggregate financial information are available here.

About the American Heart Association

The American Heart Association is an unrelenting force for a world of longer, healthier lives. We are committed to equitable health in all communities. Through collaboration with many organizations and millions of volunteers, we fund innovative research, advocate for public health and share vital resources. The Dallas-based organization has been a leading source of health information for nearly a century. Join us on heart.org, Facebook, Twitter or by calling 1-800-AHA-USA1.