Industry will push for live sheep exports and visa access 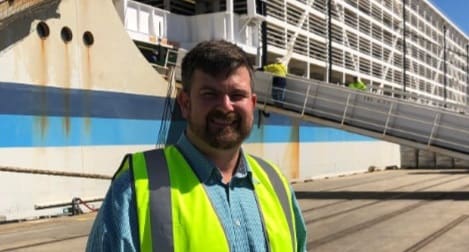 Australia’s sheep and wool sector is maintaining its course of maintaining live sheep exports and improving access to overseas workers as the country faces the prospect of a Labor government.

In the face of ALP’s commitments to initially maintain the North’s live summer sheep export ban and to consult with the industry on a phase-out, the Australian Cattle Exporters Council still supports its recent performance as a cause for continued Trade.

ALEC chief executive Mark Harvey-Sutton first congratulated the new government and said the organization was still committed to working with everyone in government.

“The performance of our industry will be self-sustaining, which we are very proud of.

He said the next steps for ALEC are to engage with whoever is confirmed as agriculture minister and to work constructively with the government.

“First, we need to know who the new agriculture minister is and our position remains that phasing out is not necessary.”

He said the factors involved included the industry’s recent performance in reducing mortalities and the practical reality of whether the Western Australian sheep industry can move into full processing with the current labor shortage. works in the red meat sector.

“There is work to be done, but we will consider that our results are there.

“The industry has met all of its performance expectations and to maintain this policy (ALP) it is setting a policy of such concern for all of agriculture that I think it will prove very difficult to put into effect. implemented,” Harvey-Sutton said.

“We have a job to do to make sure we have a living sustainable export sector that includes both sheep and cattle exports.

“The reason we have the live animal export industry is that it actually works for us; we have markets that demand livestock for food security and we have the production systems that support it.

“This is often the overlooked point; we are actually a geopolitically important trade not only for the food security of these trading countries but many other trade relationships are built on the backs of livestock and that has benefited all of agriculture if not the broader trade relationships like good.”

Shearing Contractors of Australia CEO Jason Letchford said he was still concerned about the likely extent of ALP’s policy on skilled foreign workers and whether it would allow shearers in the UK and America to come to Australia.

During the election campaign, the PLA rejected the former coalition government’s agricultural visa plan, backed by the National Farmers’ Federation, to attract workers from several countries, including Vietnam.

Labor has pledged to reform the Pacific Australia Labor Mobility Scheme’s seasonal worker scheme and expand the PALM Pacific Labor Scheme. He said he would establish a dedicated agricultural visa stream under PALM, creating a robust and sustainable four-year visa, with portability, strong oversight mechanisms, and worker protections and rights.

Former trade minister Dan Tehan also said the UK-Australia free trade deal would allow young Australians up to the age of 35 to work and study in the UK. UK up to three years, potentially opening the door to young skilled shearers.

However, Mr Letchford said the industry should have seasonal access to skilled workers from the northern hemisphere that New Zealand already has access to.

“It would be remiss of any government not to allow us to compete with countries like New Zealand in accessing these workers.

“That was the promise in November (2021) when we were headlined by the coalition government, that we would take advantage of Brexit and that would include a skilled workforce that would be interchangeable,” Mr Letchford said.

“It’s about remaining a competitive country that will tap into that source of labor and leave us behind, and we’ll be short again.”

Mr Letchford said he expected Labor to deliver on its PALM commitment. 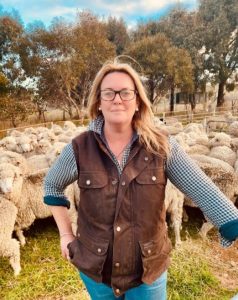 WoolProducers’ Australian chief executive, Jo Hall, said the top body congratulates the new Labor government and looks forward to working with him and the new agriculture minister to deliver results for all Australian wool producers.

WoolProducers has developed a number of political priorities for the new government through the five pillars of the “Roadmap 2030 – Australian Agriculture’s plan for a $100 billion industry” which encompasses customers and the value chain, sustainable growth, innovation, people and communities, as well as capital and risk management.

“We will take all necessary steps to put pressure on the government to continue our policy,” she said.

“Our industry needs a suitable visa to access qualified personnel, which is why we have requested the establishment of a visa exchange program with the United Kingdom, South America and the United Kingdom. Africa for the wool harvest.

“Existing international labor regimes in their current form are not fully applicable to shearing; however, recent amendments to the PALM program have been positive,” she said.

“While we are very supportive of the PALM program in terms of being able to train new entrants into the industry, it is not a short-term solution, which is why we are pushing for a visa exchange program with countries that have existing skills, shearers and lost hands.

Ms Hall said it was extremely disappointing to learn of the ALP’s animal welfare policies through animal rights groups during the election campaign, especially when the Shadow Minister of Agriculture, Julie Collins, could not provide details when questioned during the Farm Leaders Debate in late April.

“We hope that in the future the ALP will work closely with the industry to understand and recognize the excellent work that wool producers are currently doing to ensure the health and welfare of their animals.”