As people like Elon Musk and NASA look to Mars, it can seem like they’re doing all the work themselves.

But a team of British scientists almost got there first – and with a fraction of the budget.

The Â£ 42million Beagle 2 was a one-of-a-kind Martian lander robot that was designed on the back of a beer mat and assembled in a garage by eccentric planetary scientist Dr. Colin Pillinger.

Named after Charles Darwin’s ship the Beagle, the Â£ 42million Beagle 2 had one mission: to scan the surface of Mars for alien life.

It immediately crashed into a large crater, tried unsuccessfully to send a Blur song back to Earth, and then got lost for almost 12 years.

That is to say until its rediscovery by the US space agency NASA in 2015.

So how did Britain’s first major contribution to the 21st century space race turn out so badly?

And what can Beagle 2 teach us about life on Mars?

“Designed on the back of a coaster”: how the Beagle 2 was built

With a mutton chop beard and thirty acres of farmland under his belt, Dr Pillinger seemed like an unlikely candidate to bring the UK to Mars with the Beagle 2.

Underneath it all, however, he was a brilliant scientist and professor of planetary science who worked at Cambridge and the Open University.

His dream: to find extraterrestrial life on Mars.

Like all great works, the initial designs of the Beagle 2 were sketched on the back of a coaster in a “bar in Toulouse”. The end product was even assembled in what Pillinger called â€œa garageâ€.

The Beagle 2 lander was about two meters wide and was packed with kits that would allow it to burrow beneath the Martian surface and use special sensors to scan the ground for signs of life.

Best of all, it was incredibly compact, which meant it was a relatively affordable and efficient design for a Martian lander probe.

The “mad professor” who wanted to “go to Mars cheaply”

Dr Pillinger was not just a great scientist. He was a master of advertising, known for his rambling football references on radio and television.

After successfully convincing the European Space Agency to add a lander to its Mars Express mission, Dr Pillinger had a helping hand. artists.

His colleagues at the time described him as “that mad professor who wants to go to Mars on a shoestring” – if by small they meant the Â£ 42million it would end up costing the UK taxpayer. However, the merits of the project eventually won their support.

When he wanted to show his idea to the press, he stuck a replica of the lander on the back of a supermarket cart and rolled it into a university parking lot. 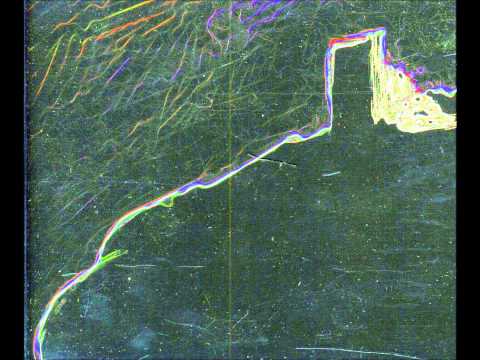 Dr Pillinger even convinced two members of the Blur group, Dave Rowntree and Alex James, to join us. The group released a song, â€œBeagle 2,â€ to be sent back to Earth when the spacecraft landed safely on Mars.

According to mission director Professor Mark Sims, there’s a good chance Lander played the song successfully despite the crash, making it the first track to be played on Mars.

Eventually, the UK government agreed to pay Â£ 22million to fund the mission, alongside Open University and the European Space Agency.

“The Christmas that never came

The Beagle 2 had no problem reaching its destination, thanks to ESA’s Mars Express Orbiter, which took it on a relatively smooth six-month jaunt to the Red Planet.

However, as Mars Express dropped the Beagle 2 on its target, a gigantic crater called Isidis Planitia, mysterious problems occurred. The lander was missing for a few days and could not be contacted.

Dr Pillinger was questioned heavily by the press at the time. He used some of his favorite football analogies to reassure people.

“We have driven 250 million kilometers, we have a draw in the first leg,” he said as the Beagle 2 flew to Mars.

“We are playing the second leg on Christmas Day.”

But on Christmas Day, the Beagle 2 never returned the Blur song as expected.

Dr Pillinger was upset. According to his family, he spent all Christmas sulking, that Christmas that never was.

He added: “Ultimately there is a point where you can say we have no idea where this spaceship is.”

The rediscovery of Beagle 2

Neither NASA nor ESA managed to make contact with the Beagle 2, and Dr. Pillinger tragically died of MS without fulfilling his dream. The Beagle 2 was declared “lost” in February 2004.

However, in 2014, NASA picked up strange signals on the Martian surface. Eleven years after his forced landing and just a few months after Dr Pillinger’s death, they found Beagle 2.

The pictures suggest that Beagle 2 failed at the last hurdle. Three of its four solar panels opened, but its communication tools failed. The analysis suggested that he even gathered a lot of data, but was never able to send it back to Earth.

For the latest news and stories from around the world from the Daily Star, sign up for our newsletter by clicking here.

Mark Sims told the BBC: “We’ve come together. We’ve been successful in so many things. It’s such a shame the communications didn’t work and we didn’t get the science back.”

While Beagle 2 didn’t quite cut the mustard, it taught space boffs about the many dangers of landing on Mars and taught us all to never give up.