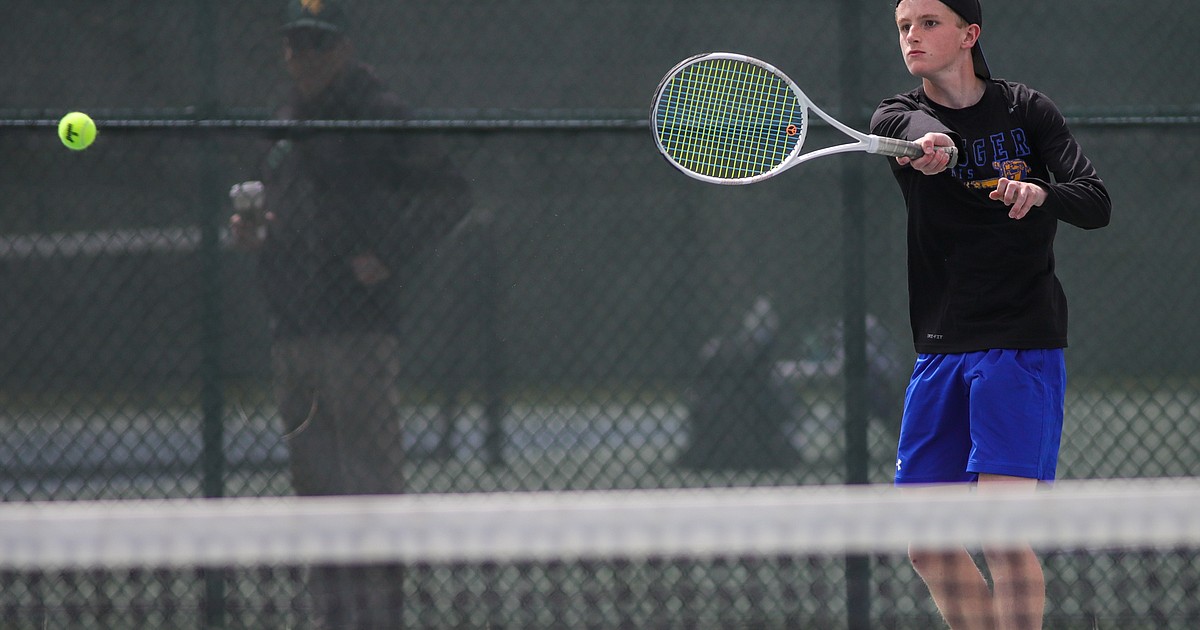 Whitefish came home with two doubles championships and swept the tag team titles at the Western A Division Tennis Tournament, but the boys’ singles provided the biggest upset of the tournament.

Freshman Ryan Beagle of Libby earned an upset victory over Torrin Ellis of Polson in the boys final in straight sets with a tiebreaker, 7-6 (6-1), 6-0. Beagle also beat Ashten Nelson of Polson and Austin Gunset and Joe Brandt of Whitefish en route to the division title. Brandt finished fourth.

Mason Kelch and Aaron Dicks of Whitefish edged Trent Wilson and Owen McElwee of Polson in the men’s doubles final.

Emma Trieweiler and Tallory Workman made two doubles titles for Whitefish with their win over Ronan’s Aaliyah Decker and Alyssa Pretty On Top. Anyah Cripe fell to Polson’s Clara Todd in the girls’ singles final, and Lauren Brown beat Columbia Falls’ Cloey Ramage in the third-place match, which was played on Saturday morning.

Cade Morgan and Cody Schweikert of Columbia Falls also clinched their ticket to state with their third-place finish in doubles.

Whitefish won both tag team titles. The girls scored 62 points and Polson was second with 46. On the boys’ side, Whitefish won with 51 points to Polson’s 37. Scores were not kept for the remaining teams.

The State A Tennis Tournament will be held May 26-27 in Bozeman. The top four singles players and top four doubles players from the divisional tournament qualify for the state.