Meat Science Club learns how sausage is made | Nebraska today 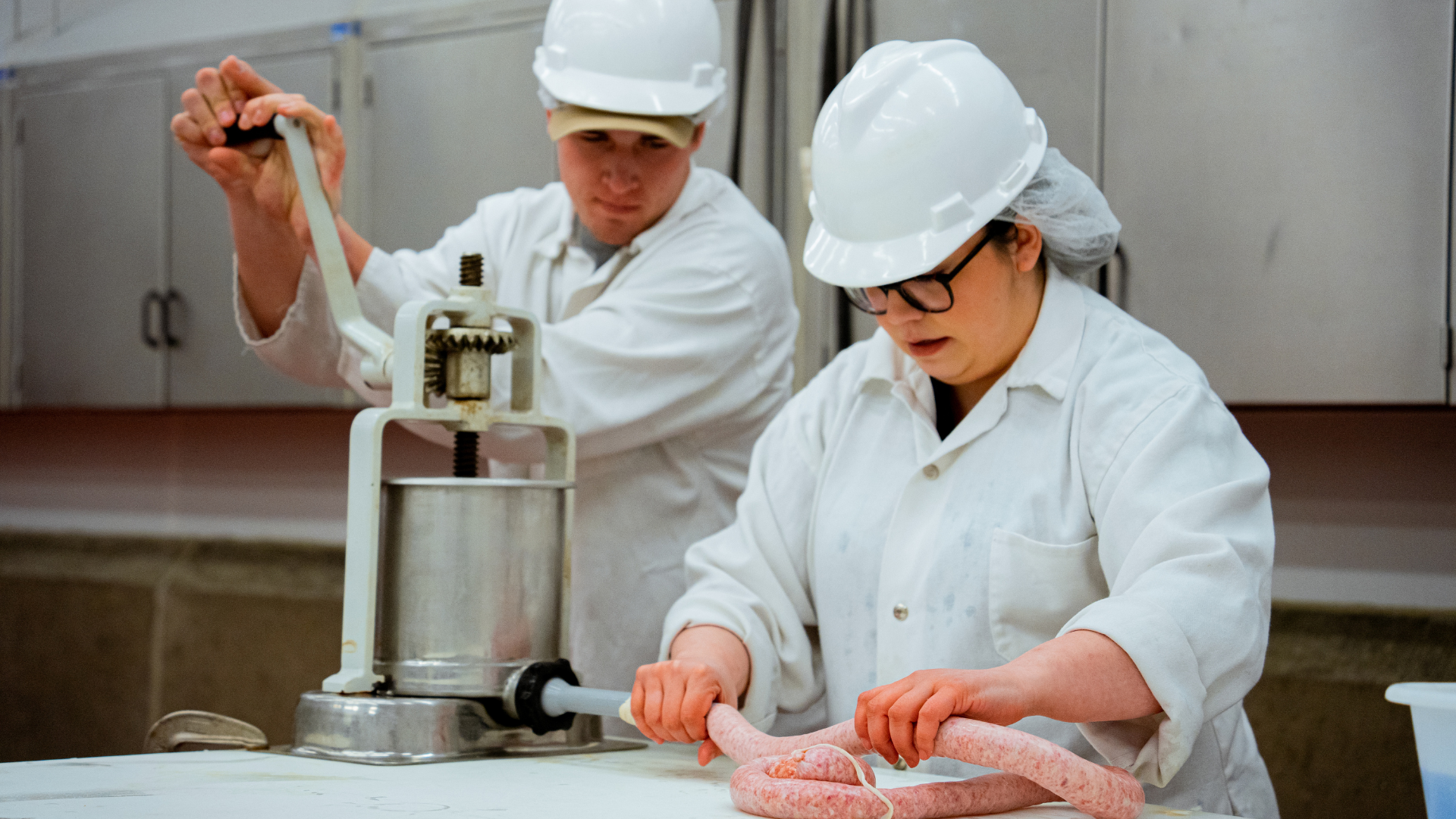 The Meat Science Club at the University of Nebraska–Lincoln explores the science behind the artisanal world of sausage making.

At the Sausage Making 101 session — which took place Feb. 28 and served as the first club event of the semester — Husker undergrads learned how to grind, stuff and season sausages from experienced Masters students. and in doctorate. The session was part of a larger club initiative to provide students with hands-on, interactive experiences in the areas of meat science.

“We’re trying to increase exposure to meat science because most people don’t know that meat science is a career and an area of ​​interest, so Sausage Making 101 was focused on introducing students to some of the basic concepts,” said Gary Sullivan. , associate professor of meat science and educational adviser to the club.

Next, Furbeck and PhD student Leila Venzor explained the vital differences between the sizes of sausage filler horns and casings.

For example, a narrower horn is used to make hot dogs, while a wider horn is used to make something like summer sausages. Some artificial sausage casings used by major manufacturers are meant to be removed, while natural casings are meant to be eaten. Students learned the intricacies of casings, such as how to rinse the salt used to preserve a natural casing.

Fraizer Kaelin, a freshman in grassland systems, pushed the sausage through the stuffer, while Venzor guided the meat and spice mixture through the casing, demonstrating how to make different sizes of sausages.

After behind-the-scenes lessons at the Loeffel Meat Lab, students sampled a variety of variations (from chorizo ​​to andouille sausage) while learning about the history of sausages – which began as a way to use all the parts of an animal – and the importance of salt.

The event ended with a sausage-making contest, giving students the opportunity to apply what they learned. Students were given access to spices to create their own variation and judges selected the winners – one, a sausage inspired by chorizo, the other flavored with honey and spices.

Sausage-making has long been an integral part of the Meat Science Club, which launched in 2019. One of its founders, Faith Rasmussen, designed a nationally award-winning jalapeño popper bratwurst that’s still on sale seasonally around the world. the Loeffel Meat Shoppe.

“It started with a student discussion trying to figure out how to connect graduate and undergraduate students who were focused and interested in meat science,” Sullivan said.

The club, whose first president was Furbeck, offers students a range of activities and opportunities to engage and learn about the science of meat.

“We don’t want students to feel like they’re attending another conference after spending an entire day in class,” said Avery Vieregger, club president.

Members have the opportunity to visit packaging plants, present research posters, participate in competitions, learn from industry experts, join a quiz team and travel to the conference reciprocal on meat.

Vieregger, an animal science major with a focus on meat science, joined the club in her second year during their annual chop challenge and became president when the former president went to graduate school.

“I’ve made many incredible relationships with faculty and graduate students through the club,” Vieregger said. “I got jobs and internships by meeting industry leaders with the club, just like others in the Meat Science Club.”

Vieregger is rebuilding and reorganizing the club after the start of covid-19. She worked with and listened to former members and strives to involve and keep people involved, and Sausage Making 101 was just one step towards that goal.