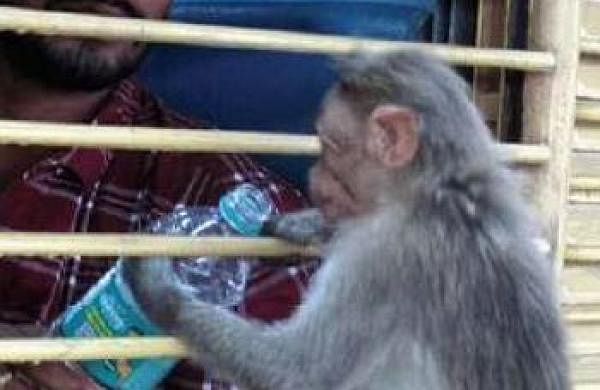 BENGALURU: Forestry Department and Wildlife Crime Control Bureau (WCCB) officials, experts and activists are on high alert to verify cases of poaching and wildlife crime, in particularly related to monkeys. This is all the more true after an alert in this regard was issued by the WCCB to all States and Forest Departments. Although forestry officials and experts have said no cases of live monkeys being transported have been detected, recent incidents of finding monkeys in bags could be the tip of the iceberg of such cases.

An ecologist working closely with the Forestry Department said the use of live animals for laboratory and chemical testing is a big threat and the recent death of Bonnet Macaques in Karnataka may be one of them.

“Live monkeys are in demand and the sick, injured or weak could have been thrown into sacks. There is also another theory that increasing human-animal conflict was the reason for the death of the monkeys. The lookout notice rings a bell,” the conservationist said.

Conservationists have pointed out that in the 1990s Beagles were used for trials and after much effort they were stopped. The alert should not be ignored as it is ad hoc as governments strive to control their population. On the other hand, cases of monkeys attacking humans are also being reported, especially in tourist areas, due to the increase in incidents of tourists feeding them.

A WCCB official told TNIE that the alert was raised based on some cases that came to light in the past. Close surveillance is also exercised over ports and other areas from which monkeys may be transported. Border checkpoints were also kept on high alert.

“This is the first time such an alert has been issued for a specific species. So far, monthly and seasonal alerts are issued such as poaching of owls during Diwali or pangolins and star tortoises all year round. But no special alerts for monkeys have been issued so far,” a senior Forestry Department official said.