adminOctober 30, 2021BeaglesLeave a Comment on National Trust Members Vote To Ban Trail Hunting Fearing It Is A “Cover” For Hunting With Dogs | UK News 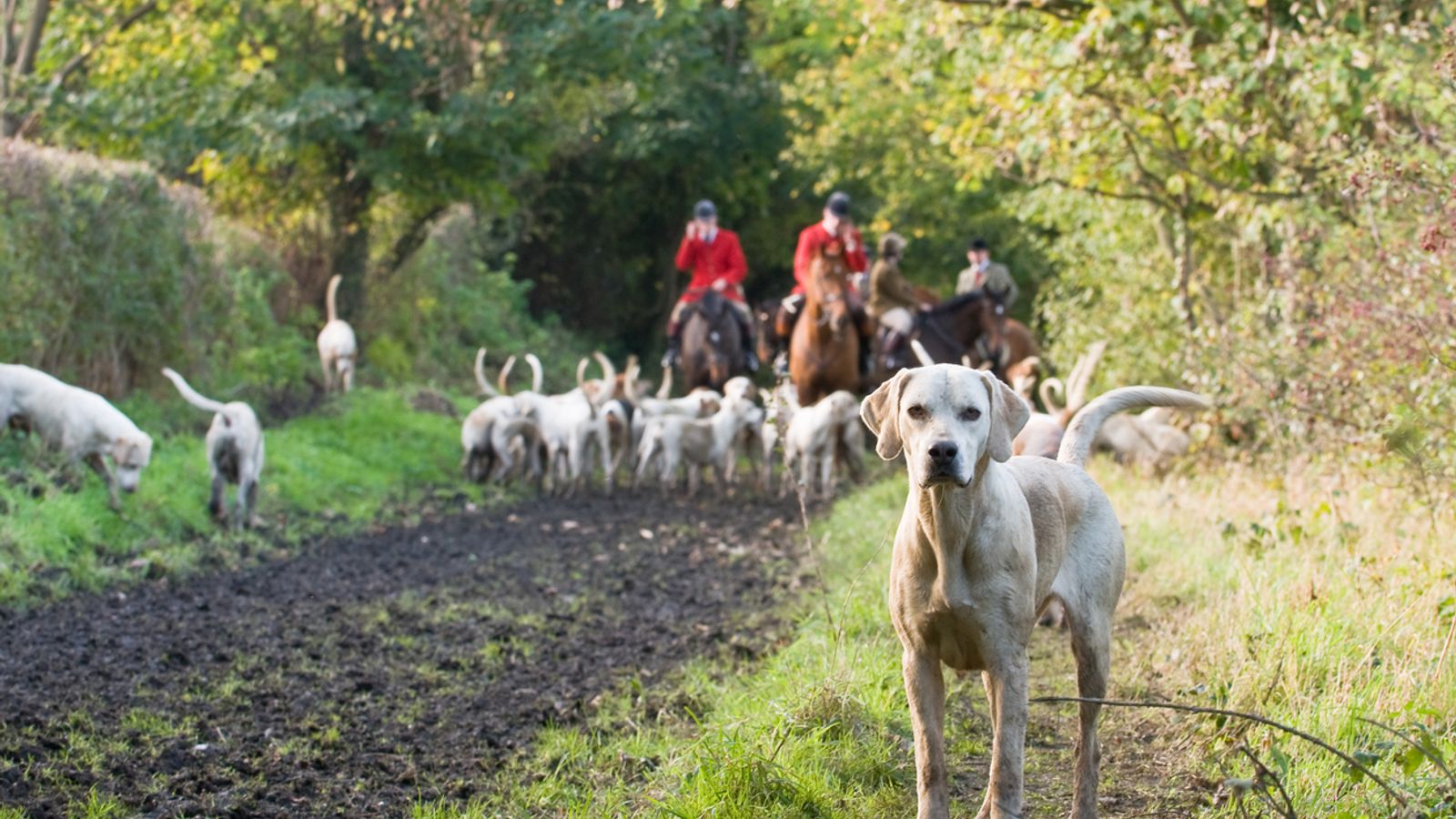 Members of the National Trust voted to ban track hunting over fears it could be used as a “smokescreen” to hunt and kill foxes.

Track hunt involves people on foot or on horseback following a scent along a predetermined route with dogs or beagles without the foxes being deliberately chased or killed.

Voters who supported a motion to ban activity on Trusted Lands say “overwhelming evidence leads to the conclusion that ‘trail hunting’ is a blanket for hunting with dogs.”

The board is expected to consider the outcome of the vote after Saturday’s annual general meeting – as it is only advisory and not legally binding.

Protesters from the UK animal welfare charity League Against Cruel Sports gathered outside the Harrogate Convention Center in North Yorkshire as the event was held in support of the ban.

Andy Knott, chief executive of the charity, welcomed the result, saying: “Enough is enough. Now that the members have voted to end it for good, we must insist that the trustees of the National Trust listen and act.

“The trust must permanently ban ‘trail’ hunting on its land. Other owners should take note and follow suit immediately.

However, the Countryside Alliance, which campaigned against the motion, said Saturday’s result represents a “tiny fraction” of the national membership and therefore gives no mandate.

The Hunting Act 2004 banned the hunting of wild mammals with dogs in England and Wales.

Last November, the National Trust and Forestry England suspended trail hunting licenses on their lands in light of a police investigation into webinars involving hunters discussing the practice.

The vote also comes weeks after prominent hunter Mark Hankinson was sentenced after giving advice on how to secretly conduct illegal fox hunts.

Hankinson, director of the Masters of Foxhounds Association, was found guilty by the Westminster Magistrates’ Court of intentionally encouraging hunters to use legal hunting as “a sham and a fiction” to illegally hunt and kill animals via two webinars organized last August. year.

The judge ordered him to pay £ 3,500 and concluded that he “clearly encouraged the mirage of trail-laying to cover old-fashioned illegal hunting”.

Polly Portwin, campaign manager for the hunt for the Countryside Alliance, argued that passing the motion “would totally undermine the Trust’s own motto: ‘for everyone, forever'”.

She said the alliance remains ready to work with confidence “to ensure that everyone can have confidence that the trail hunting activity is open, transparent and legitimate”, adding that there is “absolutely no mandate to ban any legal activity that has been conducted on National Trust Land for generations.”