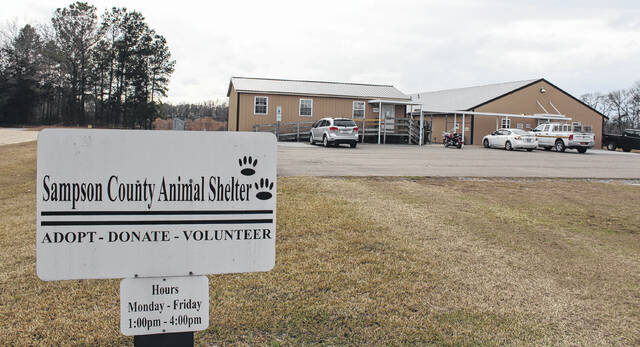 The Sampson County Animal Shelter has temporarily suspended admissions and adoptions for a period of two weeks after two cases of the parvo virus were diagnosed in animals recently delivered to the shelter, county officials said earlier this week .

“On the recommendation of Dr. William Oglesby, our shelter veterinarian, we will not accept or adopt animals until at least November 8,” said shelter manager Anna Ellis. “This will allow us to monitor the animals currently in our care and prevent unnecessary transmission of the virus to any new potentially adoptable animals entering our facility. “

Canine parvovirus (CPV) is a highly contagious viral disease of dogs that typically causes acute gastrointestinal illness in puppies. The disease most commonly strikes puppies between the ages of 6 and 20 weeks, but older animals are sometimes affected as well.

“Parvovirus is extraordinarily resistant and infected dogs can shed large numbers of viruses, making it essential to completely disinfect an area once it has been exposed to an infected dog,” shelter officials said in a statement. Press. “The shelter follows strict cleaning. Daily protocols for disease control, but it will immediately use additional disinfection measures for both the facility and the agent transport vehicles, as recommended by our shelter veterinarian.”

In addition to not being open during normal hours, closure until at least November 8 would mean that at least one of the shelter’s previously scheduled extended hours days will have to be canceled or postponed. The shelter took two days in October, two days in November and two days in December during which it would remain open until 7 p.m.

“We regret any inconvenience this may cause our citizens, but certainly encourage citizens to visit us after this temporary period has ended and adopt a new pet,” Ellis said. “All of our incoming dogs are vaccinated for parvo as part of our standard operating practices, and it is a good reminder for pet owners to ensure their pets are also vaccinated.”