PETA and the military battle for animal injury research 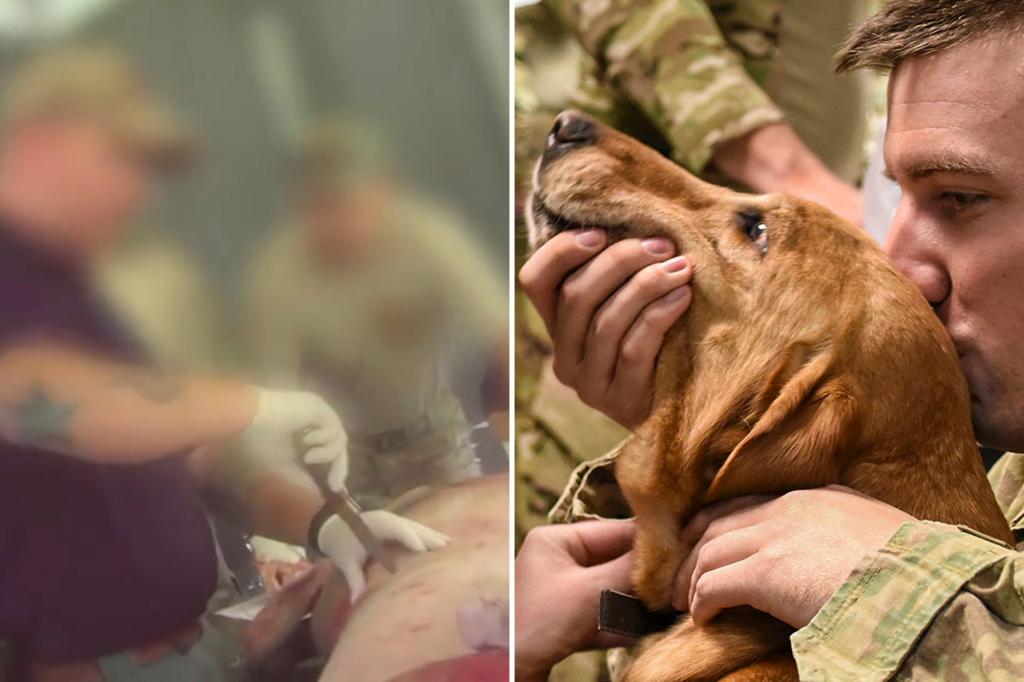 Animal rights group People for the Ethical Treatment of Animals has accused the military of ‘misleading’ the public by denying actively harming dogs and cats in experiments after a policy change took hold. was revealed by The Post last month.

The Army Medical Research and Development Command (USAMRDC) has quietly authorized the shooting of domestic animals as well as ‘non-human primates and marine mammals’ for injury experiments in an update to 2020, The Post revealed on September 30.

The document stated that soldiers cannot injure animals for training, but it may be acceptable to do so for research purposes with approval from the Animal Care and Use Review Office of the service.

USAMRDC spokeswoman Lori Salvatore said in a statement to the Post that the change does not affect the “intent” of the policy. However, Salvatore did not deny that the new formulation allowed animals to be harmed for research. On Thursday, she told the Army Times that the service has “no ongoing animal injury programs, despite PETA’s claims.”

“At the end of the day, we have studies related to injuries to cats or dogs,” Salvatore said.

PETA spokeswoman Tasgola Bruner said Friday that Salvatore’s comment was “misleading,” noting that the spokeswoman did not respond to the military’s admission in a response to the request for group records in July that at least one injury test had taken place since the policy was changed.

“It’s misleading for the military to give the impression that such animal weapon-wound testing isn’t ‘in progress’ without further clarification,” she said. “In fact, such testing by the military has recently taken place, as it has confirmed the existence of at least one ‘classified’ protocol of such testing.”

The military declined to provide PETA with the protocol document, citing an executive order exempting documents that threaten “national security or foreign policy” from disclosure under freedom of information laws.

The animal rights group appealed the USAMRDC last month and is now awaiting a decision before potentially taking the service to court.

Whether or not such testing is actively conducted, Bruner said the military should ban the practice outright. PETA sent an official letter to Secretary of the Army Christine Wormuth asking her to make the change.

“The bottom line is that current military policy reverses precedent by permitting the use of weapons to harm dogs, cats, primates and marine mammals in horrific tests, and this heinous nonsense must definitely be banned,” she said.