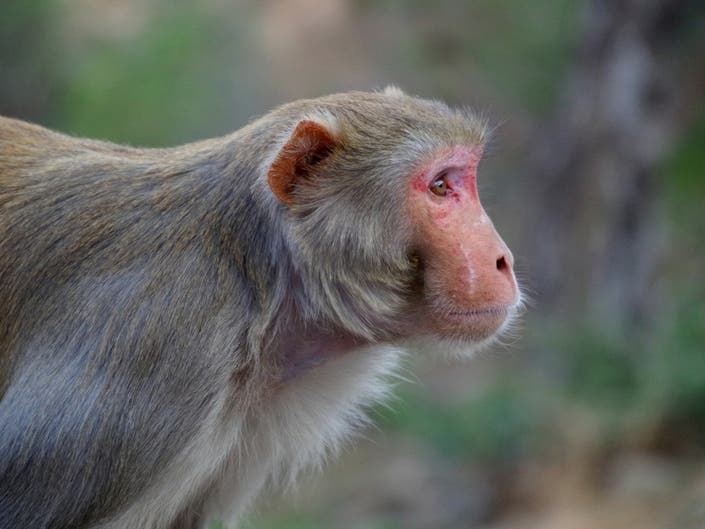 ATLANTA, GA – People for the Ethical Treatment of Animals (PETA) calls on the United States Department of Agriculture to investigate repeated violations of federal animal welfare guidelines at the Yerkes National Primate Research Center at Emory University that have made at least one dead monkey, according to federal documents obtained by PETA and reviewed by Patch.

PETA filed a formal complaint with the USDA on Friday calling for the agency’s “swift action” against Emory “for failing to meet standards of care for monkeys held at its facilities,” the complaint reads. Alka Chandna, vice president of laboratory investigations at PETA, said not only are monkeys abused in Yerkes, but these actions are being funded in part by taxpayer dollars.

Emory received more than $ 507 million in taxpayer-funded grants from the National Institutes of Health in 2020 alone, according to the NIH Awards Database, with $ 118.6 million allocated to research centers, including Yerkes.

â€œFor people who think they’re just apes, think about the fact that hundreds of millions of dollars from your taxes are going to fund this institution,â€ Chandna said. “Part of the reason these regulations and guidelines exist is because it’s about protecting taxpayer funding.”

The USDA inspects all non-federal animal laboratories, but all laboratories are still required to self-report any actions that violate animal welfare guidelines. According to letters between Emory and the Office of Laboratory Animal Welfare at the National Institutes of Health and obtained by PETA, Emory self-reported 37 violations between March 2018 and April 2021.

Three of the 37 violations also appear to have violated the federal Animal Welfare Act and the Animal Welfare Regulations Act, which does not protect animals like mice or rats, but protects monkeys like Yerkes’.

OLAW officials responded to each of the reported violations and acknowledged when Emory staff took corrective action to rectify the violations.

Records show that the following violations may have violated both AWA and AWRA:

A spokesperson for Yerkes emailed the following statement to Patch Friday, which did not directly deny or confirm the complaint:

â€œDedicated to cause discovery, prevention, treatment and cure, the Yerkes National Primate Research Center at Emory University fights Alzheimer’s disease in Zika and improves human and animal health around the world. is our animal colony, which allows us to provide unique information not available with other scientific models.

â€œYerkes bases our research on scientific integrity, expert knowledge, respect for colleagues, commitment to diversity, open exchange of ideas and compassionate, quality animal care. The center follows the regulations and guidelines of the National Institutes of Health’s Office of Laboratory Animal Welfare, the United States Department of Agriculture and the Emory Institutional Animal Care and Use Committee themselves report their concerns to relevant authorities and regularly review our animal care standards, practices and procedures, as well as our staff training programs to ensure that we are providing the highest quality care to the animals concerned. in Emory’s research programs. Since 1984, Yerkes has maintained the “full accreditation” gold standard of AAALAC International, a private, non-profit organization that promotes the humane treatment of animals in science through accreditation programs and voluntary evaluations. ”

Robert Gibbens, acting deputy assistant administrator of the USDA Animal and Plant Health Inspection Service, confirmed receipt of the complaint and said the department would “review the matter” in an email to PETA on Friday. morning.

Patch is awaiting a response from the USDA.

This isn’t the first time the USDA has investigated – or fined – Emory for violating animal welfare law.

Some of the fines imposed on Emory for AWA violations at Yerkes include $ 6,000 in 1996, $ 10,000 in 1998, $ 1,375 in 2005 and $ 15,000 in 2007, including an incident in which the bad monkey was euthanized because the animal’s identification code was “mistakenly entered the autopsy program,” and another where staff used “improper restraint” – duct tape – on several monkeys, according to USDA inspection reports.

â€œThe neglect that led to the death of this macaque is simply inexcusable,â€ USDA’s Betty Goldentyer said in a 2007 email of the monkey’s death by euthanasia.

It’s also not the first time that PETA has challenged Yerkes’ use of monkeys in its animal labs.

Because Emory / Yerkes is a private institution, the Freedom of Information Act does not apply to it – so one of the few ways to access private documents like autopsy and veterinary reports is to file a lawsuit. legal action, Chandna said.

In 2017, Yerkes sent a request to the US Fish and Wildlife Service to use an endangered monkey species, called soot mangabeys, in “limited invasive sampling, including anesthesia, collection of blood samples, skin and bone marrow, and MRI generally, but not always, during routine veterinary examinations for scientific research purposes. “

PETA and other animal rights organizations took legal action and Yerkes had to hand over 100 autopsy reports of sooty mangabeys – 78 of them were found dead or had to be euthanized at Yerkes between 2001-05, and 84 others died or had to be euthanized between 2011-15. At least two died of “self-harm” and others died of wasting, according to the records.

â€œThey were so sick they weren’t eating and they died,â€ Chandna said. “There were a lot of animals that had bitesâ€¦ you just have an idea of â€‹â€‹the hell these animals go through and all the circumstances in which it seems an idea about animal welfare has gone missing.”

While the USDA has already confirmed that it will look into PETA’s lawsuit against Emory, Chandna said she hopes to go further and file an administrative lawsuit, which could lead to more serious penalties such as suspension of claims. operations or seizure of animals.

“Emory has a long history of violating animal welfare law … [the USDA] can slap another fine here and that would be great, but what we would really like them to do, and what they can do, is actually take an administrative lawsuit against Emory, â€Chandna said. â€œIt’s much more serious, and obviously causes a lot more grief to the institution.