PETA urges US Prez Joe Biden to ask Anthony Fauci to step down; “Need for research without animals”

adminNovember 6, 2021Animal researchLeave a Comment on PETA urges US Prez Joe Biden to ask Anthony Fauci to step down; “Need for research without animals” 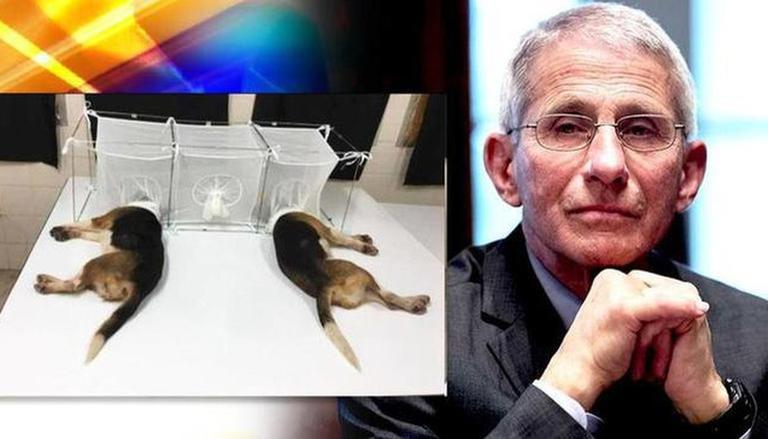 America’s leading infectious disease expert, Dr Anthony Fauci, continues to make headlines, either because of his controversial statements or because of his decisions. This time, too, it is a similar situation in which an alleged People for the Ethical Treatment of Animals (PETA) report surfaced in which it was stated that Dr Fauci was involved in funding genetic research. controversies at the Chinese laboratory in Wuhan. The affair has now taken a political turn, with the report also pointing to US President Joe Biden. According to the report, the Biden administration funded experiments in injecting parasites into puppies. Up to 44 puppies were used in the experiment, according to an animal rights organization. Some were also stripped of their vocal cords so that their barking was muzzled.

Speaking to The Hill, a representative from the White Coat Waste Project said the Fauci-led National Institute of Allergy and Infectious Diseases (NIAID) transferred a $ 1.68 million grant to the lab to conduct the experiments. in total. A second experiment involved injecting drugs into dogs in California, before being killed and dissected. Meanwhile, a third project saw puppies howl in pain while being experienced. According to a new submission from the animal testing group, the White Coat Waste Project, the National Institutes of Health spent $ 424,000 on a dog abuse study, Fee Stories reported.

Why is PETA forcing Anthony Fauci to resign?

The report alleged that the American physician-scientist and immunologist acting as director of the National Institute of Allergy and Infectious Diseases and chief medical adviser to the President of the United States, Dr Fauci, had funded the experiment. The report says it commissioned a study in which healthy beagles are given an experimental drug and then intentionally infested with flies carrying a pathogenic parasite that affects humans, Fee Stories reported. The animal rights group subsequently urged President Biden to resign Dr Fauci from his post. PETA has also urged its supporters to flood President Biden’s inbox, urging them to demand the resignation of America’s top infectious disease expert.

“We need PETA supporters to flood the president’s inbox with messages urging him to appoint a director who is committed to bringing the agency into the 21st century by investing in cutting-edge, cost-effective research methods. animals, ”reads the PETA campaign. In addition to PETA, a letter signed by Democratic leader Cindy Axne and Republican Nancy Mace, in which officials requested disclosure of total funds spent on the experiments, was also sent to President Biden. “This cruel procedure – which is opposed with rare exceptions by the American Veterinary Medical Association, the American Animal Hospital Association and others – seems to have been performed so that the experimenters did not have to listen to the cries of Pain of Beagle Puppies This is a reprehensible misuse of taxpayer funds, “the letter read.