adminOctober 19, 2021Animal fundLeave a Comment on Protecting biodiversity more urgent than ever – World 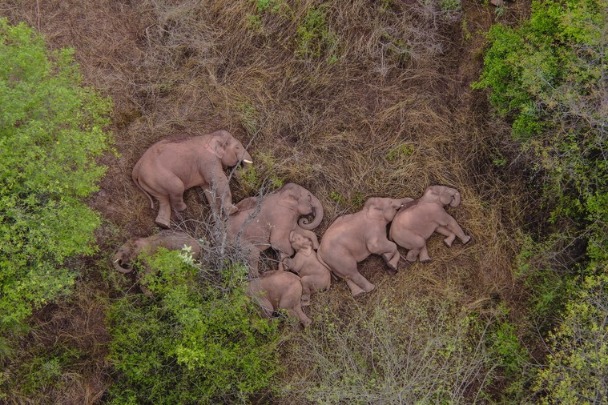 The world is losing its biodiversity faster than at any time in centuries past. The danger of this loss is enormous, and repairing the damage will require a coordinated global effort.

Speaking on October 12 at the 15th meeting of the Conference of the Parties to the Convention on Biological Diversity, President Xi Jinping directly addressed the danger by calling for the building of a shared community of all life on Earth. He highlighted China’s efforts to develop an “ecological civilization” in which humans and nature coexist in harmony, and said the country will launch the $ 233 million Kunming Biodiversity Fund to protect biodiversity. in developing countries.

The announcement marks a step forward in global efforts to protect biodiversity, and more countries are expected to follow suit. China’s commitment is the kind of effort the world sorely needs.

The issue of plant and animal protection is more pressing than ever.

The danger can be particularly acute in areas of the world that have the most biodiversity. These include places like Brazil, with its Amazon rainforest, parts of Central Africa, Indonesia or China, which is home to nearly 10 percent of all plant species and 14 percent of all plants. animal species on the planet.

So far, 20 parties to the Convention on Biological Diversity have been identified as mega-diversity countries by the World Conservation Monitoring Center of the United Nations Environment Program.

In the declaration of COP 15, which China hosted in Kunming, the capital of Yunnan province, all participants are called to take “urgent and integrated actions”, and countries are urged to put biodiversity at the heart of their development plans.

The problem is, while such statements are pleasant enough, they are political documents and by no means binding. It is very easy for countries to put a signature at the bottom of such a declaration and just as easy to forget it. The United States, for example, despite its power and resources, did not ratify the convention after signing it in 1992. Although the first United Nations Convention on Biological Diversity was signed in 1992, few its objectives have been achieved. A 2010 agreement signed in Aichi, Japan, led countries to set 20 goals to slow biodiversity loss and protect habitats, but, again, hardly any of those goals were met either.

The difference now is that the cost of not putting biodiversity and climate change at the heart of development policies is much, much higher.

An index developed by the British Natural History Museum suggests that by 2020, on average only 75 percent of its biodiversity remained globally, well below the 90 percent identified in the index as a safe limit to avoid an “ecological recession”.

The massive loss of biodiversity is accelerating climate change. Protecting biodiversity, on the other hand, could help limit the worst impacts and maybe even help reverse some of them. This is why the idea of ​​building an “ecological civilization” is important.

Yet a new target in place to protect 30 percent of the territories of UN member countries by 2030, known as “30 out of 30,” may prove difficult for many countries.

Some countries, such as Brazil and Indonesia, where more than 30 percent of the landmass is covered with biodiversity, would be at a disadvantage if they could not take advantage of the resources of much of their landmass.

Given the issues, it will be important for countries to work together to gauge each other. Brazil, for example, may be able to set aside well over 30 percent of its landmass and in doing so protect enough biodiversity-rich land to represent the shares of several other countries as well.

But for this to work, countries will need a multilateral push that pays them for their efforts. One way for rich countries to “pay” for their share may be to work with peers who may have the land resources to meet the “30 out of 30” goal, but not the financial goals.

Another target proposed at the biodiversity conference, for countries to cut subsidies by at least $ 500 billion a year for activities that harm biodiversity, has yet to be achieved in earnest.

Amid the challenges, the biodiversity fund and those of other countries can help spread the efforts of individual nations. This would go a long way in promoting “ecological civilization” and restoring balance in the world.

The author is Managing Director of Bahati, a Hong Kong-based editorial services agency. Opinions do not necessarily reflect those of China Daily.