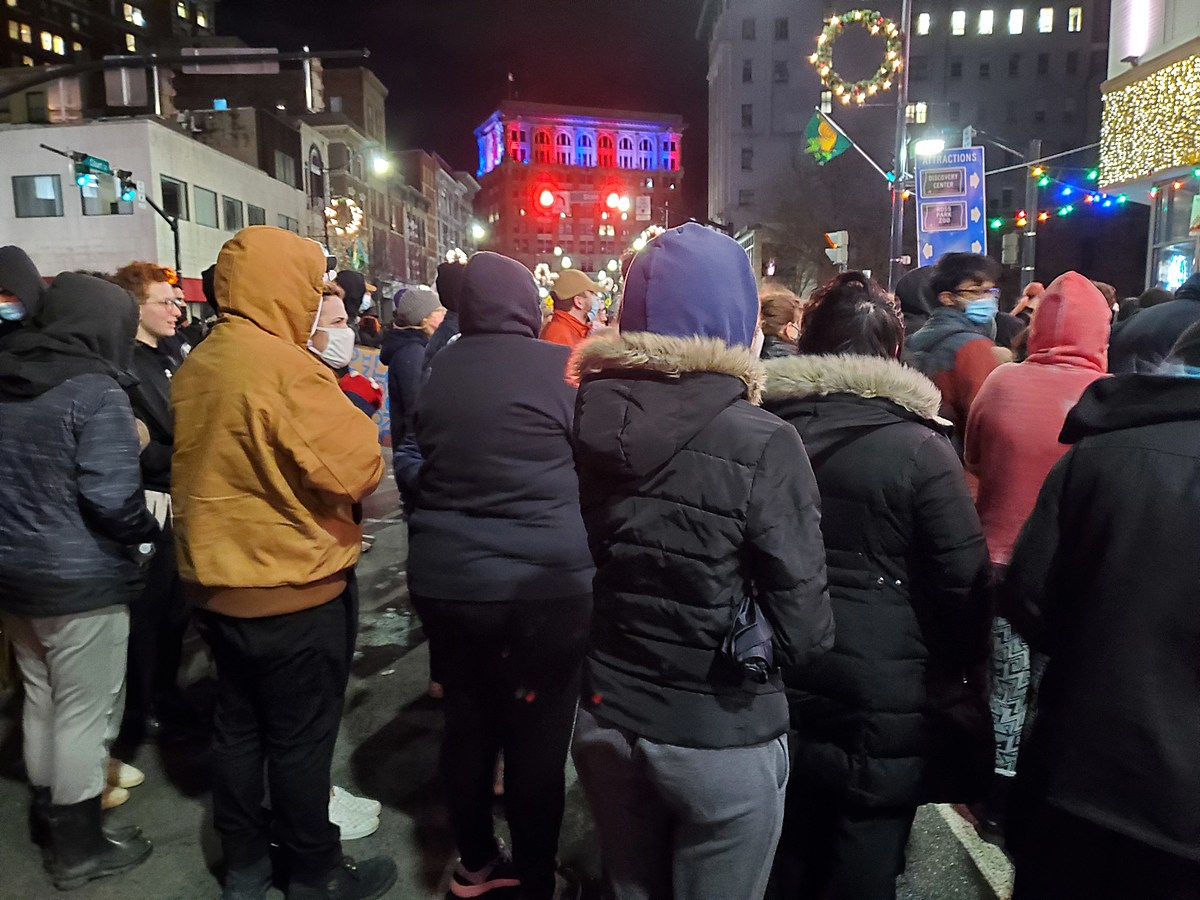 A section of Court Street in Binghamton has been closed to traffic during a protest as town police investigate allegations involving the owners of three town center bars.

A march and a demonstration took place on Saturday evening, the day after detectives announced that they had “actively investigated a November 28 incident involving the owners of The Colonial.”

Protesters gathered outside The Colonial and Dos Rios restaurants on Court Street. They chanted as they walked State and Hawley streets, passing at one point in front of the Stone Fox restaurant.

All three businesses have been closed in recent days following social media posts alleging people associated with the establishments were involved in incidents of sexual assault.

A member of the group that owns the restaurants declined to answer questions from WNBF News. He recalled a call Friday afternoon and said “no comment on anything” before hanging up.

After the march, several speakers addressed a crowd outside the Court Street restaurants. Some described incidents of sexual harassment and assault, as well as other inappropriate behavior on the part of business operators.

Christmas trees in front of Dos Rios have been felled. A tree was dragged to the entrance to the Colonial, where someone used black spray paint to scribble the word “Rapists” on the door.

Binghamton Police said Sunday morning they were not aware of any arrests related to the protest.

KEEP WATCHING: Find Out What 50 of America’s Most ‘Powerful’ Dog Breeds Look Like As Puppies