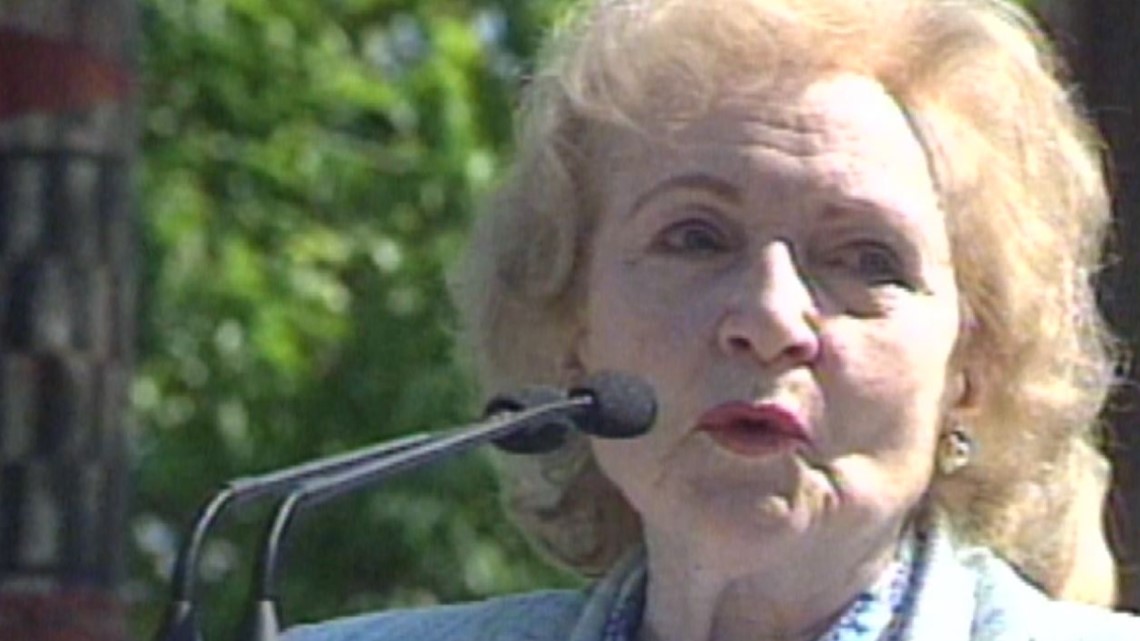 The â€œGolden Girlâ€ embraced her love for animals and visited the zoo twice for the grand openings of their exhibits.

LOUISVILLE, Ky. – “Thanks for being a friend.”

It’s part of the first line of the classic Golden Girls TV theme song, but it was a sentiment everyone shared when mentioning actress and icon Betty White.

She’s called a national treasure, in part because she left a legacy everywhere she went.

In the Ohio Valley, her travels took her to the Louisville Zoo in 1997 for the inauguration of the Islands Pavilion.

The exhibit featured crocodiles and large lizards, some were happy to be behind the glass.

During his visit, White was seen admiring sea lions but also shared his affinity for bats. She said the harder it was, the better.

â€œOh, I love bats! They are fascinating.

White was a known animal lover and passionate animal rights champion. She roamed zoos across the country and stood up for animals she feared leaving behind.

â€œWhen you come here, don’t miss the bats. They are so interactive and cuddly. They are absolutely adorable! “

Five years later, White returned for the opening of Gorilla Forest at the zoo. It was impressive for those who lived in Louisville.

“I actually didn’t expect that much, it’s really cool.”

She was blown away, saying the Louisville gorilla exhibit was a new standard she hoped to achieve at her home zoo in California.

â€œI have to tell you there’s a lot of envy and stuff like that because we couldn’t do it in Los Angeles,â€ White said. “We have a good zoo and we’re working really hard on a new gorilla exhibit, but we can’t compare ourselves to that.”

His trips to the Louisville Zoo brought buildup and excitement like that of a blockbuster movie.

But for White, it was always about animals and improving the lives of favorite furry friends on the planet.

White died on Friday and was only 18 days away from celebrating her 100th birthday.

A film slated for the Hollywood icon will screen in theaters on January 17, her birthday.