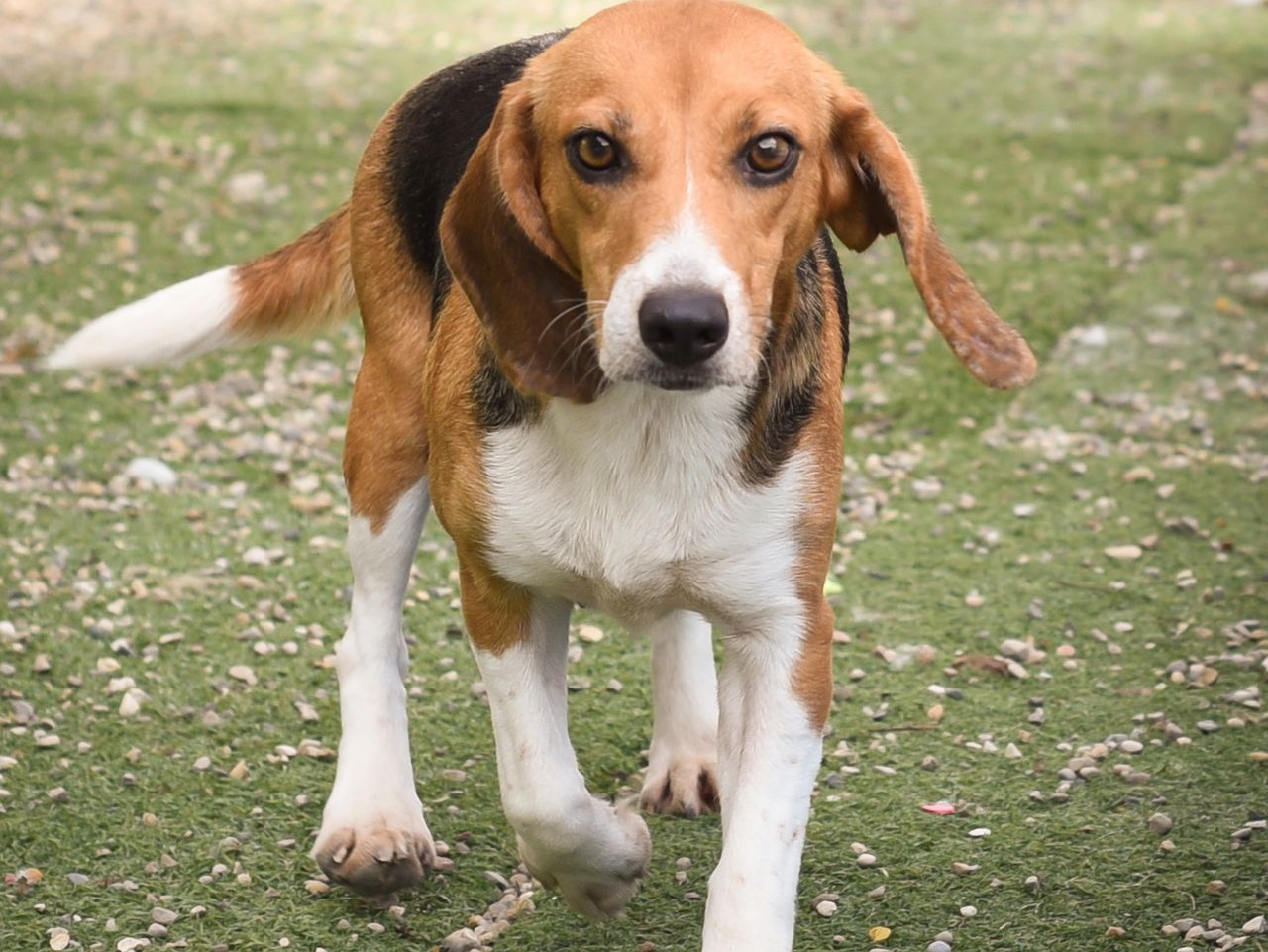 GRAND RAPIDS, MI — Twenty-one of 4,000 beagles rescued from a Virginia research facility have been adopted by families in western Michigan since their arrival in early August.

The beagles were removed in July from Envigo, a facility that breeds beagles for medical research after federal officials accused the company of violating animal welfare law.

The Humane Society of West Michigan in Grand Rapids has pending adoptions for 10 of the 15 puppies it received, while the Harbor Humane Society of Ottawa County has found homes for all 10 beagles delivered to them.

Before arriving in Michigan and other states, the dogs were malnourished, lived in filthy conditions and killed instead of receiving veterinary care, according to the Humane Society of the United States.

There are three beagles receiving medical attention that remain in the care of the Humane Society of West Michigan. Officials say they need a little extra love before they are put up for adoption.

“We wanted to get rid of these puppies as soon as possible,” said Brianna Shahly, marketing and communications coordinator at the Humane Society of West Michigan. “They’ve been locked up in cages all their lives; the last thing we wanted to do was put them in a kennel and keep them waiting.

Jen Nuernberg, director of marketing and strategic initiatives at Harbor Humane, said the beagles were in pretty good shape when they arrived.

“They were dirty and needed baths,” Nuernberg said. “Shy, but open to receiving love from people and happy to be there and meet each other.”

The first 432 beagles were rescued the week of July 30 before being placed with the Humane Society of the United States.

Placements for 3,000 of the 4,000 dogs have been made in the past month. The two West Michigan organizations are open to receiving more, but have not been told further details.

To learn more about the remaining beagles still available to the Humane Society of West Michigan, visit their website.