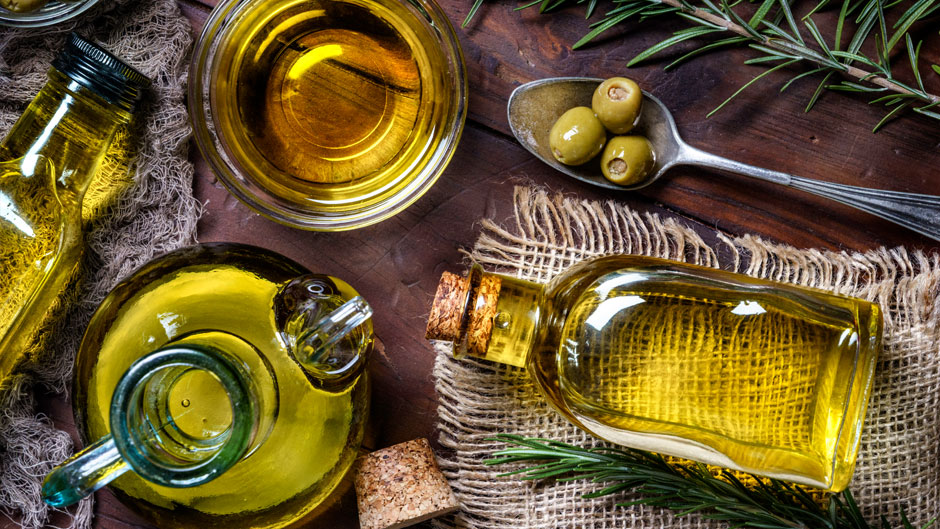 A staple of the popular Mediterranean diet, a new study reveals that olive oil, long known for its health benefits, may even reduce the risk of premature death.


For years, the Mediterranean diet has been touted as heart-healthy. Plant-based, full of whole grains, legumes, vegetables and olive oil, the diet is based on the eating habits of those who live near the Mediterranean Sea.

The use of olive oil is fundamental for the diet. Experts say using olive oil, a monounsaturated fat, is healthier than eating animal fats, and may help reduce inflammation and heart disease.

“Monounsaturated fats are healthier than saturated and trans fats, like coconut oil and butter,” said Dr. Michelle Pearlman, nutritionist and assistant professor in the Division of Digestive Health and liver disease at the Miller School of Medicine. “Olive oil consumption is associated with a lower risk of cardiovascular disease and decreased cancer, neurodegenerative and respiratory mortality,” she added.

Now there is even more promising news about the use of olive oil. A recent Harvard University study found that olive oil may also reduce the risk of premature death. The research was the first to focus on US citizens compared to earlier studies that focused on those living in the Mediterranean region.

The study assessed the dietary questionnaires of 60,582 women and 31,801 men in the United States from 1990 to 2018. The results showed that those who consumed the most olive oil (more than seven grams per day) had a 19% lower risk of total and cardiovascular disease. mortality.

Eytan Stern, clinical dietitian at the University of Miami Hospital and Clinics in the division of gastroenterology and hepatology, said he found the Harvard study important because it was very comprehensive.

Pearlman said she considers the study important because previous studies focused more on the risk of cardiovascular disease, but not on its effect on premature death.

Olive oil contains antioxidants and vitamins such as vitamin K and vitamin E, which are important for healthy blood vessels and immune function, according to Pearlman. It also contains polyphenols which research has shown provide anti-inflammatory and antioxidant properties.

But consumers should be careful when buying olive oils because they are not all the same. It’s important to read labels carefully, Pearlman pointed out. “Extra virgin olive oil is purer, unrefined and unfiltered, compared to regular olive oil which is more refined and processed,” she said.

The doctor and many other nutrition experts recommend that their patients focus only on consuming the majority of their fat intake from poly and monounsaturated fats. They should also limit excess fats from animal products, which are often high in saturated fat, as well as trans fats in baked goods and fried foods.

“The best options for fat intake include those from plants, like avocado, nuts, and seeds,” Pearlman said. For people who want to use oils for salad dressings and marinades, she recommends olive or avocado oil, but not in excessive amounts. Moderation is important, she says, because vegetable oils can contain calories.

Stern warns that consuming olive oil is not the end and should be used as part of a balanced diet.

“The overall quality of his diet is just as important,” he said. “If someone is consuming a lot of olive oil but continues to consume large amounts of added sugars, highly processed foods with food additives, and added sodium, while not meeting recommendations for fruit consumption , vegetables and whole grains, it is likely that the benefits of olive oil will not outweigh the negative effects of overconsumption of these other foods or nutrients,” he added. “Balance is the key.”