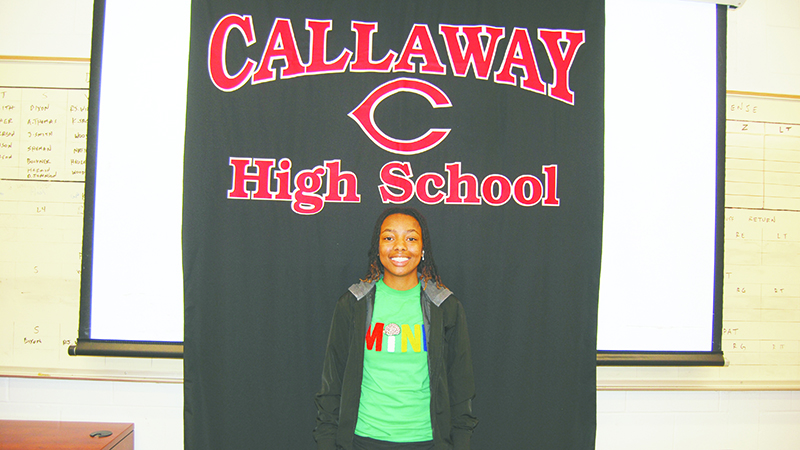 EDITOR’S NOTE: This story is part of a series about senior high school athletes in Troup County.

Johnson is 5’3 and is often overlooked on the field.

“I’m underestimated because I’m smaller,” she said. “I shoot three times to compensate.”

Cavaliers head coach Deyano Martin has helped her unlock her potential over the years, but she’s also worked with outside coaches to improve her game.

“I’ve worked with Coach Lucy from Harris County every offseason since 8th grade,” Johnson said. “All summer we work on shooting, dribbling, driving, everything. I definitely got better and faster working with her.

As her senior season draws to a close, Johnson reflects on what she loved most about being a Cavalier.

“I love the atmosphere and the energy,” she said. “The fans, the family members are really coming out and supporting.”

But what he will miss the most: his teammates.

Johnson, like many athletes, has pre-game rituals including listening to Lil Baby and eating her before the Chick-fil-A game.

“I get an eight count nugget, a small fries and a HI-C, no ice cream,” she said.

Johnson also competes on the Cavalier track team where she runs the 1600 and 3200 meter races. Last season, she finished third in the region in the 3,200 meters. At the end of her senior basketball season, she will head straight to her last running track of the season.

Johnson is more than just an athlete. She is a member of the National Honor Society and the 16Ways Foundation, where she helps build beds for those in need and distributes food boxes in the community.

Outside of athletics and community service, Johnson loves playing with his dog, Gunther.

“He’s a pitbull-beagle mix, so he’s a bit small and chubby,” she said.

She also enjoys baking cupcakes and brownies and has made it her own business selling them in the community.

Johnson looks up to her mom and knows she wouldn’t be in this position without her.

“She makes a lot of sacrifices so that I can play sports and come to this school,” she said.