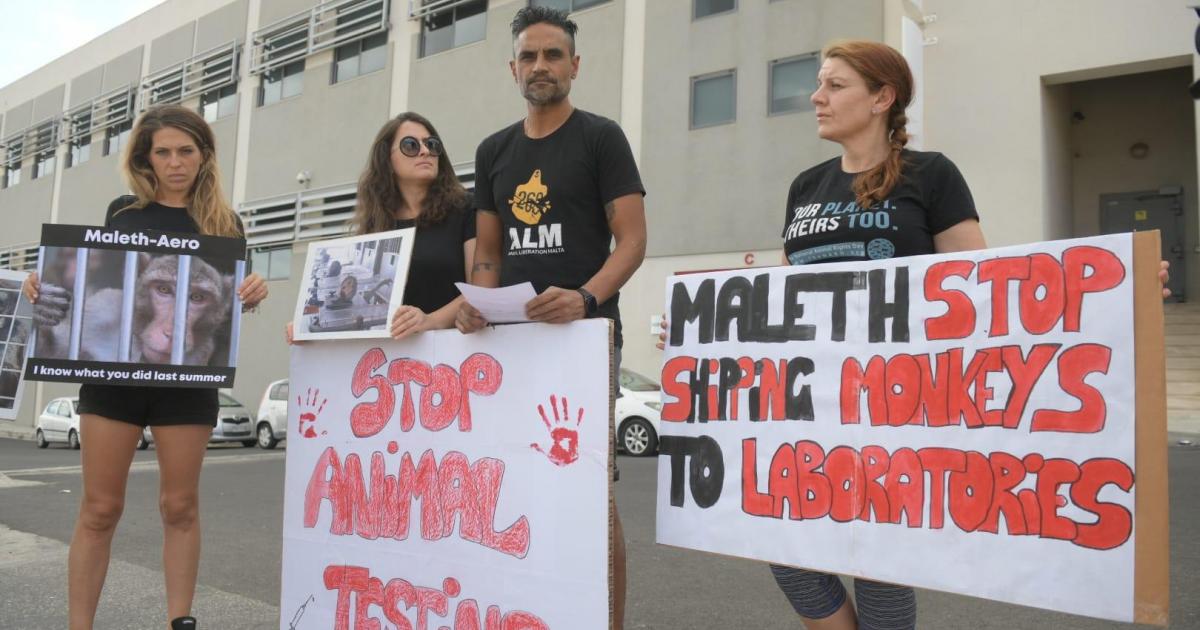 A Maltese animal rights group is calling on a Malta-based airline to stop flying primates to the US for research and testing.

Animal Liberation Malta announced on Saturday that it will join Action for Primates, One Voice, Stop Camarles and PeTA by urging San Ġwann-based Maleth Aero to refuse to play a role in what he called a cruel and immoral trade.

Members of the group told media on Saturday that Maleth Aero had become the latest airline to begin ferrying hundreds of long-tailed macaques from Cambodia to US labs.

They claimed the most recent shipment took place on September 1, with 360 monkeys reported being transported from Cambodia to Houston, Texas via Tbilisi, Georgia. The whole trip took about 30 hours and the primates were transported as cargo in crates.

Video by Action for Primates

“They may have had to endure inadequate ventilation, noise, extreme temperature fluctuations and road delays,” Haroon Ali said.

He added that such a journey is traumatic for sentient beings who would also suffer the agony of being torn from their families and social groups.

“It is heartbreaking to know the unimaginable suffering and death they still face at their destination – likely victims of the toxicity (poisoning) testing industry.”

Apart from animal welfare concerns, Ali also raised concerns about conservation issues as the long-tailed macaque is an endangered species with a declining population, he said. he adds.

Beside him, members of the ALM held signs reading “Stop animal testing” and “Maleth stop shipping monkeys to labs.”

Last month, ALM joined an international call to investigate reports that the airline was involved in shipping hundreds of endangered monkeys to the United States for testing.

He called on animal lovers to write to Maleth Aero urging them to end their involvement in the theft of the endangered monkey.

Independent journalism costs money. Support Times of Malta for the price of a coffee.