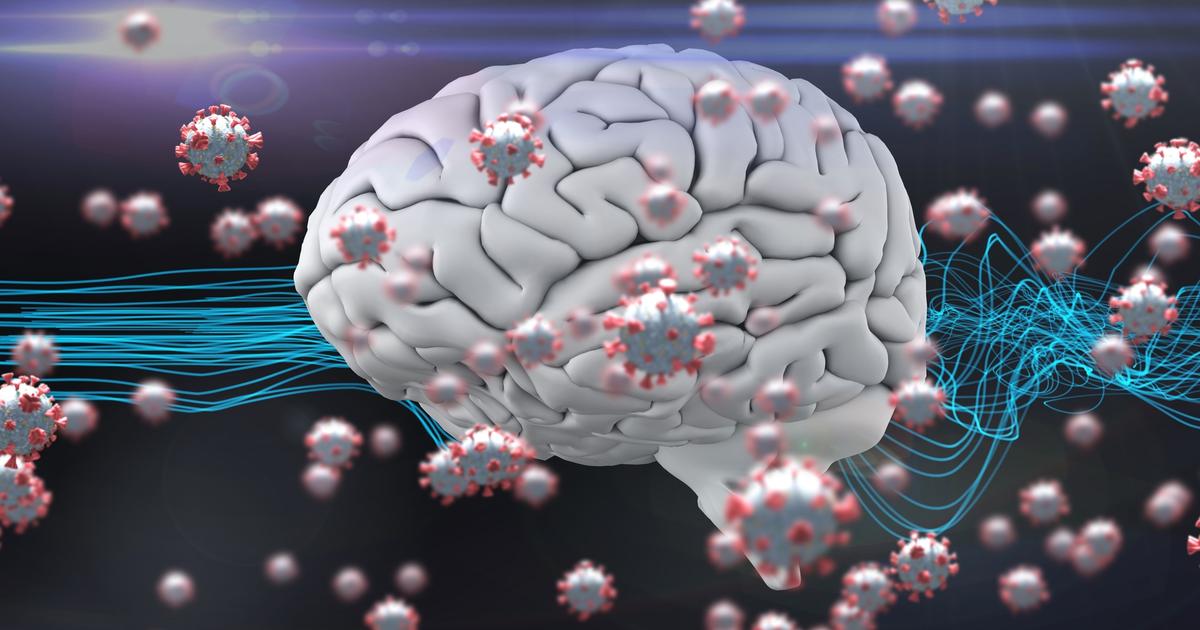 New research published in the journal Neuroscience of nature is the first to demonstrate how the SARS-CoV-2 virus can directly damage brain cells. An international group of scientists has found that the vascular cells that make up the blood-brain barrier can be destroyed by the virus, which can lead to the neurological symptoms, both short-term and long-term, commonly reported by COVID-19.

The effects of SARS-CoV-2 on the brain are still emerging as researchers rush to understand the full impact of this new coronavirus on the human body. Cognitive problems such as brain fog are commonly reported in those with persistent and long-term symptoms of COVID-19, and studies of brain tissue from deceased patients have detected molecular markers of inflammation, indicating that the viruses can affect the brain.

However, it is still unclear whether the SARS-CoV-2 virus enters the brain and directly causes damage, or whether the neurological symptoms are generated by systemic immune responses to the virus triggering some kind of neuroinflammation.

An in-depth study conducted earlier this year by neuroscientists at Yale University certainly demonstrated how the virus could directly infect brain cells, but there is ongoing debate as to whether this actually happens in real-world infections. Beyond studying brain tissue from deceased COVID-19 patients, it is unclear whether the virus explicitly infects brain cells.

This new study focused on a particular type of brain cells known as cerebrovascular endothelial cells. These cells are an essential part of the blood-brain barrier – the protective wall that helps prevent foreign or toxic molecules from entering the brain.

In order to study the effect of SARS-CoV-2 on these endothelial cells, researchers first examined brain tissue from patients who died from COVID-19. Jan Wenzel, a neuroscientist working on the project, says an increased number of dead cells have been found in COVID-19 patients, compared to a well-matched control.

Moving on to cell and animal experiments, the researchers then demonstrated exactly how the SARS-CoV-2 virus could kill these endothelial cells. And it is speculated that the consequence of this damage is a decrease in blood flow to regions of the brain, leading to cognitive problems or an increased risk of neurodegenerative disease.

“… we believe that direct infection of brain endothelial cells with SARS-CoV-2 leads to the expression of its main protease which cleaves NEMO, a protein essential for the survival of brain endothelial cells,” explains Wenzel . “Our finding could at least partially explain the neurological symptoms that appear not only during the acute phase but also in the long term of COVID-19, including the increased risk of stroke or epileptic seizures and long-term COVID. “

The study optimistically indicates that this damage could be reversible, and mouse models demonstrate possible ways to inhibit this damaging interaction between the virus and endothelial cells. Wenzel also believes that vaccination could reduce the damage caused by the virus to the blood-brain barrier.

â€œAs far as we know, vaccination protects against vascular damage since the immune system acts against the virus in our blood, from which endothelial cells are infected,â€ says Wenzel.

While this research is robust and in-depth, it is by no means a definitive answer to the effects of SARS-CoV-2 on the human brain. It is difficult to conclude with certainty that these signs of brain damage seen in deceased brain tissue samples were caused by the virus, or to know the long-term effects of these lesions.

Several researchers recently warned that there may be an increase in rates of neurological diseases such as Parkinson’s disease in the future due to the long-term effects of COVID-19. Australian researcher Zoe Hyde, who was not working on this new study, says these findings confirm the potential of COVID-19 to cause brain damage, and that it could likely lead to higher rates of dementia in the brain. ‘to come up.

“COVID-19 can cause brain damage,” Hyde said recently on Twitter. â€œI wouldn’t be surprised to see an increased number of adults developing vascular dementia in the years to come. “

Other researchers are more careful when it comes to inferring long-term neurological problems from this particular study. Geriatrician Kate Gregorevic maintains that the new findings do not reveal whether a mild case of COVID-19 affects a person’s future risk of dementia.

“The referenced study describes a series of brain autopsies performed on people who died of COVID, often hypoxia, most after weeks on a ventilator,” Gregorevic emphasizes. “It cannot be extrapolated to people with mild COVID.”

Vincent Prevot, co-author of the new study, is also a bit more circumspect, saying there are a lot of unanswered questions raised by these findings. He suggests that it is important to be aware of the potential effect of SARS-CoV-2 on the brain and to monitor patients for years to come.

“This awareness of the seriousness of the SARS-CoV-2 infection and its impact on the proper functioning of the brain is vital to allow the best possible management of infected patients in the years to come,” said Provost.

The new study was published in the journal Neuroscience of nature.